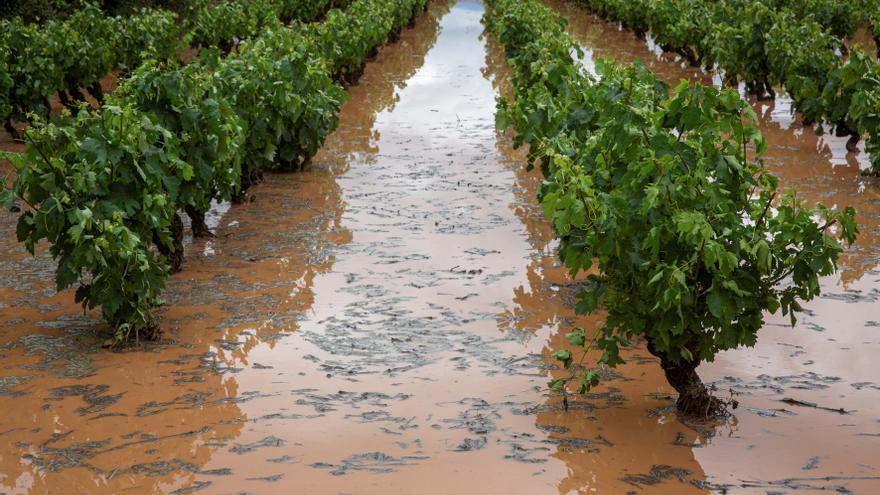 Logroño, Jun 14 (EFE) .- The storms that fell in the Rioja community this Monday have affected, above all, La Rioja Alta and the surroundings of Logroño, with special incidence in the cutting of roads and the railway section between the capital and Fuenmayor, where two people trapped in a vehicle have been rescued.

According to data from the Government Delegation in La Rioja, the Miranda de Ebro-Castejón railway, between Fuenmayor and Logroño, has been cut off to train traffic from 7:00 p.m. until tomorrow, predictably and depending on the job of the operators.

In addition, part of the Eduardo González Gallarza de Lardero school, municipality of the metropolitan area of ​​Logroño, has been flooded, so it has been agreed to suspend classes tomorrow.

Another of the nearby towns of the Riojan capital, Fuenmayor, has been one of the most affected by the storm, where some of its streets “have become” rivers and has caused the fall of people who were in the same at that time .

There have been problems in various communication routes around Haro, Navarrete and Fuenmayor, on the AP-68, A-12 and N-232, without accidents having been recorded.

Several roads in the regional network are difficult to circulate and the Civil Guard’s Citizen Security and Traffic patrols inform and assist affected users.

In addition, the storms in some municipalities, such as Lardero and Albelda, also in the Logroño metropolitan area, have been accompanied by hail, which has reached the size of a ping pong ball, so that in the next few days it will be evaluated the damage done in the field.