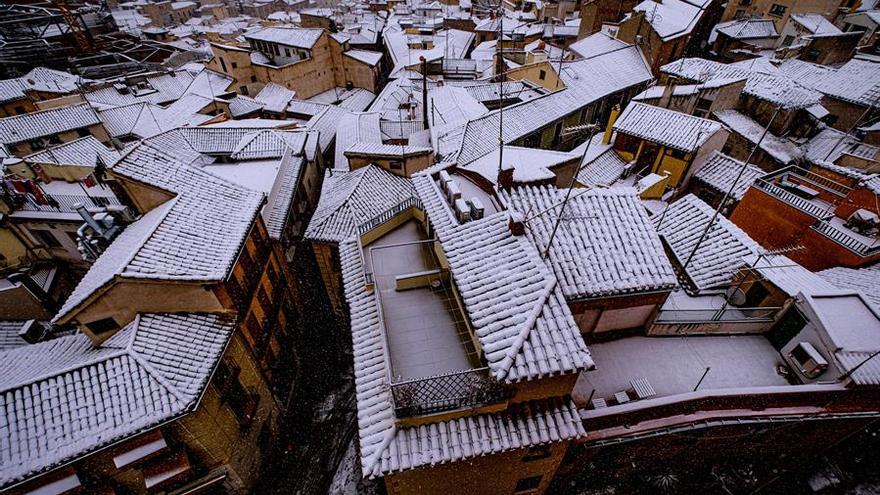 The storm Filomena, which arrived on the day of Kings to the Peninsula, the Canary Islands and Ceuta, has activated this Thursday the alerts in all Spain except in the autonomous city of Melilla. In half the country there is an orange warning for snowfall and heavy rain, especially in the south, and temperatures of down to -12 degrees are expected.

Early this morning Andalusia, Aragon, Castilla y León, Castilla-La Mancha, Catalonia, Madrid, Murcia, Navarra, La Rioja, Valencian Community, Ceuta and the Canary Islands were on orange alert (significant risk), due to cold, snowfall , wind and coastal phenomena, in the case of the southern coast and the archipelagos, according to the website of the State Meteorological Agency (Aemet).

The other communities, with the exception of Melilla, have a yellow warning (risk) for the same adverse meteorological phenomena, although the forecasts suggest that the alerts will disappear as the day progresses on the Cantabrian coast and in Galicia, where Filomena it will be noticed much less.

Early this Thursday, Andalusia was on an orange alert for rains of up to 100 liters per square meter in 12 hours in the province of Cádiz and in the Strait, snowfalls up to 20 centimeters thick around 800 or 100 meters in Jaén and 10 centimeters in Granada and also had a yellow warning for winds of up to 70 kilometers per hour in Malaga and waves of up to four meters on the east coast. In Aragon the alert is also orange throughout the day for snowfalls up to 10 centimeters thick in 24 hours in Teruel and minimums of up to -10 degrees in the Pyrenees of Huesca.

In Castilla y León the warning is orange for temperatures of -12 degrees in the León mountain range, -11 in Palencia and Soria or -10 in Burgos, Ávila and Zamora. Also in Castilla-La Mancha it is on orange alert all day for cold and snowfalls up to 20 centimeters thick in 24 hours in Albacete and somewhat less important in the mountains of Ciudad Real and Cuenca. Catalonia is in the same situation for up to -10 degrees in the Huesca Pyrenees and in Lleida and snow up to 4 centimeters thick in Tarragona and Extremadura the warning is yellow in the middle of the day due to snowfalls up to 2 centimeters thick above 400-700 meters.

Meanwhile, in Asturias there is a yellow warning early in the morning for lows of up to -8 degrees in Picos de Europa. The same in Cantabria, due to cold down to -9 degrees in the Liébana valley that will soften during the morning; and in Galicia, where -7 degrees in Lugo or -6 degrees in Orense are expected to rise in the morning. In the Balearic Islands there is also a yellow alert for force 7 winds and waves of up to 3 meters in Ibiza and Formentera.

Navarra, La Rioja and the Basque Country are on alert in the morning for low temperatures, especially in the Navarrese Pyrenees where they will reach -10 degrees, as well as in points of La Rioja, or -6 that they will have in Guipúzcoa and Álava, in So much so that in the Valencian community they will be all this Thursday on an orange warning for bad seas on the Alicante coast and snowfalls of up to 15 meters thick in 24 hours in the interior.