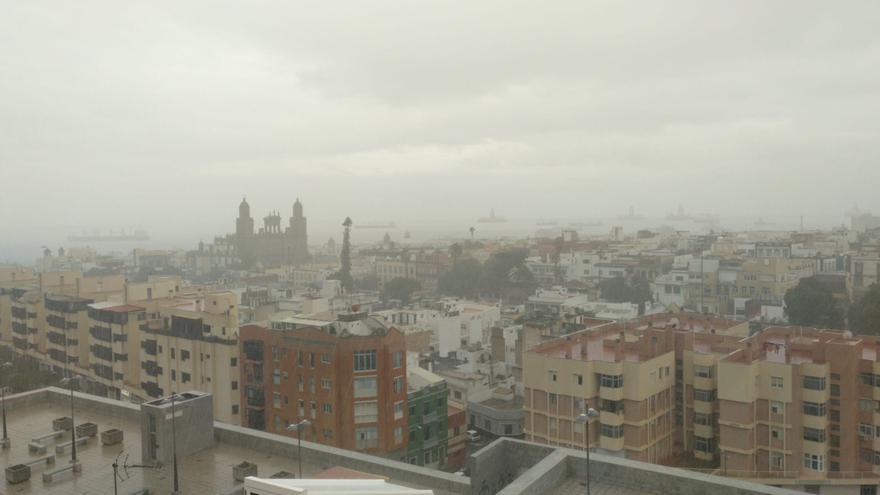 The storm ‘Bárbara’, which It has affected a good part of the peninsula and the Canary Islands in the last hours and which is already moving away, has left records of rains and hurricane winds in the country, with outstanding rainfall records in various parts of the country, including the island of La Palma.

There have been produced heavy showers, even torrential, with 21 liters per square meter in just 10 minutes in the town of El Paso, in an episode recorded on Tuesday morning, as explained by Rubén del Campo, spokesman for the State Meteorological Agency (Aemet).

In the Canary Islands, gusts of strong winds are also notable, such as one of 130 kilometers per hour in Izaña, in Tenerife, and another of 123 in Alto Igualero, in La Gomera, on Tuesday morning, he indicated. In the case of Gran Canaria, on Tuesday some strong gusts of wind what caused the fall of trees, and this Wednesday it is raining in areas like the capital.

It starts to rain 🌧️ in some parts of our city. Remember to take extreme precautions if you are going to drive, reducing speed and increasing the safety distance. 😉#Road safety pic.twitter.com/V8jRycirLY

In the whole of Spain, from 09.00 am on Tuesday 20 to that same time on Wednesday 21, the accumulated rains stand out, especially in the south of Ávila and the south of Salamanca, as well as in the north of the Cáceres province.

In the Port of Navacerrada, in Madrid, according to the Aemet spokesperson, never had it rained so much in a single day in October, when reaching 129 liters per square meter, and also the wind has also broken records.

At the Puerto del Pico station, in the province of Ávila, 294 liters per square meter have been registered, although the data is still provisional because the station lost communication for an hour, so it could finally exceed 300 liters per meter square in 24 hours.

Also noteworthy are the 53 liters per square meter in León, after registering “the rainiest day in that capital in October”.

In addition, torrential showers of only 10 minutes like that of El Paso have been counted on Tuesday afternoon in the towns of Alosno, in Huelva, and Fuente de Cantos (Badajoz), where up to 12 and 11 liters per square meter were collected, respectively.

In the north of the Iberian system, the data from Enciso stand out, in La Rioja, with gusts of 139 kilometers per hour, and in the central system the 134 kilometers per hour in Navacerrada (Madrid) are noteworthy, “also a record, with the strongest in this port in October ”.

Also noteworthy are 101 kilometers per hour in the city of Toledo on Tuesday night.