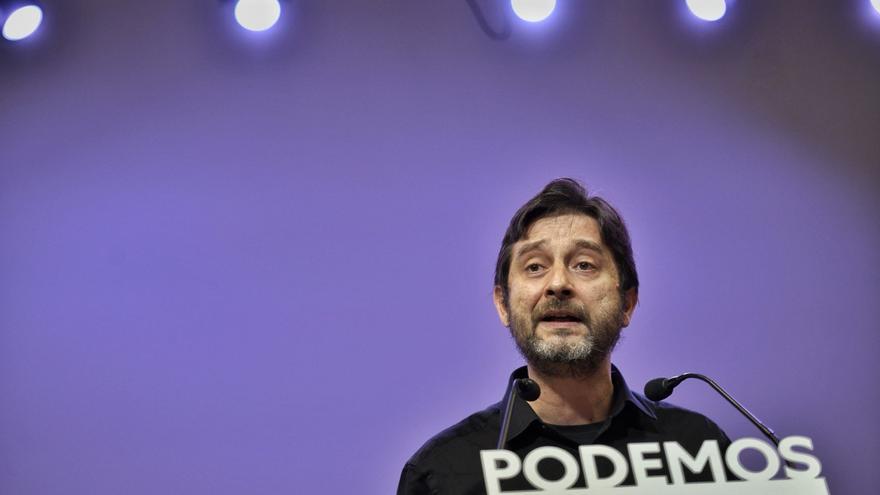 The PSOE has warned this Wednesday that it will not support more measures to paralyze the evictions because it is something that the Government “is already doing.” The Socialists will not support a CUP motion that urges the executive to suspend “all evictions and supply cuts” that lack a housing alternative during the pandemic, thus breaking the voting unit with its partner, Unidas Podemos, which will do so. .

Evictions due to COVID vulnerability – in which the affected person accredits a reduction in income in recent months due to the pandemic – continue to be suspended until January 31, although the reality is that there are still about 70 newspapers. The PSOE clings to these regulations and insists that, when the time comes, it will study whether a new extension is necessary.

The vote break is a new symptom of the open schism between the two government partners and their parliamentary allies on this matter. United Podemos, ERC and Bildu presented this Tuesday an amendment to the Budget project to paralyze all launches while the health crisis lasts. Vice President Nadia Calviño asked, in statements to Onda Cero, “not to mix issues” or “mislead” the main objective, which is to approve the public accounts. That is, it was unmarked.

That of evictions is an issue on which Podemos has been pressuring the PSOE for weeks. Although the official discourse of the competent ministry, that of Ábalos, is to wait until the end of January and ensure legal security, as this newspaper explained, there remains the possibility of bypassing the minister and for Pablo Iglesias and Pedro Sánchez to reach an agreement directly .

The motion – which in practice has no more impact than “urging” the Government to do something – was presented by Mireia Vehí, a CUP deputy, and received amendments from Unidos Podemos and ERC, key in the negotiation and approval of the General State Budgets together with Bildu. The final text, agreed by the three parties, contains five requests: that rent be regulated, that an appeal of unconstitutionality to the Catalan rent law is not presented, that evictions be suspended, that the social privileges of the Socimis and that the Sareb houses move to the public park. The PSOE refused to incorporate its elements into the final text and presented another amendment, rejected by the CUP.

Ciudadanos, Vox and the PP will vote against the motion, while Bildu, Podemos and ERC will vote in favor. It will be tomorrow. That the PSOE does not support it means not only that it separates itself from its government partners and allies in the PGE, but that it votes alongside the rights. “It worries us a lot,” acknowledged Mireia Vehí, CUP deputy and promoter of the text after the debate. “When the thing goes of economy, the PSOE is situated with the parties of right”.

Beyond the votes, the debate did not leave many surprises. United We Can Deputy Rafa Mayoral, who was a lawyer and PAH activist, thanked the popular movement and the tenant unions for “playing the game” and getting the debate to reach Congress. The PSOE housing spokeswoman, Eva Bravo, said she agreed with everything “but with nuances” and recalled that the Ministry of Transport is already working on the Housing Law, which will enable communities to regulate rental prices.

PP, Vox and Ciudadanos put the evictions aside and focused on the negative effects of rent regulation. Their arguments are summarized in that the regulations will reduce the supply of housing and will cause the opposite effect: a rise in prices. Both Vox and the PP took it further. “They are suicidal policies that bring ruin and Vox will not contribute to impoverishing the Spanish people,” said the deputy of the far-right formation, Patricia de las Heras. “Regulation is a star measure of any populist policy. The owners will withdraw their homes from rent and investors and companies will flee,” added Ana María Zurita, from the PP. “They will plunge this country into hunger and misery.”