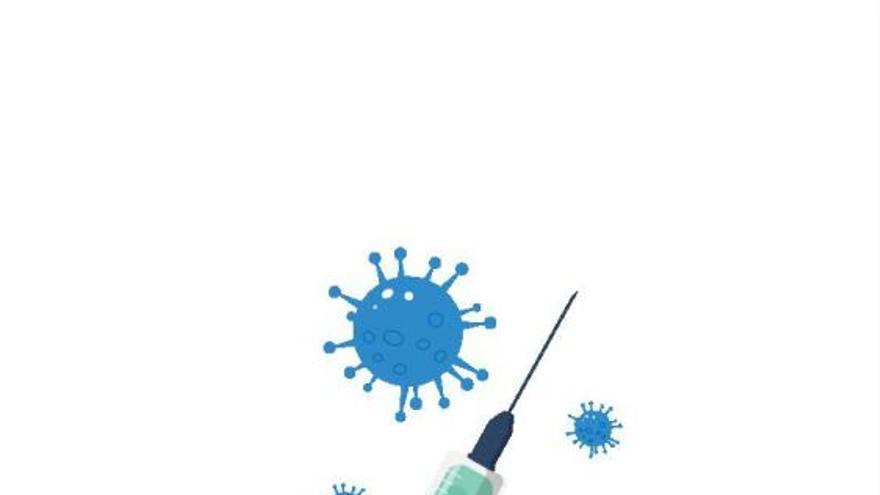 The Canary Islands vaccination plan has been disrupted by the abrupt stoppage of the AstraZeneca-Oxford vaccine since yesterday. In the next 14 days, the Archipelago will lose almost half of its vaccination capacity, which had already reached a rate of 8,500 daily doses. The forecasts were so optimistic that the Ministry of Health considered that 10,000 daily doses would soon be reached. And it is that the product designed between the University of Oxford and the AstraZeneca laboratory was rapidly catapulting vaccination in the Canary Islands, allowing it to advance at a rate three times higher than in mid-February and bringing it closer to the light that indicates the end of the pandemic tunnel . During the next two weeks, the Canary Islands will not use a single vaccine of this type – unless the veto is withdrawn before – which means that, for now, 75% of group 6, that is, the group of essential workers, you will have to wait before you can resume your protection against the coronavirus.

The AstraZeneca vaccine, due to its characteristics – agreed to be used only in those under 55 years of age – was being used to advance the vaccination schedule and protect groups that did not require extensive planning or bulky vaccination devices, such as essentials or vaccination devices. health workers who do not belong directly to the Canary Islands Health Service (SCS), such as physiotherapists, podiatrists or pharmacists. In a few weeks, the Canary Islands went from inoculating some 2,500 daily vaccines to reaching 5,000 and, in recent days, 8,000 vaccinations had already been exceeded in one day. With this preventive stop, which in principle will last 15 days, a time will be lost in which up to 100,000 more vaccines could have been supplied in the Archipelago.

This news has not only placated the good forecasts of mass vaccination for the Archipelago, the preventive cancellation of the vaccination by the Ministry of Health and many other countries of the European Union has tinged with fear and uncertainty part of the 37,400 vaccinated with AstraZeneca in the Canary Islands and, in turn, is contributing to undermine the population’s confidence in vaccines against Covid-19. “This is what will cost us the most to recover,” predicts the head of the epidemiology section of the Government of the Canary Islands, Amos García Rojas, who considers that the loss of confidence can also influence and delay the achievement of the goal of vaccinating 70 % of the Canarian population between now and summer.

State security forces and bodies and already vaccinated teachers have shown their concern after receiving the first dose. Those who have not yet received it, for their part, have expressed concern about not knowing “what will happen now.” According to the latest data provided by the Government Delegation, more than 4,600 members of the State Security Forces and Bodies (FCSE) and the Military Emergency Unit (UME) had received until last Friday the first dose of the vaccine against the Covid-19. It is unknown, however, how many teachers have received their vaccination. “Many affiliates have conveyed their concern to us,” said Juan Couce, of the Unified Association of Civil Guards (AUGC) in a statement, in which he stressed that “they do not know what type of vaccine they have been administered because the SCS he has informed them ”. “They call us asking for answers that we cannot give them and we are only trying to reassure them,” warned Gerardo Rodríguez, member of the General Secretariat of the STEC-IC teachers union.

“If they were worried before, logically more”, reiterated José Luis Gallardo, secretary general of the Spanish Confederation of Police. But the concern to which he refers is not so much related to the vaccine itself or its alleged adverse effects, but to the moment in which normality can be resumed in the vaccination campaign. “There is a lot of uncertainty and confusion among teachers about what happened,” said, for his part, Pedro Crespo, general secretary of Anpe, who criticized the position adopted by the Education Administration.

Being the interlocutor with the teachers, Crespo understands that “yesterday he should have sent a communication to the educational centers informing them of the latest news and health forecasts”. The fears fall on the second dose. “We know that it is at 10 or 12 weeks,” Gallardo stresses, who understands that, although there is a reasonable time to complete the vaccination schedule, this news produces a new situation of uncertainty. For his part, Couce said that it would be necessary to reach an agreement to “supply other authorized vaccines” to this group.

The suspension of the vaccine has generated a lot of excitement among the population despite the fact that to date there is no scientific evidence that indicates that there is a causal relationship between receiving the vaccine and suffering a thrombosis. Throughout Europe, 30 cases of thrombi of different types have been diagnosed, of which three have occurred in Spain. This number, which a priori might seem high, loses strength when compared to the 17 million people who have been vaccinated with this product throughout Europe. If, moreover, only reference is made to the type of thrombotic event that has caused the Ministry of Health to decide to suspend its administration as a precautionary measure – a cerebral venous sinus thrombosis – the figure is reduced to eleven.

“These cases have been found in a similar proportion to what would occur in the absence of vaccines,” said García Rojas, who explained that this means “that there will be one case for every million doses.” The head of epidemiology openly criticizes the communication policy that the European Union has followed when dealing with this situation. “The European Medicines Agency (EMA) has taken a long time to resolve whether these 30 cases have a causal relationship or chance,” said the expert, indicating that all this “has done terrible damage to vaccination.” “People are not understanding what is happening,” he lamented. While waiting for the scientific report to determine whether this vaccine could generate these adverse events by itself, the EMA defended that, for the moment, “no causal links” are seen. EMA Executive Director Emer Cooke admitted that there is “concern that there is an effect on confidence in vaccines” after the suspension of the use of AstraZeneca by several countries of the European Union as a precaution pending the results. Of the investigation. In any case, Cooke assured that she remains “firmly convinced” that its benefits against covid-19 outweigh its risks.