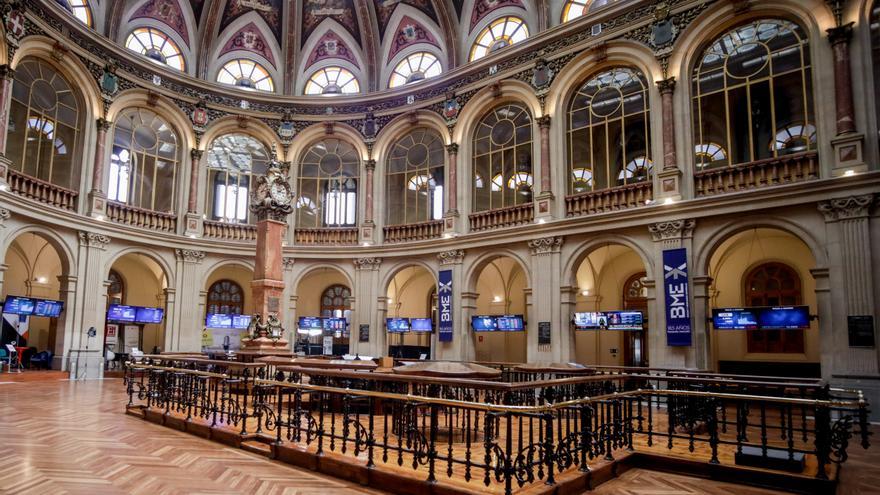 The Spanish stock market plummets more than 3% this Monday, reaching its lowest level since May, in a day of strong sales throughout Europe, where investors fear the economic impact that a second wave of confinements may have due to the advance of the coronavirus . The main European stock indices are in the red.

Specifically, the Spanish IBEX 35 is down 3.2%. Annual losses are already around 30% and, if it closed at these levels, it would be the worst session since the state of alarm was lifted in June. In Europe, the main falls were recorded in Germany, where the Dax fell by more than 4%. The Paris Stock Exchange fell 3.8%, while in Italy the fall was 1%. The London market is also down more than 3.5%.

Investors today remain cautious about the evolution of the pandemic that continues unstoppable in some European countries such as Spain, where today new restrictions on mobility have been put in place in various areas of the Community of Madrid. The United Kingdom also contemplates the possibility of applying a second national confinement. In this context, the sectors most affected this year, which have been banking and, above all, tourism, once again stand out among the losses in the Spanish market.

The most affected value on the Ibex is IAG, the holding company that owns Iberia, which fell almost 12%. After the British company are ACS, Amadeus and Arcelor Mittal, all with falls that exceed 8%. Viscofán is the only selective company that is listed in green this Monday. In addition, it was the debut day of the pharmaceutical company Pharma Mar on the Ibex, after MásMóvil left due to the success of the takeover bid carried out by three investment funds. The pharmaceutical company notes a drop of 6.7%.

The Madrid selective was completely dyed ‘red’ this Monday, after the credit rating agencies Moody’s and S&P Global have decided to maintain their respective sovereign ratings assigned to Spain, located at ‘Baa1’ and ‘A’, respectively.