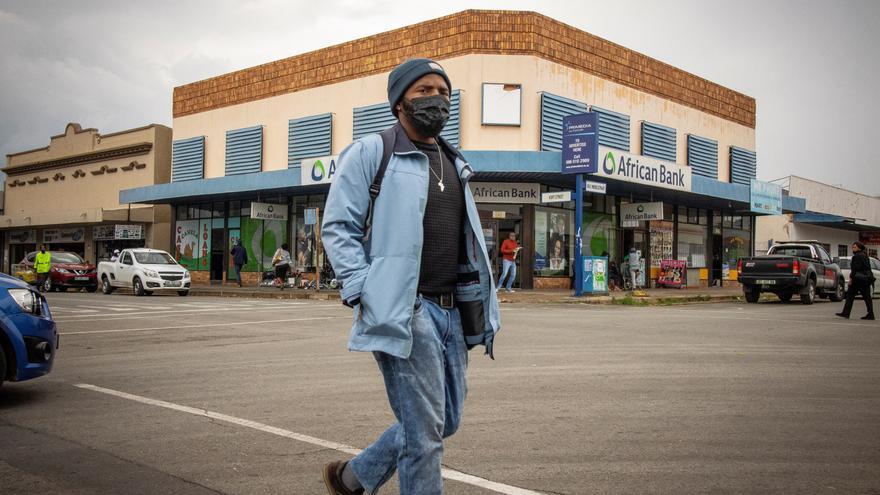 The deadly flu pandemic of 1918-1920, which killed between 17 and 100 million people worldwide, has become a historic event with many similarities to the current COVID-19 pandemic. At that time there were also protests against the use of masks, there were many hurries to return to normality in many regions after the first wave and there was no shortage of the various conspiracy theories about who had been responsible for its expansion (one guilt that, in many cases, the Germans unjustifiably took).

Another facet of the 1918 flu that reminds us of how the same mistakes of the past are repeated over time is in the same name it received: “the Spanish flu.” Although even today it remains an enigma where the virus responsible for the pandemic originated, all the evidence suggests that Spain had nothing to do with it. When our country began to suffer the ravages of the deadly virus, it had already spread throughout the world due to the movement of military troops during the First World War.

Why then did you get the name “Spanish flu”? Because Spain, unlike many other countries, reported transparently on the diseases and deaths caused by the virus in its population, since it remained neutral in the great war. The other nations, embroiled in the war, censored the news about how the flu impacted their territories, so as not to give sensitive information to the enemies.

The stigma of being the first to report transparently on the emergence of a new pathogen has been borne again by South Africa, to be detected and announced before anyone else in the world the existence and expansion in its territory of the omicron variant. Following the statements to the media by the South African Minister of Health, Joseph Phaahla, about the new variant last Thursday, November 25, many countries in the world implemented tough travel restrictions to that country with the aim of trying to limit its expansion.

Many experts in Public Health and the World Health Organization (WHO) have considered this measure harmful because it will not be effective in preventing the arrival of omicrons (in any case, it will delay it a bit) and because it may deter other countries in the future announce with transparency the presence of new variants, for fear of the consequences, such as the closing of borders.

Although there is still a lot of uncertainty surrounding the omicron variant, one detail seems clear: the day that South Africa alerted of the existence of the new variant, this It was already circulating in several European countries for weeks, including Spain. The Netherlands, for example, detected the presence of omicron in samples between November 19 and 23. In Catalonia, remains of this have been detected new variant of SARS-CoV-2 in wastewater since 2 weeks ago.

As more samples of infected people are analyzed in different places, it will be confirmed that the South African country has been an early watchdog when it comes to detecting a new variant that was already present in different parts of the world. It is a totally predictable phenomenon: from the time a new variant appears until it is detected as such in the laboratories, several weeks can elapse in the best of cases.

With regard to the omicron variant, it is very likely that its origin goes beyond a few weeks. Genomic analyzes of different samples with SARS-CoV-2 have observed that the most related viruses detected with this new variant date back to April-May 2020. What has happened from that date until now? There are two most likely hypotheses: Either the coronavirus was circulating continuously in an area with poor genomic surveillance, or the virus chronically infected an immunosuppressed person, giving them the opportunity to accumulate multiple advantageous mutations.

As I explained a few months ago, in the lottery of new variants of the coronavirus, there are situations that favor the SARS-CoV-2 mutation and it is not by chance that it is Africa where the omicron variant has emerged, nor that South Africa has detected it. In this continent there are conditions that form a perfect storm for the potential appearance of new variants of the coronavirus: low vaccination rate, persistence of infections, reduced capacity to detect and track new variants (through genomic analysis), scarce health and socioeconomic resources to identify coronavirus infections and establish measures to cut infections, millions of people with immunosuppression …

On the other hand, South Africa, unlike many other African countries, has a very robust surveillance and sequencing system, which has allowed it to identify variants such as omicron relatively quickly. It is very likely that the omicron variant emerged in an African country with hardly any genomic surveillance and that, over time, it made the leap to South Africa, which quickly detected it.

This country should not be punished for having done a good scientific job in surveillance of SARS-CoV-2 and for having transparently communicated its findings. Thanks to this information, scientists from many parts of the world are now working against the clock to find out what characteristics the omicron variant has so that health authorities can make better epidemiological decisions. If altruistic decisions are punished, what is rewarded is selfishness: that countries or scientists decide to keep quiet or delay the announcement of new variants to avoid the possible socioeconomic damage caused by the stigma of identifying a new variant. A dire reaction in the midst of a global pandemic.