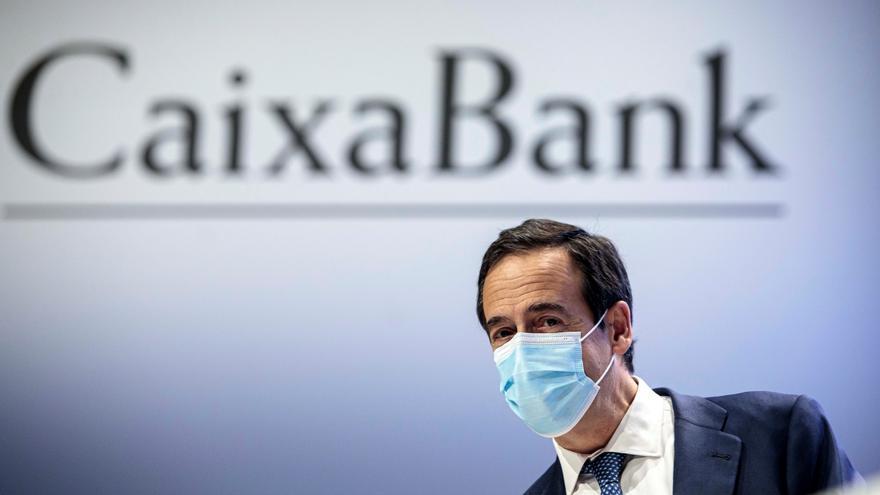 The State can now estimate its first dividend in CaixaBank. The Catalan group announced this Friday, in its last presentation of results before absorbing Bankia, that it intends to return to pay shareholders during the second quarter of the year after the ECB lifts the veto on the dividend it established due to the crisis of the coronavirus. Specifically, it has advanced that it will pay 2.68 cents per share and the State will already participate in the distribution by then.

Taking into account the prospectus of the merger between CaixaBank and Bankia, the shareholders of the entity that was rescued in 2012 correspond to slightly more than 2,000 million shares. With this, it is estimated that the first dividend that corresponds to the State, with 60% of Bankia, will be around 34 million euros. The CEO, Gonzalo Gortázar, has estimated that it will be a total of 216 million euros that the bank will allocate this year to dividends charged to the results of 2020. The State will thus return to collect dividends for its participation in the banking sector, after that in 2020 Bankia will remain unpaid for the veto imposed by the ECB.

It must be borne in mind that this dividend is still limited by the ECB and would correspond to 15% of the profit of both entities. It will be from next year when the bank returns to a more expansive dividend policy. The outgoing Chairman of CaixaBank, Jordi Gual, explained this Friday that it will be up to the new board of directors of the bank after the merger to create the entity’s new dividend policy. In any case, the 2020 dividend still requires approval by the bank’s future shareholders’ meeting, the first with Bankia investors.

Gortázar has pointed out that the integration with Bankia is going according to plan, pending approval from the authorities. “I think that this operation is not going to restrict competition, it is going to make us stronger and more capable of competing,” said the group’s CEO, who will remain in office. At the moment, no estimates have been made regarding the reduction of personnel or offices when the operation is completed. The new president of CaixaBank, José Ignacio Goirigolzarri, already advanced this Thursday that the objective is for the Bankia brand to disappear in summer.

Gortázar has also come to assess during the press conference to present the results some of the issues that are focusing the debate in the sector, such as the eventual charge for customer deposits. As Bankinter did, CaixaBank has decided not to follow in the wake of BBVA, the first bank that, given the fall in interest rates, has announced that it will charge for it. “We discard the collection of deposits to individuals”, has settled the manager.

The CEO of the group has recognized that an increase in delinquencies is expected during 2021 as an impact of the economic situation caused by the coronavirus, although it has limited the problem for banks. “The impact will be seen in SMEs and the self-employed in the sectors most affected by the restrictions. But the impact will be absolutely manageable,” he pointed out. “My expectation is that the peak of non-performing loans will occur this year,” he added, noting that, in any case, it will not be much higher than the current level. The bank closed 2020 with a delinquency of 3.4%.