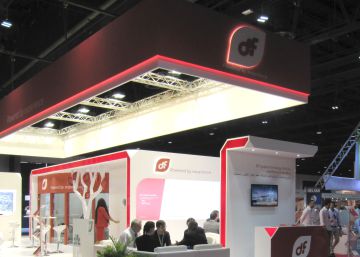 Duro Felguera's cross road is lengthened, with disagreements between the creditor banks and the group's dome as a great obstacle. The State, through ICO and Cesce, tries to assist the engineering firm, but it is still paralyzed by the lack of guarantees, cash consumption, the problems to finalize projects and, therefore, make cash with them .

The liquidity needs of the Asturian company are pressing. But most of the banks that have supported it in the past and are part of the union that approved its financial restructuring a year ago refuses to add one more euro to what they currently consider a bottomless pit.

Banco Cooperativa, Sabadell, Liberbank, CaixaBank, BBVA, Sabadell, Bankia and Santander – the entity headed by Ana Botín is the one that leads the union with the highest percentage of credit – warn that the guarantees for 100 million euros provided will not be provided either in the refinancing that closed the summer of 2018. Financial sources indicate that the insurance company Cesce, controlled by 50.25% by the State, has committed to shield at least half of the amount of the guarantees. But banks accuse the company of poor management and close that door, according to sources familiar with the situation. However, on July 25, Duro Felguera assured the CNMV that it has a negotiation process with them to obtain these guarantees, the sap necessary to present itself to new projects and make cash in the future.

Financial sources blame the company for not doing its homework, after presenting a new strategic plan at the end of May that replaced the one of June 2018. “The logical process would have been that it was finishing the projects, entering money for them and that at the same time off releasing guarantees, ”says a director of a creditor.

The lower contracting has resulted in a lower cash flow than projected and extra needs have been found in toxic projects. Deloitte was responsible for reviewing the portfolio, which is divided into three types: profitable businesses, those that can move forward with limited efforts (relaunching) and failed ones

The other agency dependent on the pending State of Duro Felguera is the Official Credit Institute (ICO), which negotiates with the company an injection of liquidity, according to financial sources. A spokeswoman for the public bank says that now Duro Felguera is not a client, although he does not deny the talks.

The company estimated its needs for fresh money to execute projects at around 60 million euros, as revealed in its 2018 accounts, published on March 29. He asked his clients for help as potential funders, in addition to mentioning financial institutions.

The most possible banks are in favor of studying changes in certain contracts to inject financing. Duro Felguera states that payments to suppliers are up to date, although other sources claim that invoices begin to pile up without paying. The gross financial debt of the engineering group was 106.7 million, and since the company has come to propose a new take away to alleviate its situation.