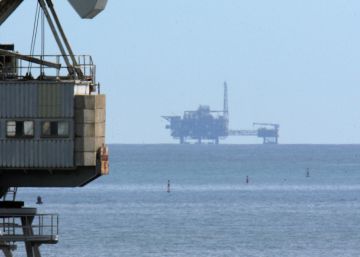 The Government already has an answer to how it should proceed with the debt he owes to the creditor banks of 1,350 million that cost the Beaver, the failed gas installation off the coast of Castellón that had to be closed after registering hundreds of small earthquakes. The State Council, the highest advisory body of the Government, has just told it that it has to pay the debt to the banks and Enagás, which has incurred the costs of hibernating the facility, as soon as possible, because otherwise it risks incur higher expenses.

"In the opinion of this Council of State, the corresponding legislative initiative must be promoted promptly in order to avoid economic damage to the State as a result of its delay -payment of interest- and of bordering any other undesirable effects that may occur," five opinions indicate. dated June 2019 but recently made public in the Official State Gazette. The opinions correspond to each of the three creditor banks (Caixabank, Bankia and Santander), Enagás and Escal UGS, the 66.7% controlled company by ACS that built the facility.

The invoice of Beaver is very tangled up in court: the creditor banks appealed to the Supreme Court to demand the return of the amount already contributed and in addition Enagás presented a claim for months against the State to recover the money that has been used in the maintenance and security of the warehouse, which remains closed and in hibernation since 2013. The bill is getting fatter and for now the Ministry of Ecological Transition has not said how it will cope.

The origin of these discrepancies in the form of a cascade of lawsuits is found in the ruling of the Constitutional Court that in late 2017 annulled the royal decree law with which the Rajoy Government designed the rescue of Castor's concession. According to that rule, the cost was passed on the consumer gas bill for 30 years and the Government also entrusted Enagás with the maintenance of the warehouse while deciding whether to permanently close it. The decree law generated two expenses: about 80 million euros per year of payment to the three creditor banks and between 8 and 9 million euros per year to maintain the facility. After the ruling, the Government stopped paying those 80 million euros annually.

In its opinions, whose content was advanced by the digital newspaper Information, the State Council stresses that it is necessary to recognize payments to all interested parties, "charged to the gas system and not to the General State Administration". The decision of the Council of State also ensures that this payment must be carried out with the "approval of the corresponding norm of ordinary legal rank", as indicated by the Constitutional Court in its ruling. The Ministry of Ecological Transition has not ruled on the content of the opinions.