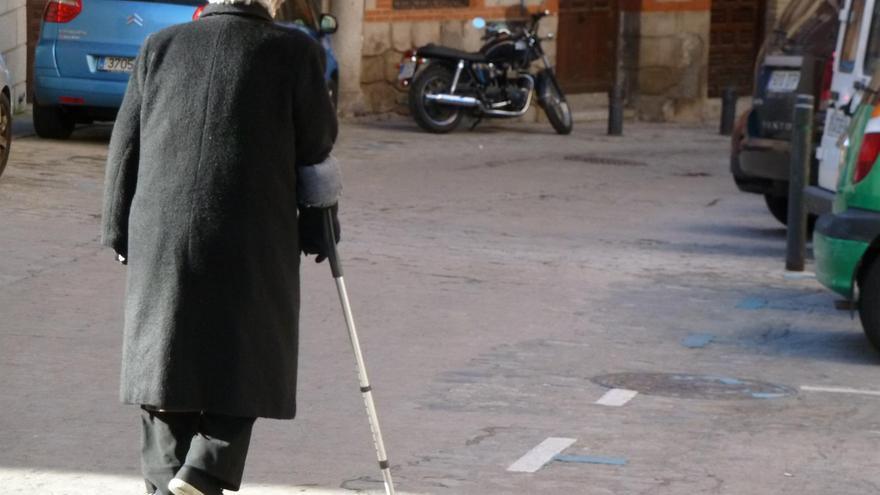 The autonomous communities contributed in 2019 83.9% of the total budget of the Autonomy and Dependency Care System (SAAD), 7,221 million euros, while the State contributed 16.1%, 1,368 million euros. This is the lowest percentage contributed by the Central Administration since the Dependency Law was approved in 2006. It all comes from a new report by the Association of Directors and Managers of Social Services, a benchmark in the sector, which analyzes data from Institute for the Elderly and Social Services (Imserso), of the Ministry of Social Rights and the 2030 Agenda. According to the same law, the percentage of funding provided by the State and communities should be 50%, but year by year the difference has widened – in 2009 the State gave 53.2%; in 2018, 20.3% -.

“State funding stagnated after the cuts in 2012 and even its percentage participation low compared to the previous year, being the lowest value in the history of the Dependency Law. It is obvious that – regardless of political instability – someone has considered other priorities “, diagnose from the Association. The Association points out as a reason for the “setback of the System” that they observe from this and other indicators, in addition to the burden of the cuts in 2012, the lack of General State Budgets (PGE) since 2012.

This same Tuesday, the Government has presented its PGE bill, which will have to go ahead in the Cortes. Pablo Iglesias has advanced – pending the final document, which will be made public tomorrow – that they will increase the State’s contribution to the Dependency System by 46%, an injection of 600 million euros. It will be “to reduce waiting lists and improve dependency benefits, reversing the cuts perpetrated in 2012”. The Ministry of Social Rights wants to apply a “shock plan” for the agency, which they already announced a month ago. 2020 is being a year that has hit the users of the system hard. In just eight months, more people on the waiting list have already died than in all of 2019.

For the sector, 600 million are still insufficient. The president of the Association, José Manuel Ramírez explains that “600 million is an advance, but it is still an announcement,” especially since that amount would cover 22% of the System, still far from the 50% target. They, and other regional agents, calculate that the necessary amount is 1,500 million and, also, that they should not be injected through the PGE but by royal decree. “This would take effect in the middle of next year while in Spain so far this year a dependent person has died every eight minutes,” continues Ramírez. In other words, they ask for an increase in financing urgently, not subject to the negotiation of budgets: “It is always better to increase than to reduce, the PP has cut back since 2012. But we have to make that assessment” –

The Association also denounces the “accused territorial inequality”, habitual in the destined to the dependency. The one that invests the most is the Basque Country, 368 euros per inhabitant and year, followed by Extremadura (286) and Castilla y León (261). The least, the Canary Islands (95 euros), Galicia (142) and the Balearic Islands (143). The ones that increased their budget the most compared to 2018 have been the Balearic Islands (up 32%), Valencian Community (18%) and, despite their total being at the bottom, the Canary Islands (16%). Those with the least were the Principality of Asturias, 0.3% less, Extremadura, only 1.6% more, and Catalonia, 2.2%. The Valencian Community was also the one that has achieved the greatest quantitative increase in its social policies in the last ten yearsTherefore, the president of the Association has already recognized the current regional government and its “spectacular” progress. On the other hand, on other occasions they have already warned about the setback in social policies in recent years in Catalonia.

The end result of all the budget cuts is “the impossibility for the autonomous communities to attend to what they have ahead.” The waiting list of people who have a recognized degree or another –I, II or III– of dependency amounts to 234,000 citizens. There are another 147,000 who have requested an assessment but have not yet been examined – on average, 80% end the recognized dependency. The waiting list has been reduced somewhat in 2020, they recall from the Association, but not for a good thing but because there have been, they estimate, 43,275 deaths on the agency’s waiting lists in this year of the COVID-19 pandemic, “27,116 died in the ‘dependency limbo’, people who were entitled to receive a benefit and died without receiving it and 16,159 who died while waiting to be assessed.” The total number of people who are being cared for, as of September 30 – the latest Imserso report – is 965,592.

“The funding of the agency was cut through a Decree-law in 2012, that is, appealing to circumstances of” extraordinary and urgent need “, they recall.” The apparent impossibility of serving the most vulnerable people is creating a situation as cruel as the one that caused that Decree. A situation that is not yet considered, of “extraordinary and urgent need”, since that “longed for” decree law does not arrive, synthesized from the Association.