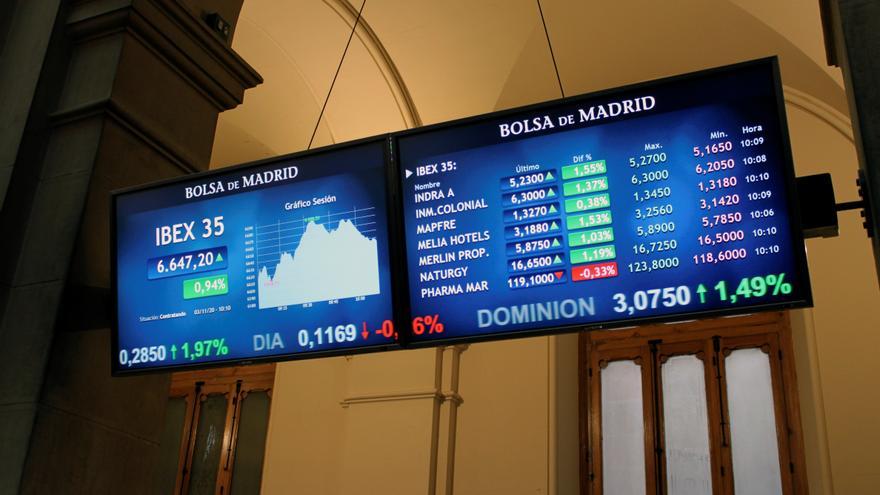 Spain will charge for the first time for issuing 10-year debt. The Treasury closed an auction of the one-decade bond this Thursday with a new historical low, standing at -0.016%. Sources from the Ministry of Economic Affairs defend that the “confidence of investors in the effectiveness of the measures adopted by the Spanish Government” is “ratified”.

Faced with the previous economic crisis, in which the risk premium far exceeded 600 points, it is currently at a minimum, closing yesterday at 63 points. It has been at similar levels for several weeks. With the issuance of this Thursday, the State achieves a new historical milestone after in 2019 it placed for the first time almost 3,000 million euros at negative interest in a five-year bond.

In the case of this negative 10-year bond, it has sold securities worth 921 million euros. Investors had requested € 2,806.39 million in ten-year bonds, so the coverage rate (relationship between demand and supply that accounts for market interest) has been 3.05 times. The Treasury had set a range of between 500 and 1,500 million for the auction of these 10-year bonds, with a maturity on October 31, 2030.

The Ministry celebrates that this historic low in debt issuance represents “a message of confidence in the recovery and future of the Spanish economy.” Thanks to this week’s issuance, the State has managed to reduce interest rates on Spanish debt, which in November were already at historic lows with a cost of outstanding debt of 0.18%.

In the previous auction of this type of ten-year bonds, issued with a 1.25% coupon, the Treasury had established a placement interest of 0.23%. The reduction in the yield of this debt is related to its evolution in the secondary market, since in this session it stood at the historical minimum of 0.01% due to investors’ expectations that the European Central Bank (ECB) will decide this Thursday increase bond purchases to provide more liquidity in the system, help banks and stimulate the economy.

In addition, on this day, the Treasury has also made an issue of ten-year bonds indexed to the evolution of inflation in the euro zone with a coupon of 0.65% and a residual life of seven years, in which it has assigned securities for an amount of 482 million euros and a marginal interest of -1.135% (-0.768% in the previous bid for this bond. Requests amounted to 927.05 million, so the coverage rate was 1.92 times.

The Treasury had communicated that this Thursday it expected to raise between 750 and 2,250 million euros in this auction, the penultimate of the year but the last of bonds and obligations. Next week, on the 15th, the last bid of this exercise will be held, which will be three and nine months old.