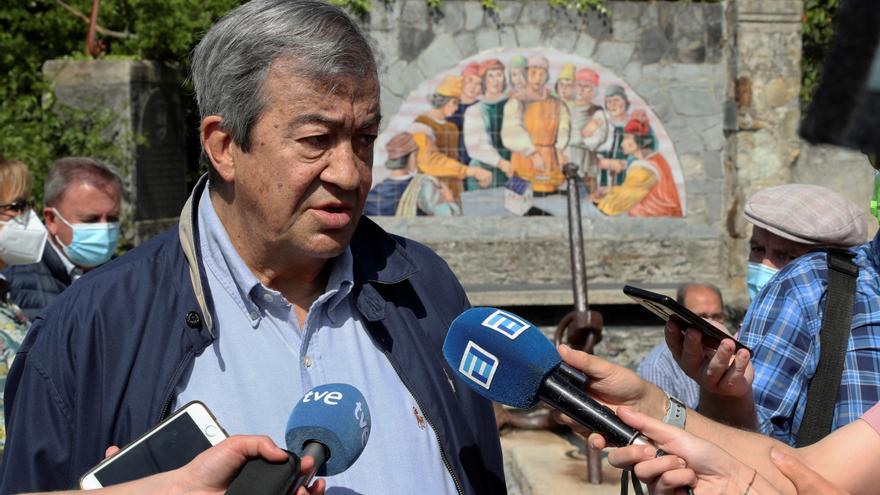 The State Attorney’s Office asked the judge of the National Court Santiago Pedraz to claim the agendas of the Ministries of Development and their respective heads during the governments of José María Aznar, based on the statements of the former treasurer of the PP Luis Bárcenas, who in his last appearance assured that all the ministers of this portfolio and that of the Environment with the PP had dealings with donors from the ‘box b’.

In a letter dated July 29, to which Europa Press has had access, the State lawyer, Rosa María Seoane, requested the entry and exit or visit records of the Ministry of Public Works, the State Secretariat for Infrastructures, the Directorate General de Carreteras and the public companies involved, as well as Constructora Hispánica, “during the period of time indicated by Luis Bárcenas in his statement, that is, from 1996 to 2004.”

He also demanded the “official agenda” of the Ministers of Public Works at the same time, which correspond to Rafael Arias-Salgado (1996-2000) and Francisco Álvarez Cascos (2000-2004), as well as those of the Secretaries of State for Infrastructure , general directors of Roads and those responsible for said public companies in those years, in addition to that of the then president of Constructora Hispánica, Alfonso García Pozuelo.

Seoane also asked the Tax Agency (AEAT) to request “the inspection and sanctioning files processed after 2003 in relation to the tax risk for movement of 500 euro banknotes, as well as cash movement operations carried out by both the legal entity of Constructora Hispánica as by the natural person of Alfonso García Pozuelo “.

However, the person in charge of the Central Court of Instruction Number 5 rejected days later, in an order of August 2, this new diligence raised by the State Attorney, explaining that “it has not happened since the period of judicial investigation has concluded” . Seoane considered in his writing, however, that his presentation on the 29th was “in a timely manner.”

In an order of July 22, Pedraz chose not to extend the investigations dedicated to determining whether the businessmen who would have nurtured the PP’s ‘box b’ with their donations had the objective of obtaining in exchange specific awards of public contracts, the so-called commissions finalists.

Consequently, the investigation phase concluded on July 29, when it was scheduled to expire in accordance with the new procedural deadlines, just the same day that Seoane requested these last steps.

The State Public Services considered it necessary to review these agendas after Bárcenas told Pedraz, in his appearance on July 16, that all the Ministers of Development and Environment of the ‘popular’ governments, among which he expressly mentioned Álvarez Cascos They dealt with ‘box b’ donors on public awards.

“In the end, getting a minister or secretary of state to receive you is not easy. Simplifying, and even if it was not our approach, that is worth money anywhere, having the doors open and the possibility of access,” he said.

For the former head of the PP accounts, simply “being able to sit an hour with the head of a project and get to know the project, the term in which works are awarded and that is worth money.” And that “consideration” was offered, which he described as “healthy.”

Specifically, he recalled an episode that his predecessor in the PP Treasury, the late Álvaro Lapuerta, would have transmitted to him in his day. According to Bárcenas, Lapuerta went to the general director of State Roads and the then Minister of Public Works, Álvarez Cascos, told him that he should always go to him for these matters.

Seoane also based his request to Pedraz in the report issued on July 20 by the Economic and Fiscal Crime Unit (UDEF), which reflects cost overruns of between 4.85 and 94.53 percent in most of the 23 Analyzed allotments of all those that were granted to Constructora Hispánica from the General State Administration (AGE) during the second Government of José María Aznar.