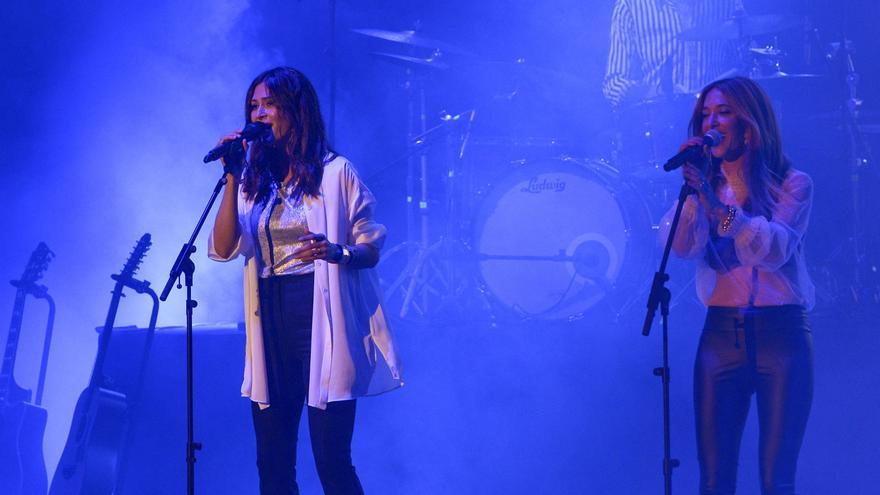 Marbella (Málaga), Jun 18 (EFE) .- The first concert of the tour with which "Ella Baila Sola" returns to the stage and celebrates its 25th anniversary, has set up an auditorium, that of Starlite Marbella (Málaga ), in which there were no more gaps than those required by current sanitary measures.

It was twenty minutes after ten at night when Marta and Marilia, together for the first time twenty years after the dissolution of the duo that launched them to fame, appeared on the stage of La Cantera de Nagüeles amid smoke, colored lights and the “Eternal Kiss” chords reminiscent of the 90s.

Before them, a nostalgic and expectant audience but, above all, willing to enjoy the unexpected and well-received return of “Ella Baila Sola” and its most popular songs.

Marilia remembered with emotion those who have helped them and the luck they have had on the path that has led them to celebrate this 25th anniversary; Marta, for her part, commented with laughter that "dreams come true not once, but twice and even many more" and added that for them "this is a dream come true."

With “Y quisiera” Marta picked up the guitar and started the first applause; They were followed by "Survivors", "Ice Kisses" and more applause, especially when recalling the situation experienced as a result of the pandemic.

And between note and note sounded “When the toads sing flamenco”, one of the duo's most listened to songs and with which the audience, somewhat shy so far, finally started to sing.

Marta and Marilia, although they claimed to feel “at home” and to be living “a wonderful night to remember”, confessed that they were very nervous “after so long”.

The night continued with "It seems like a lie", "Goodbye" and "Vase woman", another of his great successes, moments of enthusiasm in his followers who accompanied the artists with singing and clapping to the sound of the music.

This concert reviewed their brief but successful musical career (1996 - 2001) in which they achieved, among others, seven platinum records, and sang "Don't do it again", "Between your room and mine", "At my rhythm "Or" That is getting out of hand. "

And so, almost without realizing it, this first concert back to the stage of “Ella Baila Sola” reached the final stretch with “Por ti”, “Sin confesarlo todo” and “We cast lots” with an audience each time. more lively.

When Marta and Marilia said goodbye and left the stage, the attendees from their seats and despite the two hours of performance, demanded more songs.

They seemed not to be willing to conclude a concert that was encouraging theme by theme and the duo "Ella Baila Sola" came out again to perform, with the audience on their feet and dancing in front of their seats, "Better without you" and " How we distribute friends ”.

The end to Marta and Marilia's performance was, how could it be otherwise, their star song, number one on the music charts in Spain and Latin America, “Amores de barra”.

On this occasion, they have had the collaboration of David Pérez (keyboard), Guillermo Chicarro (guitar), Charli Solano (bass), Miquel Ferrer (percussion) and Borja Montero (guitar and musical direction).

This "tour of (10) exclusive concerts" will end on October 22 in Santander after passing through Badajoz, Madrid, Marbella -again-, Murcia, Alicante, Cádiz, Seville and Oviedo.