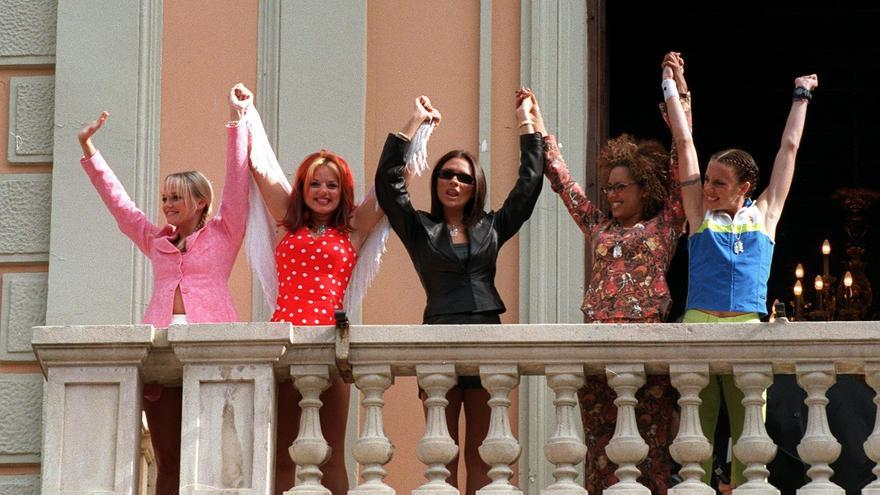 ‘Wannabe’ is one of those songs that one day suddenly appears on your headphones, breaks into a party, or jumps on the playlist you’ve put on while cleaning. You may not have heard it for three years or you may not even remember that it existed, but it is enough to hear the echoes of the laughter with which it begins for the body to respond.

It was one of those times, a few weeks ago, when I realized: 25 years later, feminist deconstruction through, Kate Millet, Gloria Steinem, Adrienne Rich, 150 readings on love, promiscuous ethics and polyamory, attempts, disappointments, long relationship and stable, much less, activism, 8M, think tanks … to reach an unexpected conclusion. Much of what I have learned about love and feminism was already in the ‘Wannabe’ that the Spices released one July 25 years ago.

It is a slightly inflated premise, yes, but fun and with some arguments. To begin with, the word that is repeated over and over again in the song is a verb: to want. It is conjugated in the first person by five aunts, who back in 1996 spent most of their first single saying what they want. Also telling an uncle. The recipients of that song are men, her hypothetical future lovers and boyfriends. It is a declaration of intent, a hey, look, if you’re interested in me, if you want to be with me, there are a few important things you need to know.

Used to being the ones who wait, accept and please, it’s not bad at all. It is a change, an attempt to set one’s own standards and not be behind those of the other. That is one of the things that you learn over time and that the ‘Wannabe’ already told us: you have the right to say what you want and what not, to set limits, to mark your conditions before starting or continuing, before to accept something you don’t really want as long as the other person stays.

“Love is the opium of women,” said Kate Millet. If you want my future, forget my past / If you wanna get with me, better make it fast / Now don’t go wasting my precious time !, Get your act together we could be just finesaid the Spices. Behind these four catchy phrases is a whole statement of intent: more clarity and less dizziness, more coherence and less wasting time. There is much to live to be hooked on opium and not see beyond, especially when you have your friends close.

“While we loved, they ruled,” Millet continued. Oh, what do you think about that / Now you know how I feel / Say, you can handle my love, are you for real / I won’t be hasty, I’ll give you a try / If you really bug me then I’ll say goodbyesaid the Spices. A call to honesty, to conversation, to let us stop with nonsense and power games. A break from the more topical seduction according to which they are the ones who establish terms and conditions and we give up ours to please.

The Spices put their two cents on the new masculinities, although they probably don’t know it. Because they also have to say what they want: I’ll tell you what I want, what I really, really want / So tell me what you want, what you really, really want. Open your little hearts, dear men, the Spice and the rest of humanity want to know what you feel, what you want, what emotions are there below. Saying what you want and expressing emotions makes you feel vulnerable, but Mel B, Mel C, Geri, Emma, ​​Victoria and all the others need that change (preferably before another 25 years).

One of the strengths of ‘Wannabe’ is in the chorus, when the Spice sing that if you want to be my lover you are going to have to get along with my friends and try to make sure that, whatever happens, we continue to have a good vibes. They add: If you wanna be my lover, you have got to give / Taking is too easy, but that’s the way it is. Bingo! Surely you have heard this refrain infinitely more times than the terms ‘reciprocity’ and ’emotional responsibility’, but the spirit is similar. In a relationship, receiving – attention, love, care, affection, nice words, plans – is very simple, say the Spices, but we want bonds that, in addition to receiving, also give and take charge.

Beyond the lyrics of the song and all the possible criticisms of the group – the brutal marketing strategy, the statements of some of its members praising Margaret Thatcher, the more or less empty slogan of the girl power...–, the Spice Girls and their Wannabe should remind us that 25 years ago neither we nor the world we lived in was the same.

Perhaps the dances of so many groups of girls managed to scratch the monopoly of soccer in the patios and gyms of the cabbages. Many of us may have discovered how much fun it was to get together with other women to do all kinds of things. Many children may have been amazed as their peers climbed onto the stage of music class and took up time and space. It may be that seeing five women together singing about what they wanted, dressed in colorful clothes and challenging the suspicious glances of someone who only wanted to treat them like a piece of meat has something to do with the world we live in 25 years later.

I don’t know if everything I learned was already in the Wannabe, but I have needed all these years to understand the phrase of the song to which nobody found sense. Now yes, I wanna really, really, really wanna zigazig ah.