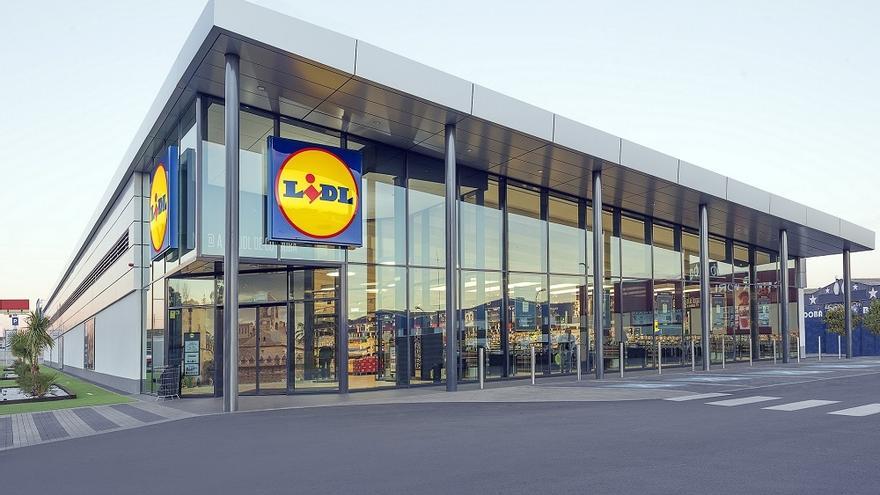 January 2020, before COVID. The Union of Small Farmers and Ranchers, UPA, denounces the latest advertising occurrence of Lidl. The German supermarket has posted on its networks videos starring a certain Cornelius Fitzgerald, a fictional Oxford professor who studies a phenomenon called “price-bearishness.” Among the products “affected” by this trend is olive oil, which at that time sells at 2.2 euros per liter.

“Behind an appearance of a pseudo-documentary and ironic campaign, the bad practices that are sinking the profitability of agricultural and livestock farms are hidden,” says the agrarian union. A few days later, the mobilizations of farmers and ranchers explode. UPA does not rule out showing up at the door of Lidl supermarkets and insists that using oil hook “is a deception for consumers and an abuse for farmers.”

The countryside fills half of Spain with tractors. Mark the agenda for several days and point to the distribution as cause of the low prices they receive at origin. Get the government to pass an urgent decree that prohibits selling at a loss. The storm subsides. And the pandemic begins.

February 2021, a year of COVID. Lidl brings together its general director for Spain, the purchasing director, the UPA secretary general and the Minister of Agriculture at a press conference. They present a project of “economic, social and environmental sustainability” which UPA qualifies as “milestone and turning point in relations between producers and distribution.” Lidl launches a range of traditional olive oil with labels highlighting its support for this product. He agrees to pay the olive growers a minimum price.

“The commitment is that between Lidl and the bottling company they pay 2.60 per kilo,” says Cristóbal Cano, head of olive groves at UPA. “If the market price is 2.40, they will continue to pay 2.60. And if the market price is higher, they pay that. The idea is to commercially monitor the initiative: the more successful it is, the better it can be. export to other countries “.

Those who only twelve months before were at a stick have not only reconciled, but are doing something strange in the sector: reaching an agreement and publicizing it. “One issue had nothing to do with the other,” acknowledges the head of UPA. “But we understand that Lidl will no longer do any more promotions with the oil. The agreement in favor of the olive grove is an example.”

UPA has denounced in public and before AICA – the food information and control agency – a multitude of chains for their advertisements claim: DAY, Lidl, Alcampo, Hipercor, Carrefour, Mercadona, Aldi. Producers dislike supermarkets making aggressive offers because they devalue products, but the chain’s new law prohibits such practices.

Such a project is not common, Cano acknowledges. “But hopefully from this initiative it will be. The olive grove is a strategic sector. We want it to have a contagion effect on other chains.”

The traditional olive oil from Lidl is another reflection of the Spanishization of the German supermarket. Both Lidl (founded in 1973) and ALDI (also German and pioneer, founded in 1946) have been in our country for decades: Lidl arrived in 1994 and ALDI in 2002. But it was not until a few years ago that their market share began to be relevant. .

Today, through a pandemic, they are the two fastest growing supermarkets in Spain. In the latest data shared by the consulting firm Kantar, Lidl sneaked into the top three positions for the first time and surpassed the DIA Group. ALDI is smaller in terms of quota and turnover – it entered 1,000 million in 2018, its latest accounts presented, compared to 4,000 million for Lidl – but its growth is constant. Mercadona remained the undisputed leader, but left a quota point due to confinement. His clients tried other options. And it closed the web for several weeks because it could not cope.

Both Lidl and ALDI are committed to the assortment of Spanish origin. And not only that, but they make sure it is known. ALDI has a ‘Fresh Produce Observatory’ and ensures that 80% of its assortment is national. Lidl promotes all its national fresh suppliers on its website, highlights the ‘Spain origin’ on its labels and makes constant communications on this subject. Last Christmas, for example, it presented the Deluxe range, reinforcing the idea that 70% of the products were of Spanish origin.

“A few years ago, Lidl launched the campaign ‘If it’s fresh, it’s from Lidl’. That some Germans came to Spain to say that was a change,” explains Florencio García, director of retail of Kantar. “There are two important points. Historically, the distribution models do not work when they leave their country. Carrefour is still in Spain, but it has withdrawn from many countries where it has tried. The same thing happens to Tesco and Walmart. It is difficult The only case that manages to succeed is that of these Germans, but because they adapt to the local consumer while respecting their model. Lidl in Germany is not exactly the same as in Spain or in England “.

In Spain, adaptation has to be done by way of fresco. Our country is a rare sight on the international scene because the retail stores (butchers, delicatessens, fishmongers and greengrocers of all life) have an important weight, although less and less due to the invasion of the supermarket. “What is it that matters most to the Spanish consumer?” García continues. “Fresh products. Hence all this communication. Lidl and ALDI are very strong in organic and eco products and in textile fashion. Where both have tried to become Spanish is in fresh products.”

Victor Asensio, director of frescoes at ALDI, explains that there is no specific date for its Spanishization. “It has been a continuous process. We decided to bet on Spain and started with a German assortment, not much Spanish. As the company has evolved, it has been adapting and changing typical German consumer products, which did not match, for other Spaniards. a process of market research and evolution that is now reaching its most accelerated point “.

Although they have not always communicated it, he indicates, “that 80% of our suppliers are national is not something that is done a year. It is a well-established structure. Trends have changed and everything we did before we are communicating more now, making it more visible. That strategy has changed. And people see us differently. ” The providers who work for them do not have exclusivity, he clarifies.

Lidl, who did not want to participate in this report, has not only collaborated with the olive growers. “We already knew each other, because we have worked with them on various issues,” they explain from UPA. “They have launched differentiation programs: fresh grazing milk, protecting farms of this type of livestock, eggs from free-range and non-caged hens [un movimiento en el que se adelantó a Mercadona]. Talking with them the issue of the olive grove came up and working together we made it concrete in this tangible project “.

For the presentation of its Christmas range, Lidl had the presence of Spanish producers: it invited the manager of Can Bech, a Catalan company of sauces and jams, and that of MCA Spain, a Navarran canning company. The idea is to avoid the qualification of “retailer German “and to be seen as just another Spanish supermarket. The Christmas campaign included the launch of our own roscón in collaboration with Carlos Maldonado, a chef who was a Masterchef winner.” We were excited to focus on a very Spanish recipe, which is identified with our gastronomy “, explained then Arantxa Conde, public relations of the chain in Spain, to elDiario.es.” We launched it only in Spain, but it does not seem a bad idea to export it in future campaigns. Many Christmas references are already being exported to other countries. ”

Both Lidl and ALDI are two European giants. Lidl is present in the United States and ALDI divides Europe in two, as a result of the different visions that the brothers heirs of the business had: one stayed with the northern part of Germany and the other with the south. They applied a similar division to international expansion.

For years, Lidl has claimed itself as the main customer of the Spanish garden. This happens because it not only buys here for Spain —like Mercadona, which, due to the enormous volume it has, makes many of its suppliers leaders in its segment— but also for the rest of the countries in which it is located. According to its own data, in 2018 Lidl bought a Spanish product worth € 4.3 billion, 30% more than two years before, and exported 55% to its network.

Aldi also gets business from Spanish producers. “We have an international purchasing department that coordinates purchases from different countries,” explains Asensio. “When volumes are high, joint purchasing decisions are made or we make arrangements for other countries to buy from our producers. Thus, suppliers that started with us in Spain are now ALDI suppliers in other countries. I cannot give specific names, but for example: a company that serves us meat also sells in Poland. We have managed that relationship “. Part of ALDI’s international strategy for the future is in fresh produce. “And there, at ALDI Spain we are the reference and information base for the rest of the group.”

That Spain exports a good part of its agricultural production is not a novelty, but that internationally strong foreign chains “value” the national product is.

“I think this is good news. It helps them to identify with the Spanish consumer, to reinforce that it is a local product and that they contribute to society because they buy in the primary sector,” concludes García, from Kantar. “And it can be something that can be exported to other categories, especially those in which we are strong as a country. There is always talk of how badly we manage brands. Italians do better. Agreements like Lidl’s with olive growers we used to see on a small scale , with regional distributors. But if you see that it works, it can be transferred to other markets. Bearing in mind that half of what we spend on food goes to fresh produce and that we have the best fresh produce, it is a strategy that others should follow. interesting to see how the rest of distributors look for their alternatives “.