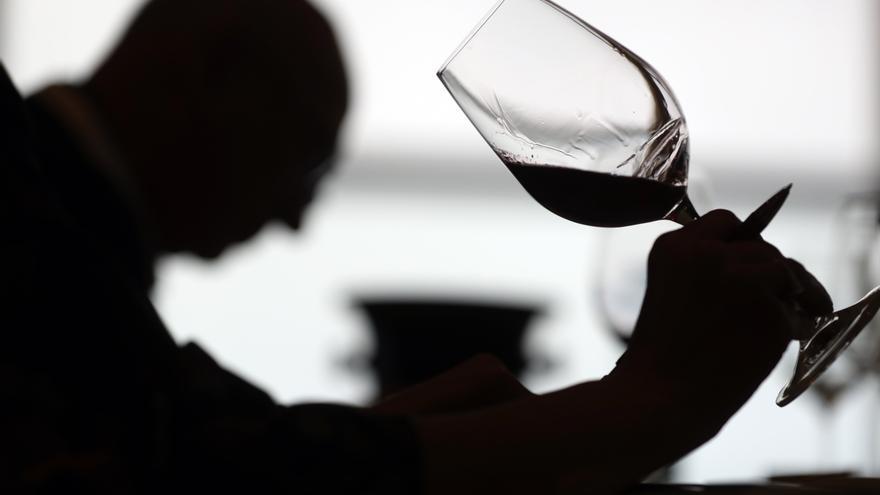 Spanish vineyards have found those who tell their story. The new protagonists of winemaking in Spain are revolutionizing the sector by going back to the basics: the territory. They claim native varieties, adapt to climate change and differentiate the style of their wines so that they speak of the place they come from, avoiding homogenization. They give prominence to areas until recently unknown. The movement began in the vineyard and is now reaching the menus of restaurants and blackboards in bars, which open up to areas and varieties that were unknown only 20 years ago, or even 10, to ordinary consumers.

The change has come, in many cases, from producers who have studied or practiced their trade outside of Spain and have returned here to make a wine that expresses their landscape. As Emilio Rojo did in Ribeiro in his day, Jorge Monzón returned to La Aguilera, in Burgos' Ribera del Duero, from his internships in La Romanée-Conti and his work in family vineyards resulted in interesting wines - one even got 100 points on the prestigious Parker list - under the El Dominio del Águila brand. Julia Casado (La del Terreno) trained in different wineries until developing her project in Bullas with an innovative modular winery. Most of the producers who are the protagonists of this revolution understood that the radical thing was to go back to the origin to differentiate themselves. Some of them, belonging to families that owned grapes and sold to cooperatives, or with which they made generic wines for the large market, have started projects that value certain vineyards or grape varieties and have even dared to grow their wines otherwise: in older barrels or directly in other types of deposits. In this way, producers such as Juan Antonio Ponce (Bodegas y Viñedos Ponce, DO Manchuela) or Arturo and Kike de Miguel in La Rioja (Bodegas Artuke) have renewed their family projects interpreting their best plots. The new generations sometimes take other paths: Goyo García Viadero makes wines in the Ribera del Duero with ecological criteria and a style different from that of the family brand. The restless Roc Gramona makes still wines - his family makes one of the great sparkling wines of the Penedés -, collaborates with other winemakers and develops the Academy of Respect Pruning project.

There are as many examples as areas, styles and varieties: Peninsula Vinicultores, the company led by the Austrian-Spanish Andreas Kubach, defines its wines as "worthy of being drunk". They are made in different parts of Spain and in a wide range of prices, and all with something in common: the leading role is for the landscape, hence their determination that their Rioja wines can be distinguished by their places of origin. Laura Lorenzo, from Daterra Viticultores, transfers the particularity of the plots and, above all, of the old vines, to her Ribeira Sacra and Valdeorras wines, among other projects. They are not the only ones who understand that each wine has to tell a story linked to the land, the climate and the grapes: in El Bierzo, in different plots of the El Rapolao estate they grow and make wines, in an unprecedented collaboration fostered by the winemaker Raúl Pérez, producers as different as Antoine Graillot —descendant of one of the most prominent production families in the Ródano— or Diego Magaña. El Rapolao is on the way to becoming a cult estate for wine lovers, who are also looking back at areas that, until a few years ago, were not related to the production of quality wine, despite being cultivation areas. of grapes for centuries. The La Furtiva project, by Óscar Navas, claims the white Grenache from Terra Alta, in the province of Tarragona. Jonatan García, from Bodegas Suertes del Marqués, has placed the Orotava Valley, in Tenerife, among the places to consider in this updated map of wine in Spain. The claim - and in some cases, recovery - of indigenous varieties is behind many of these projects.

El Barco del Corneta - with Beatriz Herranz at the helm - is committed to recovering the essence of the Verdejo grape. Viñas Serranas or Malahierba Vinos work with Rufete, in Rías Baixas, Rodrigo Méndez (Forjas del Salnés) or Eulogio Pomares (Zárate) make with Albariño, but also with Caiño or Loureiro. DO Madrid also has its native variety on the rise: the Morenillo, highlighted by the work of Juan Díez at Bernabeleva. The Mallorcan wines of 4kilos Vinícola (the winery of Francesc Grimalt and Sergio Caballero) are made with Manto Negre, Callet and Fogoneu. The recovery of autochthonous varieties is not only part of the private initiative; Public organizations such as Itacyl (Instituto Tecnológico Agrario de Castilla y León) are carrying out an interesting program in this regard. In some areas, native grapes are even gaining prominence: in Tarragona the production of reds with Trepat has grown. In Penedés, Xarel.lo is used more and more, both in still and sparkling wines.

In fact, some have found their opportunity in climate change: the Sumoll variety has begun to be used, also in this area, because it has a longer vegetative cycle and is better adapted to sustained high temperatures. One of the changes that viticulture is undergoing in recent years is happening in parallel to what is happening with the climate: in many places they are seeking a higher altitude, lower temperature for the vines, pursuing a slower maturation of the vines. grapes and preserve acidity, as it has done in the Ribera del Duero Bosque de Matasnos, with Jaime Postigo at the helm. The Catalan wineries Albet i Noya, Alta Alella and Celler Piñol are developing an experimental vineyard research program with resistant and indigenous varieties adapted to climate change. In Galicia, this increase in temperatures has been beneficial for wine production: longer summers have made it necessary to bring harvests earlier, which reduces the risk of some diseases in the vineyard and the acidity of its wines.

These new realities in the world of wine in Spain have occurred, in many cases, outside the regulations established by the different denominations of origin. Some of them have been adapting to the demands of some producers in their areas, although others have been reluctant to make changes until the rope has finished breaking. One of the names that has given more space to these needs has been Bierzo. As did the DO Priorat, it introduces in its classification those of "Villa", "Parajes", "Viña Classified" and "Gran Viña Classified" in addition to opening up to more varieties of grape (it admits some autochthonous ones, such as Estaladiña): a model clearly inspired by Burgundy. In Priorat they go further and a special classification has even been introduced for wine made from grapes from old vineyards. Both denominations have in common an essential name to understand the current moment of wine in Spain: Álvaro Palacios.

The DO Jerez is another of the ones that has made the most changes to its regulations: it admits wines without heading - as long as they reach 15 degrees and two years of aging - and extends its scope from Sanlúcar de Barrameda, Jerez and Puerto de Santa María to other municipalities. The DO Ribera del Duero is not by far one of the oldest in Spain (its first statutes were approved in 1982), but it seemed to be very defined in its red Tempranillo variety wines. However, it took a small step in 2019 by opening up to the production of white wines with Albillo Mayor and adapted its regulations to the classification of rosés. The extreme case is the split, and that has happened in the DO Cava. A certain group of winemakers who did not find support for the changes they demanded to protect the quality label of their wines abandoned the appellation and created Corpinnat. Its sparkling wines are no longer covered by a Denomination, but by a collective brand, based on the German VDP, a private association of wine producers, with its own statutes and an external audit that certifies that the quality criteria established by its standards are met. .

The wine revolution has spread to all areas of the sector and it is difficult not to find at least one place in each city where to find the expression of many of the Spanish wine landscapes: you no longer have to go to a Jerez tabanco to drink an amontillado after hours. Many bars and restaurants have passed the familiar "Rioja or Ribera?" and committed to incorporating wines into its offer and some places have established themselves in authentic wine bars with menus —or blackboards— sometimes imposing. The growth of this type of establishment goes hand in hand with a better preparation of professionals in the sector. In fact, some Spaniards are developing very outstanding careers and continue to train: Roberto Durán, sommelier at the 67 Pall Mall in Singapore, is studying Master Sommelier. Diego González, two-year Spanish Sommelier Champion, worked at Claire Smith's three-star Core, in London, and is now head of sommelier at Alma Carraovejas. Spain exports but also imports talent, such as the Danish Jonas Tofterup, Master of Wine, who directs the Iberian Wine Academy in Malaga. A revolution full of proper names and with a lot of history ahead.