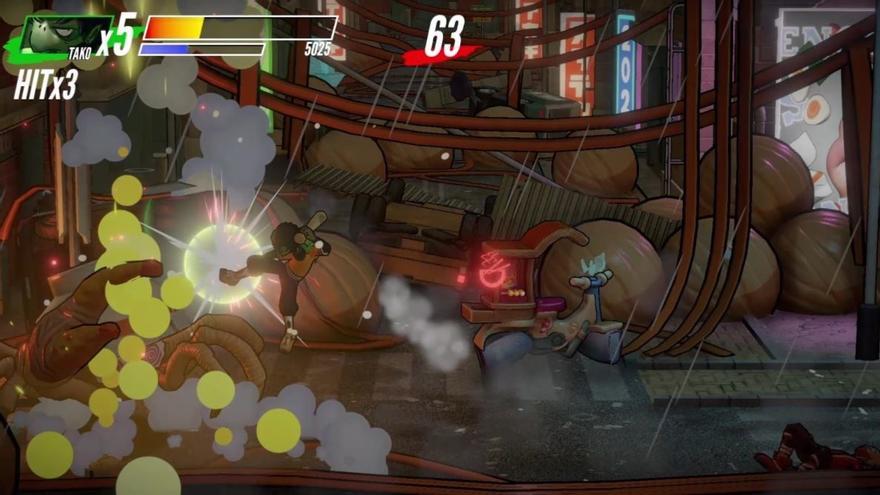 Madrid, Apr 19 (EFE) .- "Itadaki Smash" is the title of the new video game developed by the Spanish studio Main Loop that will arrive on PlayStation on May 21 and will be available both in Europe and the American continent, reports this Monday the company through a statement.

It is a fun "beat em up" (me against everyone) that tells the story of "Pan Pan", the only restaurant that is not controlled by the "Yakuza" of the futuristic city of San Daigo.

That mafia, ready to end the business, casts a curse on the food of the owner, Katsu, and his friends, transforming it into demons that they must all stop to save the restaurant and its ancient secret recipes, the note adds.

With this video game, the studio is committed to the resurgence of a classic genre from the old school of arcade video games, with a 3D cartoon style and a setting in the streets of a fictional "cyberpunk" Japan.

Main Loop has worked to achieve a rewarding and fun gaming experience, placing a special emphasis on playability and enjoyment of controls, with a fun touch and fresh and contemporary designs.

"We are proud to contribute our grain of sand to the genre that has entertained us so much since we were little in the arcade machine rooms of the nineties", explain José Antonio Muñoz and Jasone Irastorza, founders of the studio.

In addition, Main Loop is the author of "Submersed", a horror video game for PS4 with which they won the award for Best Basque Video Game in the 2018 edition of the Fun & Serious festival.