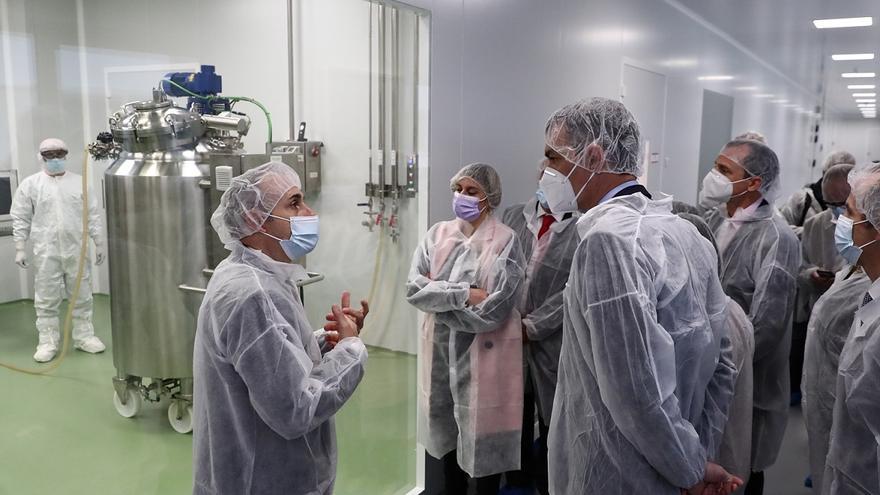 The Spanish Medicines Agency has just authorized the clinical phase of the first Spanish vaccine. This is the one developed by the private company Hipra, which will carry out human trials as soon as they recruit the necessary volunteers. The news comes before the regulatory agency has decided on the future of the vaccine developed by the CSIC, Biofrabri and Mariano Esteban’s working group, which two weeks ago suspended the beginning of its clinical phase by order of the AEMPS. The reasons are unknown and if this stoppage is permanent or, on the contrary, reversible. But for now, Hipra’s is the first that has received the green light in our country of the four that were underway.

As explained by the Medicines Agency, “the vaccine is based on two structurally similar recombinant proteins, one corresponding to the alpha variant and the other corresponding to the beta variant, which come together to form a single structure called a dimer, and which are accompanied by a adjuvant that increases the immune response “. This combination is capable of generating an immune response against the SARS-CoV-2 protein S, known as spike or spike protein in Spanish).

The technology used by Hipra is the same that has been used for the Novavax and Sanofi vaccines, both in the process of being evaluated by the European Medicines Agency (EMA) to join the current ones. But, unlike these two, the Spanish one expresses proteins of two different variants.

The stage that is about to start is known as Phase I of the clinical trial, in which the vaccine is administered to a small group of 50-100 adults to initially check that the drug is safe. To do this, they will recruit volunteers between 18 and 39 years old who have not received any previous dose at the moment. After ensuring the tolerability and safety of this vaccine, the second phase will be launched to measure immunogenicity and efficacy.

The study will divide the volunteers into groups (cohorts) and the lowest dose will start first. After evaluation by an independent monitoring committee of the safety data, they will be escalated to the next doses if no problems have been detected. This practice – common in this type of trial – is aimed at evaluating the optimal dose of vaccine. Each participant will receive 2 immunizations 21 days apart.

The one developed by Hipra has become the most advanced of those developed in our country. Until now, this position was held by the team of virologist Mariano Esteban from the CSIC, in collaboration with the pharmaceutical company Biofabri, which was about to start trials with volunteers at the Madrid Hospital in La Paz. After the AEMPS paralyzed them while waiting to issue a dossier with the indications, the focus has been placed on the following: the one developed by the team of Luis Enjuanes and Isabel Solá, also at the CSIC, which will be for intranasal administration. It is not expected to see the light of day until mid-2022 at the earliest.