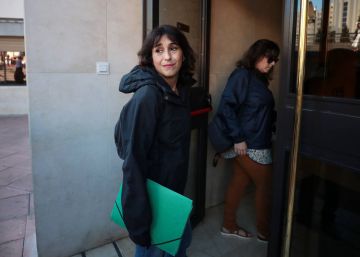 The Court of Instruction 3 of Granada has rejected Juana Rivas' request to take precautionary measures to protect her children from her father, Francesco Arcuri. The judge's decision is another judicial setback for Rivas, which On July 22, he went back to the Spanish justice to denounce his ex-husband again for “abuse, injuries and death threats” towards the children of 13 and five years. The magistrate, Manuela de la Torre, has declared herself incompetent "to know in the criminal order of the facts" and has determined the "inadmissibility" to authorize the precautionary measures claimed by Rivas. His defense has announced that he will appeal the decision before the Provincial Court of Granada.

With her complaint, the Grenadine intended to prevent the children, who have been with her since June 6, had to return to her father on August 14. Rivas again filed another similar lawsuit, last Tuesday and Thursday requested, through a letter sent to the Government Delegation in Andalusia, international legal protection for their two minor children. Arcuri, meanwhile, counterattacked this week also announcing the adoption of measures to guarantee the return of minors to Italy.

Rivas was convicted in July last year five years in prison for child abduction and six years of disqualification for the exercise of parental rights, a ruling that has been appealed in cassation before the Supreme Court, which has admitted the mother's claim to processing. Italian justice also ruled in March this year against Rivas granting exclusive custody of their two children to Arcuri.

For the defense of Rivas, exercised by the lawyer Carlos Aránguez, this last car, dated August 2, "denies the adoption of measures without listening to minors and without practicing a single investigation diligence." The lawyer has reported that his client took the children to the pediatrician four days after his arrival in Spain, on June 9. He noticed certain symptoms in both, such as insomnia and anxiety, and for that reason he sent them for evaluation to the Mental Health Unit that, after a meticulous exploration of minors, issued a Simia report (Information System on Child Abuse in Andalusia) which was referred to the Prosecutor's Office. "But this report has not yet reached the court, nor has it been requested by the judge despite the fact that this party expressly requested it," says the defense of Rivas.

The judge questions in his writing the delay of Rivas in presenting the complaint when the events that take shape in it happened on May 29 and June 6 of this year, both in Italy. "It is not understood how it took exactly 46 days to report, but that the complaint had been filed the same day immediately after observing such evidence, hoping to be in Spain to file the complaint," states the head of the court of instruction, who clarifies that he clarifies that his resolution does not prevent the complaint filed in accordance with the Statute of Crime Victim from being sent to the "legally competent judicial authority in Italy.