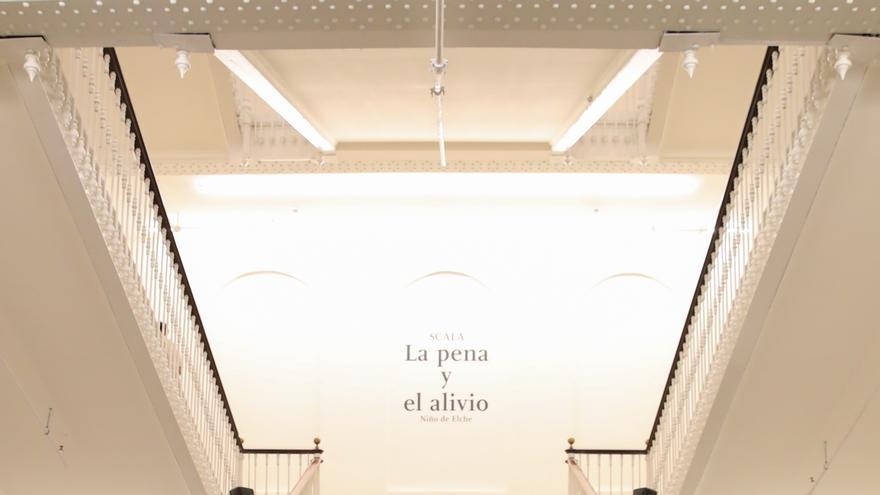 San Sebastián, Jul 28 (EFE) .- Thirteen first or second films will participate in the New Directors section of the 69 San Sebastián International Festival, among them titles from Argentina, Colombia and Uruguay, in addition to the debut of the Spanish Javier Marco, which will compete with “Josefina”, starring Emma Suárez and Roberto Álamo.

From South Korea, Canada, the United States, Turkey, Russia, Slovenia and Romania are the other films that will pass through this section, to which one more work could be added and with it, one more director to the four that are behind the films presented this Wednesday by the director of the San Sebastian contest, José Luis Rebordinos.

In this appearance he was accompanied by Ainhoa ​​Arruabarrena, director of the Gipuzkoa Network of Kutxabank, the entity that sponsors this section and which gives its name to the award for which these new filmmakers compete, 50,000 euros to be shared equally between the director and the distributor of the award-winning ribbon.

Javier Marco, winner of a Goya for the short film “A la cara” (2020) and who has presented his shorts at the Berlinale Talens and Reykjavik Talent Lab, comes with a story written by Belén Sánchez-Arévalo about a prison official and the mother of an inmate who visits her son every Sunday in jail.

Among those who will present his second feature film is the Colombian Juan Sebastián Mesa, who after winning the Audience Award of the Venice Critics’ Week with his debut, “Los Nadie (2016)”, will participate with “La roya”, a story about the rural identity created at the Cinéfondation residence at the Cannes Film Festival and presented at WIP Latam (2020) in San Sebastián and at the Europe-Latin America Co-Production Forum four years ago.

After participating in New Directors with “Tigre” in 2017, the tandem formed by the Argentine Silvina Schnicer and the Catalan based in Buenos Aires Ulises Porra will return to the section with “Carajita”, focused on the collapse of the relationship between a young woman and the nana who raised her.

In the Europe-Latin America Co-Production Forum of the Festival, in 2017, “That weekend” was selected by the Argentine Mara Pescio and co-produced by Brazil, which talks about the reunion of a mother and daughter who have not seen each other for a long time, the one that will debut in New Directors.

For his part, the Uruguayan Agustín Banchero will present “Hilda’s holidays”, a project selected in Films in Progress 36 (the current WIP Latam) and also co-produced by Brazil, about a lonely woman who relives a past summer.

After being part of programs such as Berlinale Talent or First Films First, Turkish director Selman Nacar signed the project with which he won last year in San Sebastián the WIP Europe Industry Awards and WIP Europe, “Between Two Dawns”, on the concepts of conscience, family and justice, supported in the production by France, Romania and Spain.

Also chosen at WIP Europe was the Slovenian Darko Sinko, director and producer of documentaries and short films, whose first long fiction, “Inventory”, is about a man who after a tragic event begins to think that perhaps more people hate him than they know. imagined.

Philippe Grégoire, author of shorts that have passed through more than a hundred festivals, will compete “Le bruit des moteurs”, a work of self-fiction based on his long experience as a customs agent, a job he carried out to pay for film school.

Another feature debut will be that of the Korean Hong Sung-eun, “Aloners”, which tells the story of a woman whose life changes when her neighbor is found dead in her apartment.

After participating in the Sundance Film Festival, American actor Fran Kranz will show his first film as a director, “Mass”, a play about forgiveness and guilt whose cast includes Reed Birney, Ann Dowd, Jason Isaacs and Martha Plimpton.

Russian director Lena Lanskih makes her feature film debut with “Unwanted”, which deals with the adventures of a teenage girl facing different problems after having an unwanted baby.

Romanian Emanuel Parvu, who has worked as an actor with directors such as Cristian Mungiu, Adrian Sitaru and Constantin Popescu and won the best director and actor awards at the Sarajevo Film Festival with his debut, “Meda or The Not So Bright Side of Things” (2017), will compete in San Sebastián with “Mikado”, a film about decisions, mistrust and guilt.

And Chinese filmmaker Sun Liang, whose debut feature “Kill the Shadow” (2017) was selected in Montreal and Shanghai, among other festivals, will compete with “Lost in Summer,” about a young teenager faced with life’s turmoil.