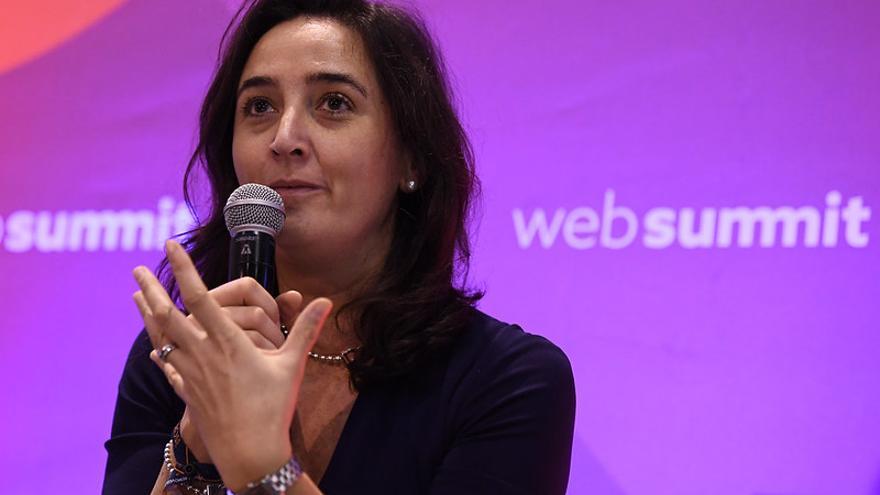 Susana Quintana-Plaza, until now the highest-ranking Spanish executive in Portugal, has ended her journey at the Portuguese oil company Galp. Until now, the executive director and head of Renewables of the energy company leaves the Portuguese company more than a year after the scandal of the German technology company broke out Wirecard, which he supervised (without executive functions) until April 2020.

The 47-year-old executive from La Mancha, has resigned from her positions at Galp in the framework of a reorganization of its leadership in which two other directors have left. They resigned on Thursday, as the oil company explained Monday in its presentation of results. The position of the Spanish will remain vacant. His functions are provisionally assumed by Galp’s CEO, Andy Brown (appointed in February), while a replacement arrives at the head of the Renewables and New Businesses unit, led by Quintana-Plaza.

“Susana was very effective in creating a significant renewable energy business, as well as in identifying new business opportunities and start-ups,” noted Brown in a note sent to the Comissão do Mercado de Valores Mobiliários (CMVM), equivalent to the CNMV, in which it thanked the efforts of the three outgoing members of its executive committee.

Little known in Spain but with an outstanding track record in top-tier foreign giants, Quintana-Plaza had been in the crosshairs of Portuguese media and political parties for his past in Wirecard. She was one of the six members of the supervisory board of the German electronic payments firm until she resigned in April 2020. A few days later, the multimillion-dollar fraud, defined months ago by the president of the CMVM, Gabriela Figueiredo, came to light. as an “example” of “bad practices and improper conduct” that has highlighted the “vulnerabilities of corporate governance mechanisms”.

Born in Ciudad Real in 1974, Quintana-Plaza, an aerospace engineer trained in the United States with an MBA from Harvard, has a brilliant resume in large multinationals in the aeronautical, energy, consulting and venture capital industries, with relevant positions in firms such as Boeing, E.ON, Siemens or, until now, the Portuguese energy company.

A service sheet overshadowed by his time at Wirecard, which he advised since June 2018, attached, as an independent member, to the Remuneration, Human Resources and Appointments committee, until the company announced his departure (with effect from 7 April 2020) on April 29, 2020, one day after publishing the results of an audit of the firm KPMG in which the first irregularities were recognized.

Quintana-Plaza, who cited “personal reasons” for leaving Wirecard and “concentrating” on Galp, joined the Portuguese company in April 2019 as head of Renewables, New Businesses and Innovation. There he had a salary of more than 765,000 euros gross per year, according to the latest corporate governance report of the Portuguese group, which omitted his time at Wirecard, as recently highlighted by the weekly Espresso.

The German electronic payments firm started out managing payments for gaming and adult websites and ended up processing transactions for giants like Visa and Mastercard. It surpassed the market capitalization of Deutsche Bank, worth more than 25,000 million, but in June 2020 it admitted a hole of 1,900 million in its accounts, after allegedly having inflated its balance sheet by a quarter of the total with funds that supposedly they were in two Singaporean bank accounts in the Philippines, which the company acknowledged probably “did not exist.”

After being expelled from the selective DAX stock market, Wirecard became the first firm in that index (the German Ibex) to declare bankruptcy. The Munich Public Prosecutor’s Office is investigating the company for “organized commercial fraud” and estimates that more than 3,000 million could have been lost. Its former CEO Markus Braun, and Jan Marsalek, a member of the board of directors, allegedly falsified the accounts to make them more attractive in the eyes of investors. Braun is in jail pending trial, while Marsalek is in search and capture.

The case, which is compared to the bankruptcy of the US power company Enron, has called into question the role of the auditor of the German company (the firm EY) and the German financial supervisor (BaFin). The scandal has led to the opening of a parliamentary inquiry commission in which the Chancellor, Angela Merkel, has been held accountable, and has led the European Commission to consider imposing on company auditors more responsibilities in cases of negligence or irregularities intentional.

As published a year ago by the Financial Times, in June 2019 the consulting firm McKinsey warned Wirecard of the need to take “immediate action” to address the lack of controls in their major businesses. The report was sent to the group’s board of directors and the supervisory board to which Quintana-Plaza belonged at the time. The influential British economic newspaper, key in the fall of the technology (it began to question its practices in 2015), already warned in February 2019 of a “accounting scandal“for its operations in Singapore.

Galp, which obtained a net profit of 232 million in the first half of 2021, compared to losses of 410 million a year earlier, is the largest Portuguese oil company and the fourth largest fuel distributor in Spain by number of gas stations (it closed 2020 with 570 service stations in our country), where it also sells natural gas or electricity. Until now, the company had confirmed its confidence in Quintana-Plaza, which had been entrusted with the task of leading its green transition, a crucial position at a time when all the large companies in the sector (and especially the European ones) are turning towards decarbonisation.

This commitment includes the acquisition, in January 2020, of a majority stake in the photovoltaic business of the Spanish construction company ACS for 2,200 million to turn Galp into “the main solar energy player in the Iberian Peninsula”, with a portfolio of 3,300 megawatts (MW) until 2023 in Spain.

An operation that might not be the last, despite the overvaluation that, according to Galp’s chief executive, has many renewable assets for sale. However, Spanish is a market that “has great importance in Galp’s strategy towards decarbonisation because it is the country where we have the most renewables and we are going to have them, given the opportunities and potential that exist in the market,” noted Brown. in June in a interview a Expansion. From now on, it will be without Quintana-Plaza at the controls of its green business.