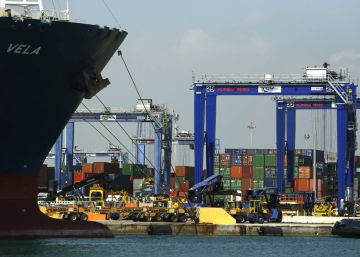 The Spanish economy grew 0.4% in the third quarter, the same as in the previous quarter, which continues to progress at a slower pace in three years, as confirmed by the National Accounting published Monday by the National Statistics Institute (INE).

Public spending also accelerated in the third quarter after increasing 0.6%, two tenths more than in the second quarter, while consumer spending by nonprofit institutions grew 1.6%, figure four tenths higher than the previous quarter.

On the other hand, gross fixed capital formation (investment) increased 1.7% in the third quarter, compared to the 0.2% decline experienced in the second quarter.

In year-on-year values, GDP has slowed one tenth its growth, to 1.9%, one tenth less than what the INE had anticipated at the end of October.