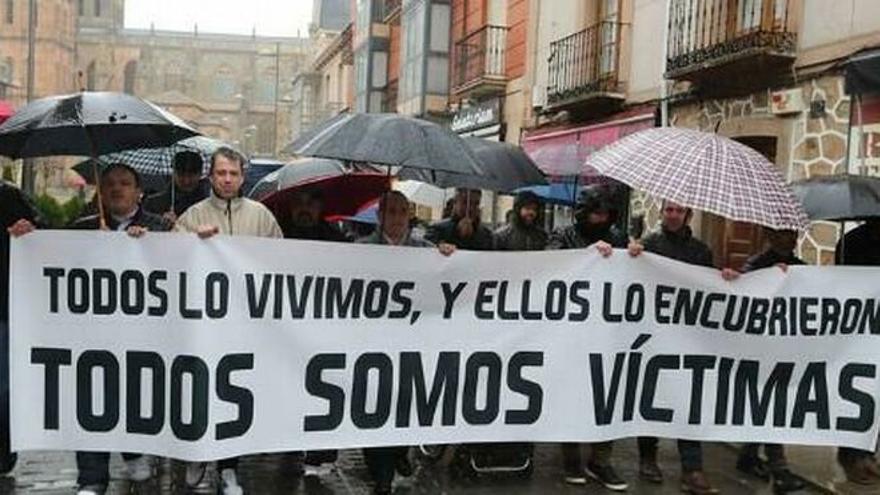 Last Wednesday, the headquarters of the Spanish Episcopal Conference hosted its first day for the protection of minors and prevention of abuse. A meeting that, for the first time, brought together those responsible for the Anti-Pederasty Offices created in the dioceses and ecclesiastical provinces, by order of the Vatican, to welcome the survivors and work for transparency and the end of the ecclesiastical cover-up of child abuse .

With a resounding absence: the victims. Throughout the day the voices of the survivors of harassment and violence exercised, for years, by clergymen, religious or personnel of Catholic institutions against children, for years protected by the silence of the institution and now, were not heard. due to the ineffectiveness of the Spanish Church and its unwillingness to investigate the reality of the abuses in our country, as all the states around us have done.

“The Spanish Church once again loses an opportunity to get closer to the victims, to count on us. One more,” laments Alberto, a victim of abuse by a religious two decades ago. “I would tell all these people that it would be good if when they held a meeting on child abuse, that they called victims, to find out what they are talking about,” emphasizes Julio, abused by a priest in Asturias in the decade of the eighties.

“They talk about their abuses, but they do not know about the psychological damage they have caused us, the damage to our lives. It would be very good if they did a little reflection listening to our lives, what has been before and after those abuses” , Explain. For his part, Juan Cuatrecasas, the “courageous father” of the Gaztelueta case, is ironic and stresses that “it would be convenient for an anti-abuse day to have the voice of the victims, and for the Episcopal Conference to publicly acknowledge that crimes they exist so that some will stop booing those who denounce them. “

The conference, which has almost tiptoed through today (the EEC posted a brief note on its website at the end of the conference), were opened by the spokesman for the Episcopal Conference, Luis Argüello. After the initial greetings, the participants shared the work of these diocesan offices. The panorama, as elDiario.es has been able to probe, is “bleak”, among those who claim to have had no complaint in these months, even those who rebel and criticize that in the anti-abuse commissions “we do absolutely nothing.” And it is that, in practice, these organs do not have a defined function.

Because, although the Directory for the prevention and fight against abuses has already been approved by the Vatican, it has not yet been published by the Episcopal Conference. “We have no criteria, we each advance on our own, we totally depend on the will of our bishop,” says a person in charge of one of these offices, who requires anonymity. “Coordination is essential to know what others are doing, and to improve.” In fact, this was one of the objectives of the conference: to generate coordination between the dioceses and the Episcopal Conference. In April, the bishops approved the creation of an advisory service for diocesan offices for the protection of minors and the prevention of abuse, a “service of communion and help will be provided to diocesan offices created throughout Spain to support their work. in the various areas of its activity “, according to the EEC note

Another problem is that, to date, with few exceptions, work has only been done on the management of reports of new cases, but not on how to help people who have suffered abuse in the past and who now need attention and repair, also economical. An issue that is not discussed: compensation to victims of horror. That we do not know how many there are, because the Spanish Church systematically refuses to offer data: in fact, we only know those offered by the Congregation for the Doctrine of the Faith (which have not been endorsed or verified by any body), points to that the complaints received by the Vatican for sexual abuse of minors by priests in Spain since 2001 amount to 220, of which 151 cases have already been resolved, while another 69 remain open. Figures very far from the journalistic compilation, which shows around a thousand complaints, which are shown as the tip of the iceberg of clerical pedophilia.

The conference featured two presentations: the first, by Jesús Rodríguez Torrente, Auditor of the Rota Tribunal of the Apostolic Nunciature in Spain, on the ‘Identity of the offices for complaints of abuse of minors’; while the Deputy Secretary for General Affairs of the Spanish Episcopal Conference, Carlos López Segovia, has exposed the ‘Types of complaints and possibilities of action’. In the afternoon, Salomé Adroher intervened, analyzing the ‘Comprehensive care of minors and vulnerable people’. Some victims who, again, had no voice or vote in the ecclesiastical assembly.