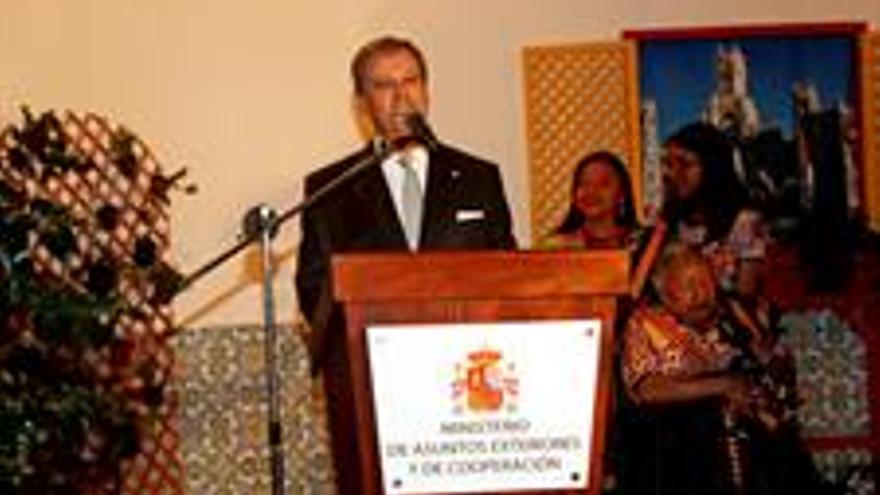 Guatemala, Jul 3 (EFE) .- The Spanish ambassador to Guatemala, Alfonso Portabales, was awarded this Friday by the local government with the Order of the Quetzal in the Grade of Gran Cruz, prior to leaving the country after five years in office diplomatic.

Guatemalan Foreign Minister Pedro Brolo presented the award to Portabales at a ceremony held at the Foreign Ministry in the country’s capital, with the presence of at least a dozen officials and diplomats.

“At the end of his mission, the ambassador leaves in us a feeling of affection and admiration, both for the work done and his personal contribution to strengthen friendship and collaboration between our countries,” said Brolo during the event.

The chancellor valued the work of Portabales at the head of the Spanish consulate and recalled that “the agenda developed” by the diplomat “was fueled by activities and efforts in various fields that have contributed to reinforcing both high-level political dialogue and the expansion of economic and cooperation ties “.

Portabales, a lawyer born in Galicia who was appointed to the position in July 2015, thanked the decoration and listed the Order of the Quetzal in the Degree of the Grand Cross as “an honor and a privilege”.

“My wife and I have become almost ‘chapines’ (as Guatemalans are called), because it is a country that we have received great affection for,” said Portabales, who also called it “a shame” to have to leave. .

Portabales recalled that during his administration he had the “fortune” to receive King Felipe VI in 2018 and all the foreign ministers, which has contributed to the “success of bilateral relations” between Spain and Guatemala.

“Spain loves this country. There is a permanent relationship and affinity and cordiality, which will make us always understand each other superbly,” concluded Portabales, 66.

Brolo explained that the Order of the Quetzal in the Degree of the Grand Cross is delivered to “those who have contributed to the strengthening of friendship, harmony and good relations between Guatemala and other States.”

The Guatemalan minister also highlighted Spain’s support for Guatemala with the natural tragedy of the eruption of the Fuego volcano in 2018, in addition to the support of the European country during the current emergency by COVID-19.

The Order of the Quetzal is the highest distinction that the Guatemalan Government grants both to personalities and to institutions that make important contributions to society.

Born in 1954 in Vigo, Galicia, he has a law degree, entered the Diplomatic Degree in 1981 and since then has been assigned to Spanish diplomatic representations such as Angola, Cuba, Norway and Argentina.

Guatemala and Spain have had diplomatic relations since 1864.