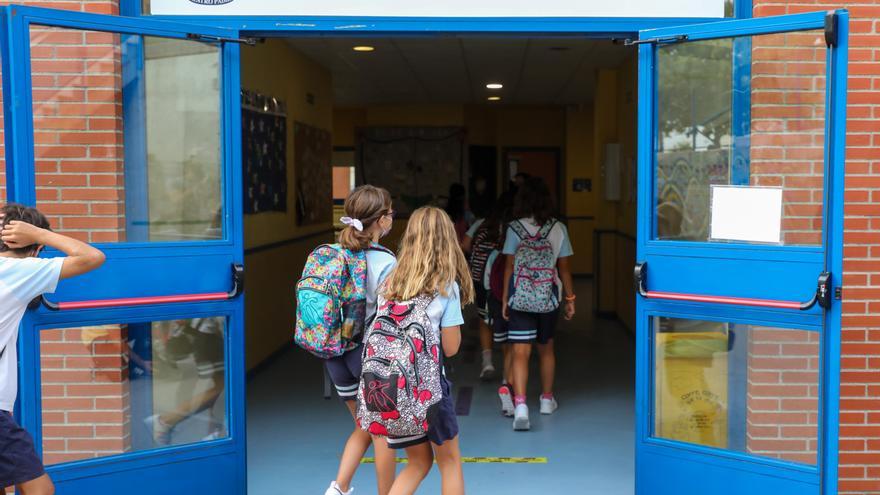 Going back to school has not led to an upturn in infections among boys and girls, the only ones who are not vaccinated in Spain. Children under 12 years of age continue to lead the incidence – something obvious, according to experts, given that they are not immunized – but the evolution of infections since summer in this age group has adopted the same downward curve as the rest: since 31 December July has fallen from 584 cases per 100,000 inhabitants in 14 days to 96.

The data does not show any negative effect related to the return to the classroom “despite the fact that there was a certain rumor that children would cause the sixth wave.” “It has not happened,” says Quique Bassat, epidemiologist and coordinator of the working group of the Spanish Association of Pediatrics for the Reopening of Schooling. Schools and institutes – at this level, boys and girls are already vaccinated – are one of the few social spaces that maintain restrictions practically unchanged from last year.

“The school is a safe space and the children have given us a great lesson in how one has to behave in a closed space: ventilate, wear a mask and wash your hands,” says Inmaculada Cuesta, a nurse who is a member of the Vaccine Committee. For Bassat, scientific knowledge has been dismantling over the last year and a half the initial hypothesis that they could be supercontagators.

The expert maintains that they transmit less than adults and, in addition, they have incorporated prevention measures “better” than the elderly, “without dramatizing”. “The virus at first resembled the flu virus, which could be more similar and which does find a lot of transmission among children. It is not yet known why in this case not, we assume a social and biological combination. Children touch each other. even more than adults but there are no outbreaks that start in them “, he points out.

This favorable situation is also related to the wide vaccination coverage. With 87% of the target population with a complete schedule, the collective immunization of a family becomes a “barrier” if the virus enters through children, Cuesta emphasizes. The vaccine is not sterilizing but it reduces the chances of getting it.

The authorization to vaccinate children will be a matter of a few weeks, according to the prognosis of the experts consulted. Pfizer formally requested the request from the US Food and Drug Administration (FDA) on Thursday. It already has trials that show, according to the pharmacist, that inoculating children under 12 is safe and effective. The request has been made initially for children between 5 and 11 years old. Then the youngest will go (from 6 months to 4 years), so it is foreseeable that the authorization will be divided by age.

Among the unknowns that remain to be resolved is whether vaccination in children will be mandatory. The immunization of this group is conditioned by a scientific and ethical debate that has not occurred in others: the risk-benefit is much more limited because healthy children do not develop the disease seriously. 16 children under the age of 9 have died since the start of the pandemic in Spain from coronavirus. “In children with risk factors, the risk benefit is great, but not in the general population. Most are asymptomatic and do not cause complications,” says Cuesta.

Bassat considers that “now it is less important that vaccination be massive” than in the case of adolescents “when the pandemic was in its last blows” and sees it possible that it is “open.” That is, the injections are not part of the mandatory vaccination schedule but are available free of charge for families who so decide. “It remains to be decided because even in the absence of an authorized vaccine, the incidence continues to drop while with adolescents it soared,” assumes the pediatrician, who advocates mass administration in schools where outbreaks have been diagnosed. Experts also note the “rush of pharmaceutical companies to approve it as soon as possible” to ensure sufficient demand.

And after vaccination of children, what? Will the measures in schools finally be relaxed? “It would not be a bad idea – Bassa proposes – to remove the masks first in schools, since children are less contagious, and observe. As long as transmission is kept down”.