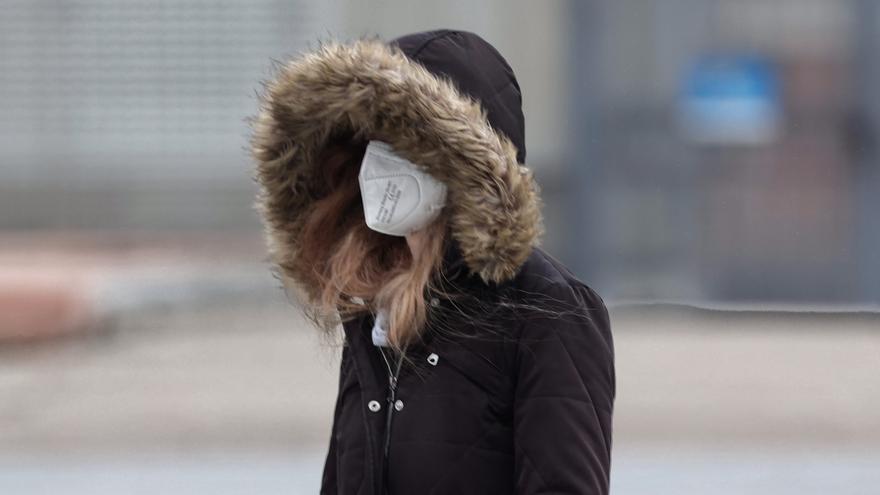 Two years after the outbreak of the crisis of coronavirus, when Spain was already beginning to gain momentum thanks to vaccines, a new wave, in the middle of Christmas, with a number of infections never seen by the omicron variant, with half a country isolated by the virus, has once again plunged the population into a state of turmoil no one expected. This is confirmed by the psychologists who, in their consultations, relive the ghosts of the baptized like pandemic fatigue. More than fear, they detail, now come "frustration and anger. " This time level sixth wave. "We need hope and think that we are going to manage this better as a country ”, points to El Periódico de España Javier Prado April, member of the National Association of Clinical and Resident Psychologists (ANPIR).

That the crisis of the Covid-19 a huge emotional toll has passed us, it is a no-brainer. It was her own World Health Organization (WHO) the one that, at the end of 2020, labeled that feeling: the so-called pandemic fatigue. A state of mind marked by demotivation, stress, apathy ... Spain was then surfing the fourth wave of the coronavirus and a woman, Araceli Hidalgo, 96, was about to be the first Spanish to receive the vaccine against to the virus.

A year later, our country has managed to reach almost 90% of its population over 12 years of age vaccinated with the full regimen and weeks ago the pediatric vaccination campaign began: 25.8% of boys and girls aged 5 and 11 years have already received their doses. However, a new pandemic wave has overwhelmed any forecast and makes our mental health, far from having improved, hit rock bottom again and again behind so many cases of anxiety or depression as specialists see day by day, uncertainty about the future, economic precariousness, emotional breakdowns, loneliness ...

"We did not expect it, the truth is that we did not. It is happening again live, a situation that, especially for two weeks, has been increasing. I would not say so much that pandemic fatigue is reactivated - that concept of boredom, laziness or uneasiness that makes people become a little lax - but those feelings will start to appear in the next few days. Now predominates the alarm and the uncertainty due to the lack of control and misrule that have characterized the phases of the last two years, "he says. Javier Prado April.

Other Christmases behind the virus

The psychologist adds that this christmas they are very reminiscent of a year ago. "That improvisation ends up generating unease, disaffection, the good recommendations with the absurd. Surprise, frustration, anger and indignation prevail at seeing how again we are behind the virus, which is not under control, "he says.

"Discouragement reigns chaos as if it were March 2020 again. The difference is that fear is not as intense as then"

"Official communication is failing in a very flagrant way these days," says Prado Abril. "General chaos and discouragement reign as if it were March 2020 again. Perhaps the difference is that fear is not as intense as it was then, as the threat is a virus that we all already know a lot about after two years of living with it. Nevertheless, the perception of improvisation and constant short-termism It breaks the hope that one day we will be able to get out of this terrible pandemic, "he adds.

Anxiety and depression in young people

The data that have become known in recent months, after those two years of pandemic, give an idea of ​​how the health crisis is affecting us. For example, a recent macro-survey of the pharmaceutical company Merck in which they have participated 6,000 people between 18 and 65 years old from ten European countries, including Spain, with conclusions on the perception of health of Europeans reveals that emotional problems are one of the main consequences of the health crisis: 19% of young people Spaniards between 18 and 29 years old (23% of Europeans) have needed pharmacological help for the anxiety wave depression by the impact of the crisis.

Mental disorders such as anxiety or depression have increased from 1.1% to 4% in children and adolescents between 4 and 14 years old

Another study, this time signed by Save the children, and presented just a few days ago, it warned that the pandemic has tripled the number of mental disorders suffered by children and adolescents between 4 and 14 years of age in Spain. According to the NGO report -titled 'Growing Healthy (Mind) An Analysis of Mental Health and Suicide in Childhood and Adolescence'-, mental disorders such as anxiety or depression have increased from 1.1% to 4% in boys, girls and adolescents between 4 and 14 years old and 2.5% to 7% for conduct disorders such as attention deficit or hyperactivity, compared to the latest official data available from the National Health Survey (ENS) of 2017.

Toilets to the limit

And how to forget the impact on health workers. They live the crisis in the first person and now - much more tired - they are once again overwhelmed. Uncertainty, fear of contagion, protocols that change, ethical dilemmas, deaths, physical and mental exhaustion ... are some of the causes that have affected their mental health during the pandemic. Today, in the sixth wave, one and the other repeat that they are exhausted. That they can no longer.

Today is my last day in a consultation as a Family Physician in Primary Care.

In two years, the Comprehensive Care Program to the Sick Doctor (PAIME), which was created in 1998 to offer specific care to professionals with mental disorders and / or addictive behaviors, has served 1,201 new cases, almost 37% more than in the previous two years. 60% of the patients who have attended the program are women. Cases of addiction account for 13.5%: 66% for alcohol abuse and 34% for other toxins. This is stated in the report of the Foundation for the Social Protection of the Collegiate Medical Organization (FPSOMC) which was unveiled last October.

For the vowel of ANPIR, Clinical psychologist of the Aragonese Health Service, many people, in their privacy, "considered this pandemic overThat's how we were told, they played with that idea, and now we return to an acting model that we had abandoned and it is unpleasant for us and many people will find it difficult. " Prado April, the population needs hope. "To believe that at some point we will manage it better as a country and not start over with new restrictions and new waves and new variants later. Hope and believe that governments they are knowing how to handle this situation".

Early decemberAfter months of consultations with scientific societies, patient associations and autonomous communities, the Interterritorial Council of the National Health System approved the new Mental Health Strategy 2022-2026, without renewing since 2009. In addition, the Government presented the Action Plan 2021-2024 Mental Health and COVID-19 to address the impact caused by the pandemic.

Spain needs twice as many psychologists in public health to be able to serve the entire population: there are around 3,000 and waiting lists are endless

The precariousness of resources in Spanish mental health was finally on the table. With a bloody reality: Spain needs twice as many psychologists -in public health- in order to serve the entire population. Currently, there are around 3,000 and the waiting lists they are endless. The Government, aware of the emotional impact of this health crisis, assured as a priority objective to place mental health as one of its priorities.

The day to day that, however, are reported by associations such as ANPIR is that little moves. The figures are what they are: exactly 2,850 specialists to cover all the problems that are seen in the consultations. PIR specialized health training places should be increased (Resident Internal Psychologist) to a total of 422, to achieve (in the long term) a number close to the 6,000 specialists.

A minimum figure to attend to the other great pandemic that Spain faces, much more silent: the suicide is the main cause of unnatural death in our country. The number of deaths grew in 2020 by 7.4% compared to the previous year, according to the data published by the National Institute of Statistics (INE). In that year, in which the Covid-19 pandemic began, a total of 3,941 people committed suicide, which is an increase compared to 2019, the year in which the figure rose to 3,671 people. The increase produced in 2020 is part of a prolonged exponential increase over time. All in all, it doubles what was registered in 2019 compared to 2018.

Regarding the suicide phone number announced by the Government, ANPIR says that "everything is unknown" and warns about coordinating from an outsourced and subcontracted service

Among the objectives of the Action Plan 2021-2024 Mental Health and Covid-19 mentioned above, prioritize attention to suicide and the announcement of the implementation a free public telephone service for suicidal behavior, attended by professionals -which will finally be line 024-, not yet operational. It was an old claim from patient associations.

However, ANPIR shows its misgivings about this new helpline. "About the suicide phone number for us is especially important, beyond the news, its content. Everything is unknown. We do not know when it will be launched, what type of professionals will participate and how it will be integrated into the public mental health network. The latter, the guarantee of continuity of care in the healthcare network, it is especially important to prevent deaths. It can be done in a harmonious way, it would be ideal, "says its spokesperson.

In addition, from this association they warn: "If it is done from an outsourced and outsourced service coordination is likely to be inadequate and specialized care will further collapse. It is a mystery that nobody clears from the presidency of the government".

Javier Prado Abril points out, by way of conclusion, that suicide prevention goes far beyond the start-up of a telephone line. Talk about having basic security covered (food, affordable housing, security, etc.) or putting in place active strategies for youth suicide prevention in the schools. Advises from his experience the need for accessible specialized mental health services, eradicate the stigma of mental health problems or support programs for families.