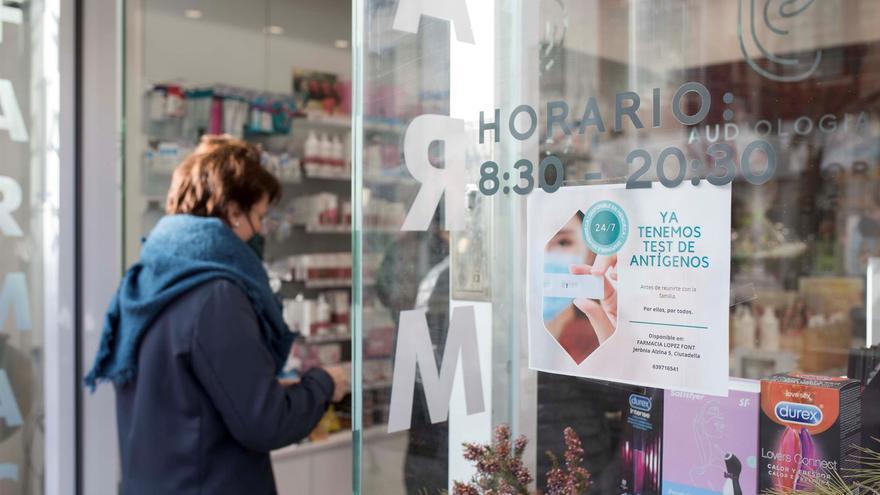 The sixth wave continues its climb in Spain. The 14-day incidence has registered a new record on Tuesday, reaching 2,433.94 infections per 100,000 inhabitants. This is a rise of 138 points from yesterday, slightly lower than the daily jumps that occurred last week.

Navarra is by far the community most affected by this upturn and almost triples the national incidence with about 6,000 cases per 100,000 inhabitants. This value in Euskadi rises to 4,505 and Aragon has 3,801 infections.

The daily contagion curve also continues to rise, although new cases are slightly down compared to those registered on Thursday. In the last 24 hours, 117,775 infections have been counted throughout the country, compared to 161,688 positives the day before New Year's Eve. In total, since the start of the pandemic, 6,785,286 people have been infected with coronavirus.

Catalonia, which contributes 20,219 new cases; the Community of Madrid, which adds 17,275; and Euskadi, with 11,806; are the regions with the highest number of new infections in the last 24 hours.

The Ministry of Health has reported in its last balance of 116 deaths reported in the last 24 hours, which leaves the total balance of deaths since the beginning of the health crisis at 89,689. This figure is somewhat higher than those registered during the past week, although deaths are still much lower than in previous spikes of infections.

Hospitalizations also draw an upward curve, although more moderate than that of infections, and ICU occupancy already exceeds 21.35% at the national level, with communities such as Catalonia particularly affected, above 41%. Euskadi, with 30%, and Castilla y León, with 28.5%, are the next autonomous regions with the worst data in this regard.

More than one million children between the ages of 5 and 11 have already received at least the first dose of the COVID vaccine, about 30% (29.9) of this population group, the last to join the campaign .

In total, Spain has administered 84.5 million doses of some of the available vaccines, with which 90.3% of the population over 12 years of age has already received the complete vaccination schedule, two doses of Pfizer, Moderna or AstraZeneca or one from Janssen. Of the total population, 80.1% are already fully immunized.

Communities are administering booster doses to all people over 40 years of age. 53.2% of them already have the additional puncture and 88.3% of those over 70 years of age also have this reinforcement injection. Those who were vaccinated with Janssen, the single-dose antidote, are receiving a second prick to complete their immunity. There is already 62.2% of this group that has received it.

Meanwhile, the Government and the autonomous communities have agreed to return to classrooms in person on January 10. The meeting of the inter-territorial councils of Health, Education and Universities has ended without surprises after the reversal of Madrid. Thus, university children, adolescents and young people will physically return to the classrooms as of January 10 despite the rise in infections caused by the omicron variant.

Several councilors and counselors -among them from Andalusia or Madrid- have proposed a relaxation of the quarantines in the classrooms to avoid the closure of classes if there are positive cases, but the Ministry has decided to postpone the debate.

The Alerts Report was going to discuss today a change in the quarantines of close contacts in schools to eliminate them in Infant and Primary in all cases, whether or not minors are vaccinated. However, the meeting of the technical body has been suspended and is postponed for next week, sources close to the Conference confirm.

In any case, the Minister of Health has clarified that shortening lockdowns and quarantines for the general population from ten to seven daysAs long as there are no symptoms, they can already be applied to colleges, institutes and universities.