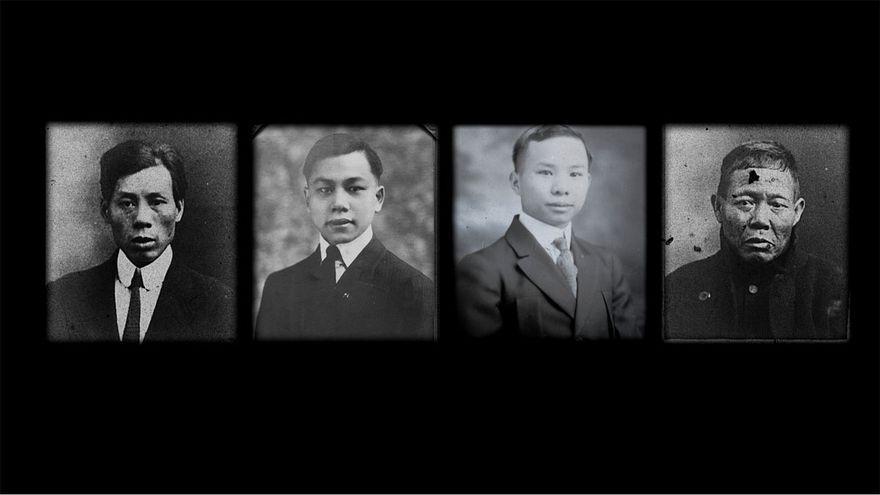 That sinking has received entomological attention in the last 109 years. Their cutlery, the orchestra’s songbook, the biographies of the 700 survivors … The documentary ‘The six’, which broadcasts ‘Documentos TV’, by RTVE, with the title ‘The last secret of the Titanic’, illuminates its only blind spot: the six Chinese who survived to disappear as if they had been swallowed by the ocean. The investigation reveals stories of racism and shame, lives for which that night was just another stone.

A note in Mandarin

An already emaciated handwritten registry note with eight names in romanized characters, probably a clumsy sonic translation from Mandarin, begins the search. They were sailors fled from the decline of their country who had been employed on English ships and who, after the coal strike, were sent by their company to the Caribbean. They traveled in the humble cabins in the lower part of the ship. Why did only two of the eight die when survival in the third class did not reach 20%? Arthur Jones, director of the documentary, throws up several hypotheses. “Their cabins were very close to the bow and they felt the blow even though they were asleep.. They were sailors and understood before the rest the gravity of the situation. They probably did not speak English and did not understand the orders to stay in the cabins. So they did what the rest did not: rush up the stairs up six floors to the lifeboat area. ”

Four shared a boat with Joseph Bruce Ismay, president of the White Star Line company, stoned by the press for abandoning the ship when there were women and children left. Against the Chinese, the stigma of the emigrant was added to that of the survivor to conclude that they occupied alien spaces in the boat. The press beat them up. He accused them of stowaways, disguising themselves as women and hiding under the seats of the boat. A newspaper highlighted the Anglo-Saxon heroism in the face of the cowardice of those “creatures who jumped into boats at the first sign of danger.” The investigation has debunked all the fallacies, Jones says. “Many came from people who could not see what happened in the distance and they had a racist Anglo-Saxon motivation. For example, if a white man had committed a dishonorable act, he was marked as Italian, ”he says.

A reconstruction of that boat in the documentary denies that six people fit under the seats. That argument that white women and children deserved life more than the Chinese is ethically debatable and decidedly futile: the lifeboats started from the ‘Titanic‘half empty and most of the women and children died because they never reached the deck.

The six arrived on Ellis Island aboard the ship ‘Carpathia’ along with the other 700 survivors. They did not pass immigration barriers or receive medical care. They were detained overnight and expelled at dawn because the Chinese Exclusion Act was in force, the only US law that has targeted an ethnic group. The law responded to the sentiment of the time. The economic crisis and unemployment made those self-sacrificing Chinese who had built the railway lines and other infrastructure expendable. The law was passed in 1882 with a planned duration of a decade but was extended until the United States needed China as an ally in World War II in 1943.

The six arrived in Cuba and soon set sail for the United Kingdom because many of the English sailors had enlisted in the war. They enjoyed work and raised families with locals. Six years later, in the midst of a recession and racism on the rise, they were expelled and forced to leave their wives and children behind. Neither the United States nor the United Kingdom they have still apologized for their discriminatory policies.

They went where they could. Hong Kong, Canada, India, the United States … Six years of searching for their descendants have given only to biographical scraps. Many did not even know that their parents had stepped on the ‘Titanic’. Fang Lang returned to the United States many years later, obtained citizenship and never revealed to his family that he was once a sailor.

Protect yourself from expulsion from the US

“The Chinese community had to change their names to protect themselves from expulsion. Revealing how they got to America could bring them trouble and keeping their secrets was their only way to protect themselves. Every community has its generation holes, ”says Jones. In recent years, he corroborates, his descendants rewrite the history of those who for decades felt ashamed. “They broke the laws, but they were unfair laws and they did it to survive. They want to end the secrets and claim their pride ”, he adds. “Gratitude”A daughter responds when asked how she feels about her father. The film aims to restore dignity to those Chinese who were vilified for living and for whom the most famous naval tragedy was only a training for what would come later.

Much has been said about the documentary in China. It has received rave reviews (an 8.4 out of 10 on the specialized portal Douban) and is thanked for bringing its heroes out of oblivion. He has also emphasized the painful parallels with today because a few minutes of film are enough to make the attacks on Chinese people all over the world dance in your head, the unpunished Sinophobia on social networks, the irresponsible role of the press … the crudest racism. It does not matter a naval sinking than a pandemic, the century before the present, in the Chinese the world continues to find the ‘puching ball‘where to vent your anger.