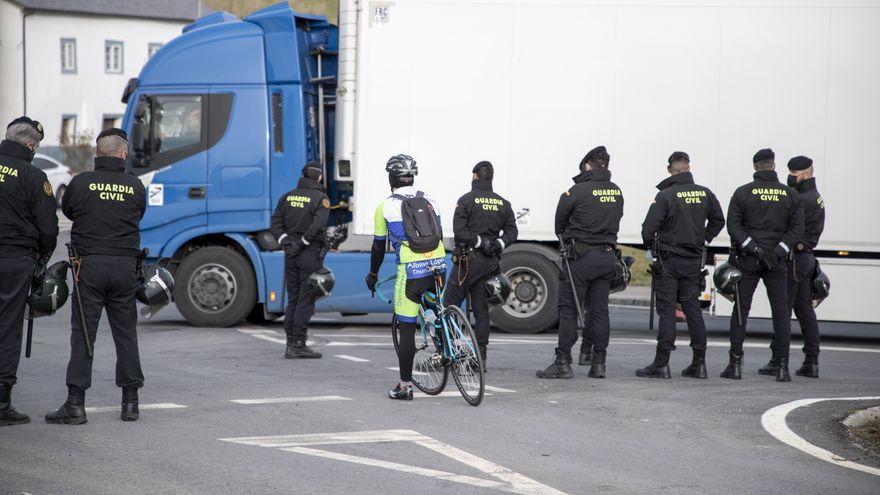 Through internal channels and without publicity, the food industry contacted the Ministry of Agriculture on Thursday night to warn of the "absolutely dramatic" situation that the protests in a transport sector are producing and of its consequences. "There will be a serious shortage in the coming days," writes the general director of the Spanish Federation of Industries and Drinks (FEIB), Mauricio García de Quevedo, to the general director of the Food Industry, José Miguel Herrero, in an email to which he has had access elDiario.es.

Keys to understanding the transport strike: who is who and what is happening

While the Ministry of the Interior speaks of "minor incidents" and normality in the transport of goods, the food industry made its own diagnosis four days after the start of the protest called by a minority platform in the transport sector. “Whatever Interior thinks it is doing is not working. Please do not assign us responsibility for reporting incidents. We've been doing it for three days. The key is to stop it now in the way that the State Security Forces and Bodies consider, ”writes the general director of FEIB to the Ministry of Agriculture.

From the Ministry of the Interior they emphasize that they have arranged an "unprecedented" figure of 25,000 agents to guarantee the supply of essential goods, protect essential services and guarantee work for the "vast majority of carriers who do not participate in these strikes" . “Supply convoys are escorted, patrols are carried out and agents provide security to logistics centers and freight transport nodes against violent pickets. There are hundreds of examples of these tasks that are being carried out successfully throughout the national territory”, say Interior sources.

In his letter to Agriculture, he appreciates the "help" and "involvement" of Agriculture and, from there, he begins to give examples such as Capsa, a leader in the dairy sector. "It's blocked. In the next few days she will have to throw milk into the sewer with the image that this will give. They call the government delegation, the Civil Guard comes, speaks with the pickets, without any arrests and without being assertive”, affirms the general director of FIAB.

“On some occasion they get a truck to leave, they follow it with private cars and then they either throw stones at it or puncture the truck, once it is out of the range of action of the patrol that has moved. On another occasion, a truck managed to get to the plant to load and it was the Civil Guard itself that discouraged it from loading to avoid trouble. You can call Jose Armando, I have his permission”, adds the general director of the food industry.

Interior denies such passivity and alleges the 6 detainees, 39 investigated and 595 identified. "The State Security Forces and Corps are acting forcefully against those picketers who commit criminal offenses," adds a spokesman for the Interior.

“There will be a serious shortage”

García de Quevedo, for his part, says he is acting out of “responsibility” for his associates and “loyalty” to the Government in the message he sent to Agriculture last night. “I have to transmit to you what we are perceiving and what my associates transmit to me. There will be a serious shortage in the coming days, there will be a significant economic loss on their already very, very difficult situation, ”he describes.

And then he proposes: “Either you act now with forcefulness and with significant media impact that discourages these actions or you look for another way to stop it (in no case give in to blackmail). If not, I am afraid that you will have to start thinking about doing something exceptional to restore the supply of food and beverages, yes, the sector will be even more affected and with more economic and employment difficulties. Believe me I am not exaggerating anything. You can contrast with the distribution or with any associate or company attached to FIAB”.

elDiario.es has contacted FIAB, who have refused to comment on what they have defined as "a reserved communication" between the Federation and the Ministry and which occurs "within the usual channels of public-private collaboration." The Ministry of the Interior stated this Friday: "All truckers who want to work will be able to do so." Regarding public services, he said that they continue to function and that goods and merchandise "are arriving and in no way can there be a shortage situation."

This Friday the associations of the food industry (Agri-food Cooperatives, FIAB, Aecoc, Asedas, ACES and Anged) have made a joint statement warning that the transport stoppage in Spain has already caused losses of 600 million euros to the primary sector, industry and food distribution and endangers more than 100,000 jobs.