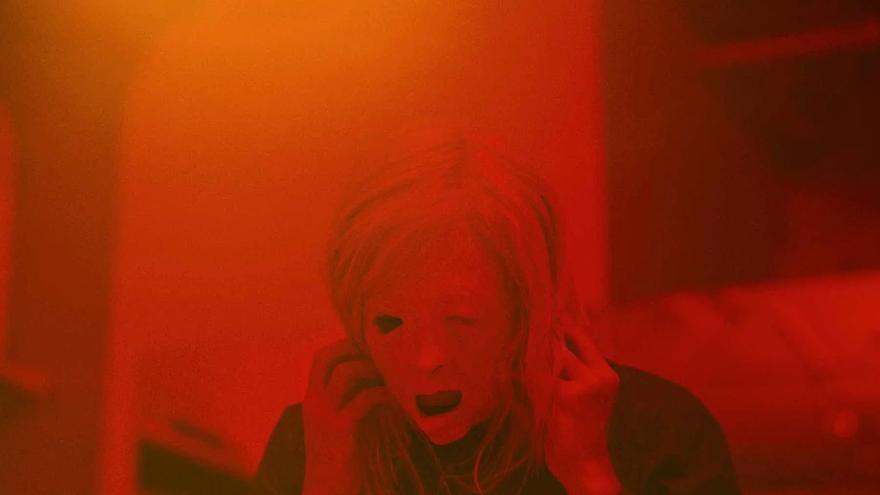 It was not like always, and the increase in restrictions applied in the last section of the contest altered some plans, but perhaps the important thing is that it was, that it happened. The Sitges festival was held for another year, in the midst of the pandemic, with an appreciable device of measures aimed at facilitating a certain social distancing experienced in the community, from a certain prudence … and with a virtual window of viewings on-line. The usual in other editions alternated with rarefied situations derived from the health reality.

In a moment of unease regarding bodies and their interactions, it seems appropriate that Brandon Cronenberg, the son of a teacher of the body horror as David Cronenberg (Chromosome 3, Videodrome), has won the two great prizes of the list: best film and best director. his Possessor uncut includes remnants of a Cold War narrative about people programmed to kill through mind control, reoriented to the cyberpunk imaginary of ruthless corporations and technology.

The record, as abundant as the program itself, handed out many more awards. The nuée, a fantastic look at the crisis in the relationship between individuals and the environment, won two very relevant distinctions: a special jury award and best female performance. The dark and the wicked, from the usual suspect Bryan Bertino (The strangers) was distinguished for her photography and for the performance of two of her male actors. The atmospheric restlessness of Relic received a mention for the best direction. For its part, the critics jury awarded Teddy, a story of animalities (lycanthropy?) in the French Pyrenees, and distinguished as revelation director Jonathan Cuartas for his reworking of the vampiric myth: My heart can’t beat unless you tell it to.

In an exceptional year of emotions and fears on the surface, in fictional worlds and in the real world, we bet on relegating the evaluative or the quantitative as the central axis of a selection, to fixate on the emotional atmospheres that several of the proposals. Starting, of course, with a story about contagion and fear of death.

She dies tomorrow it was an interesting sample of the cinema delegation indie American included in the official section, another fantastic film sample that almost completely renounces special effects. The protagonist becomes aware of human mortality in an extreme and short-term way: she is sure that she will die tomorrow. His state of existential anguish becomes epidemic, since he transmits his concerns like a virus.

Directed by Amy Seimitz and produced by two fantasy icons low cost Recent like Justin Benson and Aaron Moorhead, the film takes a look crossed by black humor. Dejected solitudes are laconically contemplated that are filled with self-destructive drives and strange obsessive ideas (the longing to be turned into a leather jacket!), But also emotional ties and desire for company. The observation of these situations can give off a certain coldness. However, a contained drama flourishes in some sequences … and rubs against the daily miseries of the characters when they collide with their families, friends and partners. It seems that individuals may deserve to be saved, or at least pity, while society may have earned extinction.

Natalie Erika James’ first feature film, Relic, has perhaps been one of the films in the official section that has generated more friction among specialized critics. The proposal seems to refer to that vague (and implicitly presumptuous) label of elevated horror, born in the heat of Hereditary. James bets on the construction of an almost permanent restlessness, without too much space for the specific shock.

Although there is room for almost Kafkaesque architectural nightmare sequences, uneasiness is cultivated with hardly any specific horrors displayed. And that can generate more of a cinephile frustration. The story of a mother and daughter who return to the family home, more or less reluctantly, because their grandmother has disappeared, speaks of the weakening of family ties due to geographical mobility, the abandonment suffered by the elderly and of the emotional distancing with respect to the problems of the third age. Unlike other stories about linear female sororities by default, its author stages a certain conflict and detachment between characters that is closed, yes, with images of (disturbing) healing.

Comedy has also had some spaces in Sitges 2020s. Perhaps the most characteristic humor of the cultural present and of the current fears of what we call the first world was provided Disconnected!. The duo formed by Alex Huston Fischer and Eleanor Wilson proposed us a satire where form and content are related in an unusual way: the indie-hipsterism, with its aesthetics of flashes of light and its narrative about the need to change intimately while accepting predatory social and economic realities, conditions the way of presenting the narrative, and at the same time is the object of criticism.

A young couple decides to step away from their electronic devices during a rural getaway. The urban dissatisfaction that yearns for a (poeticized) return to the natural world more authentic it is combined with a desire to reexamine their own love relationship … under the prism of the same values ​​from which they supposedly want to distance themselves. And it is that the proposal of Huston and Wilson tends to the amusingly paradoxical. When an alien invasion of furry balls and cute explodes around them, the characters’ intuitions are revealed to be true (rural isolation keeps them away from large-scale urban genocides) and false (they lose their roof over their heads and not they have someone to help them). Although the result may not be memorable, the cartoon also serves as a creative photograph of a social reality at a particular moment in time.

A forty-year-old man seems to have forbidden the supposed benefits of adult life: he lives in the basement of the family home and is tied (or chained) to the care of his mother affected by dementia. The main character of Rent-a-pal He casts his hopes of well-being onto a dating service based on video tapes and the phone, but only seems destined to find a strange recording of a man who promises an unconditional, devoted friendship.

Director of Photography Jon Stevenson’s filmmaking debut is an uncomfortable look at male frustration and resentment that a caring person can develop. Darts of discomfort are thrown at close range, which the author underlines by alternating the most everyday story with aggressive montages of uncomfortable and confrontational shots. During this process, the resolution of an enigma that perhaps is not so important is delayed: does the recording of Rent-a-pal Is it the cover letter of a disturbed person who will invade the protagonist’s life, is it a cursed and demonic tape, or is it simply a message in the videographic bottle where the main character projects unspeakable desires and desires?

Nostalgia does not have to go exclusively through The goonies and other samples of eighties American pop: we also have the right to other longings Sitges style, to remember the wave of Asian terror that arrived around the turn of the century. Kiyoshi Kurosawa, the director of Press Y Cure, continues to impress from time to time, but Japanese horror as a trend seems to have lost steam … and visibility, a lot of visibility. The Malaysian Timo Tjahjanto, responsible for tour de force very violent action The night comes for us, reminds us of the obvious links between that cinema and the elaborations of James Wan, signatory of Insidious or Warren expedient.

The devil take you too is the sequel to a previous film of pacts and diabolical possessions. A group of former residents of an orphanage are being attacked by the evil spirit of their caretaker, and they kidnap the heroine of the previous film to help them overcome the situation. The narrative combines the white-faced spirits of The curse with the colorful demonic baroqueism of Insidious 2. Some of the resources used are easy (loud booms, shaky frames) and the whole seems like a syncretic pottage that projects something of the nonsense with which its characters behave. However, the display of intensity may drag some viewers away. Of course: the proposal seems rather resolved when it has to do with the physical, when hyperactive demons emerge in the style of Infernal possession, that when it comes to representing human motivations and feelings.

Perhaps no one expected a sequel to Black water, an Australian killer crocodile film that devours anyone who ventures into local forests and caves. More than ten years after the premiere of the original, its director insists with a second part that makes intensive use of handy digital cameras to sign in a very close way some pictures of claustrophobic speleological and underwater narrows. The danger of drowning and burial is as important or more than the threatening presence of a large predatory reptile.

With its modest artistic ambitions and budget constraints, Black water abyss it represented with dignity that genre cinema that is very conscious of the audience it is targeting and of the expectations that it must aim to fulfill, even if that means falling into a certain inertia. It is a sample of narration perhaps folded into itself and in a series of conventions that must be respected, but that launches some connection cable with the real world: it includes some touches of sisterhood within an audiovisual present conducive to them (although sometimes , as in the case of Amulet, take monstrous forms). A conflict between women that could have been resolved through confrontation and hatred does not destroy solidarity within a friendship rarefied by an illicit romance.

Yes, in Sitges there is also room for tenderness between the predominance of violent images and the applause for the destruction caused by King Kong. We find that tenderness especially in one of the films in the animation sample: Hello world. The new feature film by director Tomohiko Ito is a delicious example of anime fantastic that crosses the yearnings of adolescent love with a story of artificial realities that can refer to audiovisual successes such as Matrix Y Origin… or to classics of literary science fiction like Simulacron-3, brought to screens in The connected world or Level 13.

In the film, a somewhat lonely and socially disengaged teenager receives a visit from a future self: he reveals to him that he lives in an artificial reality, a kind of replica of the world stored by a fantasy version of Google Maps, and demands that he save a loved one which he had not yet approached. The unfolding of a romance is intertwined with the dilemmas generated by knowing one’s own destiny, and all this is spiced up by bursts of action and epic that come to acquire monumental proportions. Some musical moments underline to excess the emotional intentions of those responsible for the film, but they are easily forgivable within an (almost) irresistible ensemble.