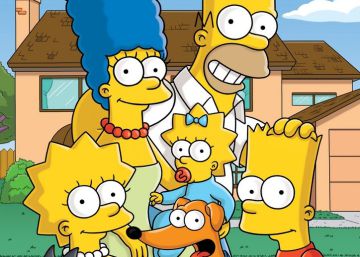 The Simpsons have already done it is the title of an episode of South Park issued on June 26, 2002. It was the poisoned tribute that children give to parents: thank you very much for clearing the road, you were pioneers and all that, but you stink.

The Springfield family has just turned thirty and that distant reproach of 2002 has been very short, although the fault is not theirs: if we eat lebaniego cooked daily, we will hate it and end up in the ICU, but we can not blame the culinary tradition Cantabrian of our empacho. Which does not exempt from admitting that everything one day The Simpson They had again, transgressor, daring and nonsense is today inertia, formula, camphor and easy joke.

The Simpson They are much more than a series. They are a cultural icon as powerful as a Greek myth. They define our era as Goya or the Beatles defined theirs. Not only have they transformed TV, but they have shaped the way we see the world.

When they began broadcasting in 1989, satire was a marginal expression, which does not mean that it was a minority or that there were no great popular satires, but that it was not accepted or considered in a good tone. Or it was very elitist or too populachera. The Simpson they took her out of the thug codes and took her to places hitherto dominated by the solemn and decorous, on and off television.

Now, the satirical occupies the center of cultural discourse. We have made irony and parody the lenses through which we filter what we see, and almost everything is due to Homer, distorted reflection of the viewer, corrosive criticism and complacent refuge at the same time. But we will not appreciate his mythological enormity as long as Matt Groening's churrería continues to spit chapters.