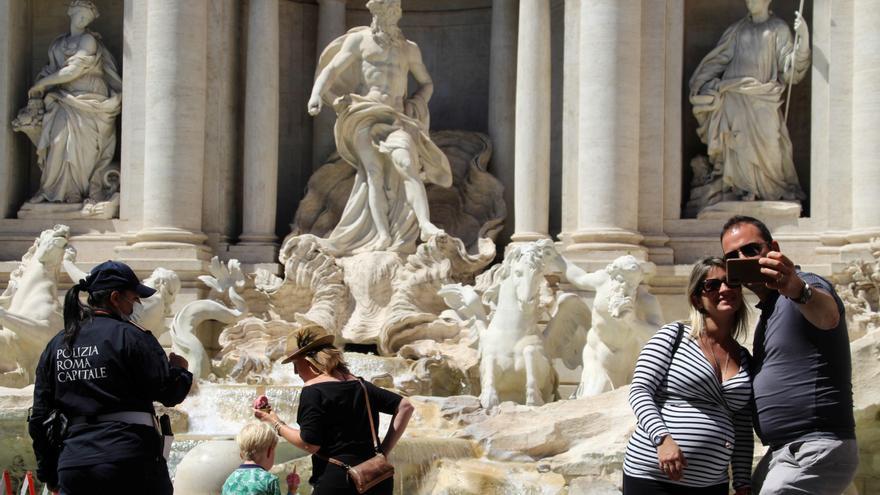 Rome, May 11 (EFE) .- Tourists have returned to the streets of Italy thanks to the reduction of restrictions and the improvement of epidemiological data, although it is a progressive return, still far from the usual figures of a spring without pandemic in one of the most visited countries in the world.

The presence of still more national tourists than foreigners, the return of visitors to the main museums or the first cruise excursions to be seen mark this “simmering” return of tourism.

Dominique, a Swiss tourist from Geneva who is visiting the Vatican for the third time and has arrived in Rome on a cruise, is happy to see the city without crowds: “There is no one around, it’s great, we can take photos without anyone leaving.”

Despite the requirement of a five-day quarantine for tourists entering Italy, few comply. “You only need to do a PCR before arriving and respect the restrictions,” he explains to Efe, convinced.

Nicola, from Luxembourg, has also traveled to Italy after taking a negative test for coronavirus, according to what he says at the foot of the steps of the Plaza de España.

He has come two days to visit his daughter, who is studying in Rome, although he plans to return with more time as of May 15, when “the policy of entry into Italy will be easier”, as he hopes that the mandatory quarantine will be eliminated for who come from the European Union.

The largest influx of visitors has been noted in the Uffizi Gallery in Florence, which last week received 21,000 people, of which 10% were foreigners, “French, English, Russians, Germans and some Americans,” he informs Efe its director, Eike Schmidt, who emphasizes that many have traveled from other parts of Italy.

This is the case of Alona and Veronika, two Russian students who live in Bergamo and have taken advantage of the fact that mobility between regions with fewer restrictions is already allowed to visit the Italian capital.

“We always like to travel and discover the beauties of Italy”, they express.

Laura and Mario, Spanish Erasmus in Rome, have packed their bags twice in the first two weeks of de-escalation: last weekend they were in Naples and Sorrento, and now they are walking through Venice.

“It will take time to return to Rome because we will make stops along the way, taking advantage of the fact that it is now easier to travel, because the prices are lower, there are fewer people in the museums and you do not have to book for the restaurants,” they say, with their heads already set at the destination of your next trip, Florence.

For the director of the Uffizi this time the return of tourism exceeds “the experiences of June of last year or February of this year”, when Italy loosened restrictions that were immediately tightened again by the poor evolution of the pandemic.

“The data confirms the optimism,” explains Schmidt, who hopes to reach last summer’s figures with 20% foreign visitors and also improve the absolute data, “which will make a difference.”

Tourist businesses also observe the arrival of new visitors, although most consider them insufficient, such as Gabriele Rosetti, who works in a religious souvenir shop next to St. Peter’s Square.

“Now the cruises are back and we have two or three a week,” says Rosetti, for whom the key to increasing the number of visitors will be the abolition of the curfew, currently set at 22.00 (20.00 GMT) .

Gabriela Morosanu, owner of a cafeteria near the Vatican, explains that there are “one or two percent of tourists who came before”, but, despite this, she is optimistic and assures that last weekend there was “a increase in travelers: Americans, many Spanish and some French “.

“Even on Monday we have seen more movement,” she says hopefully.

Rory Bruce, owner of the Babingtons cafeteria, joins the same speech: “Being open is already a great thing”, he is happy, and is grateful to have “a great national clientele” that makes up for the lack of tourists.

The centenary place, which was kept open during the two world wars, “for the first time in its history, has had to close the door because of this virus that has hit us globally.”