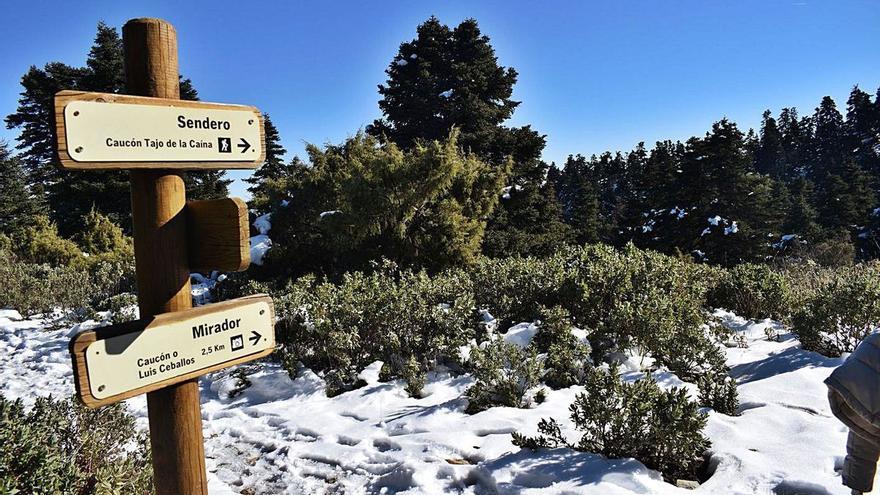 The Commission for Ecological Transition and Demographic Challenge has approved this Wednesday unanimously and with full legislative competence the bill for the declaration of the Sierra de las Nieves National Park.

The proposal has been approved with 34 favorable votes, no contrary votes or abstentions and no amendments, in the same terms of the report of the parliamentary commission’s presentation, since the amendments that were still alive, presented by Cs, have been withdrawn when recognizing the political formation that although they improved the text, they were not going to have the necessary support.

The Sierra de las Nieves National Park with the new figure of protection of the enclave, where more than 63,000 inhabitants live, It will enjoy the highest level of environmental protection for harboring exceptional natural and cultural values.

The new space, which is added to the Network of National Parks, has an area of ​​22,979.76 hectares in Malaga, the extreme west of the Betic Cordillera. Its declaration culminates a long planning process aimed at guaranteeing the conservation of a unique natural, landscape and cultural wealth, as well as the uses and activities that have historically contributed to shaping these values.

In total, this space has the presence of at least 10 of the 27 natural terrestrial systems included in the National Parks Law of 2014.

The new park, the sixteenth of the network, stands out for its natural system of fir and pinsapars since it integrates more than half of the total area occupied by this species in the whole of the country. It is one of the most extensive formations of Spanish fir forests preserved in the Iberian Peninsula. It also incorporates a representation of other interesting formations, such as the peridotitic black pine forests of the western sector of Malacca, the interior black junipers, the humid cork oaks of Cádiz and the spiny padded scrub and meadow thyme.

The first conservation initiatives in this area date back to 1917 and a good part of that century had to pass for the enclave to be declared a Natural Park in 1989 and years later a Biosphere Reserve due to its ecological singularities with a high diversity of species of flora, some threatened with extinction, and more than 120 species of birds, including, for example, the redstart (Phoenicurus phoenicurus), which is in danger. Also noteworthy is the presence of ibex, chiropterans, reptiles such as the Andalusian longtail (Podarcis vaucheri) and the tridactyl (Chalcides striatus) and Iberian (Chalcides bedriagai) skinks and a subspecies of salamander (Salamandra salamandra subsp. Longirostris) that is only present in the provinces of Cádiz and Málaga.

It not only has environmental but also cultural values, since the eleven towns in which it is located house a rich heritage of castles, towers, farmhouses, necropolis, along with gastronomy, folklore and crafts.

Once the Declaration Law of the Sierra de las Nieves National Park enters into force, the regional administration will have a maximum period of three years for the new enclave to have a Master Plan for Use and Management.

The Law includes support for local populations residing within the park, in particular through promoting the development of commercial and economic activities linked to sustainable rural tourism.

During the debate of the Presentation in the Parliamentary Commission, the unanimous vision reigned that this is a day of celebration for the environment, to congratulate the population affected by the declaration of the new figure of environmental protection and to underline the impulse of the local population in preserving the values ​​and wealth of this enclave for more than a century.

For the deputy of Teruel there is, Tomás Guiarte, he hopes that after this there will be many more and has regretted that currently only two provinces in Spain, Teruel and Valladolid, do not have any National Park despite the fact that both have natural wealth. Thus, it has hoped that agreements can be reached to establish this figure of environmental protection in both territories.

In her turn, the deputy of Cs María Carmen Martínez has celebrated that this is a “good law for the region” that has a “wealth that deserves to be protected.” “In general terms it is a very positive law”, he celebrated.

Along the same lines, the deputy of Más País Verdes Equo Inés Sabanés, has agreed that the declaration of the Park is “very positive” because it incorporates “the Andalusian and Moroccan ecosystem” although she considers that the limits “could have been greater”. “We hope that the Junta de Andalucía can assume the possibility of expansion,” he said.

For his part, the deputy of United Podemos Juan López de Uralde has said that the incorporation of a new national park to the network, which “must be a safeguard of biodiversity” because as he recalled, Spain is the most biodiverse country in Spain , which forces the country to adopt an “added responsibility” and trusts that the area, like the rest of the national parks, will become an area of ​​tourist attraction.

“The protection of biodiversity is a question of patriotism”, López de Uralde has added that he considers this to be something that “does not abound” in Parliament. In any case, although from “tomorrow” work will begin on an extension of the park, this is a day of celebration.

In the same vein, the deputy of Vox Patricia Rueda believes that this Wednesday is “an important day” in which Andalusia shines after a “long process” that supports the municipalities that for decades have demanded this declaration. Rueda has recognized the work of those who have collaborated in its protection and has defended that Vox “always” is next to those who protect the value of natural ecosystems and to guarantee the natural, cultural and historical heritage and to be next to the rural world .

While, the deputy of the PP Carolina Rueda has described this May 26 as “historic” because “justice is done” with the Sierra de las Nieves and in which the beginning of the end of a long process that began in 2011 is reached, although the first conservation studies date from 1917.

Rueda has praised the involvement of the population of about 64,000 inhabitants whom he has defined as “authentic patrons” so that the enclave has reached the current moment in this state of conservation. Along these lines, he has highlighted that the declaration has the support of all the municipalities, of all the administrations that have “rowed in favor of this dream”, fruit of the “iron will of its population”.

Now, as highlighted, a “historic opportunity” opens up in the area for the economic and social development of these municipalities based on environmental values ​​as well as to establish rural population.

Finally, the PSOE deputy José Carlos Durán has defended the “priceless jewel” of this new national park that is home to 65% of Spanish fir, and a natural wealth that makes it worthy of this declaration that will have positive consequences for the sustainable management and conservation of the natural enclave and for the development of the region. “The word National Park has become a brand of sustainable tourism,” he said.

“Without this sex education is lame”