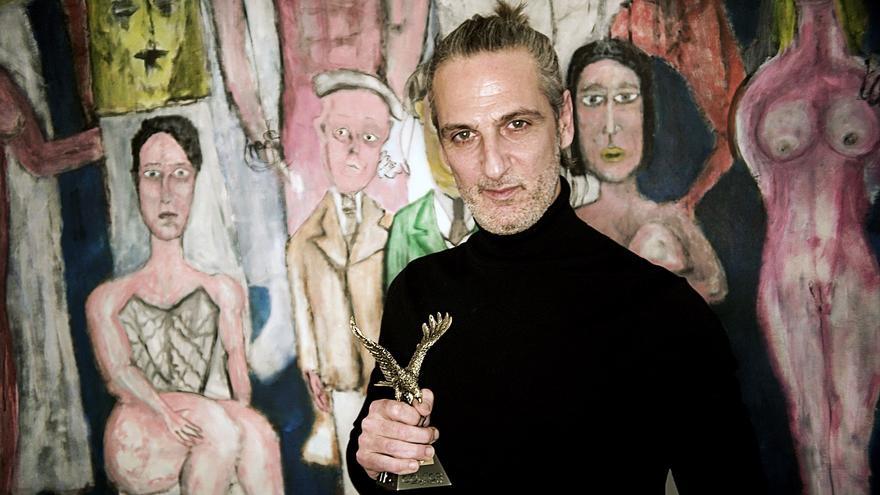 Palencia, Dec 13 (EFE) .- The short film Stephanie, by Belgian Leonardo van Dijl, has won the 32nd edition of the Aguilar Film Festival, which has developed all its programming in telematic format and ended this Sunday with the awards ceremony to the best shorts and the award of the Golden Eagle to the actor Ernesto Alterio.

Stephanie is a film that closes the trilogy that the director Leonardo van Dijl has dedicated to the complex relationships within the sports field, according to the organizers of the Aguilar Film Festival reported in a statement.

According to the jury, the winning film "portrays a rarefied world reminiscent of the royal courts of the 18th century, where feelings have to be repressed to promote a cause of their own."

The jury has valued the aesthetics of the frames and the montage, which, they affirm, "point to a director with mastery for audiovisual narration", as well as the script and the interpretations that "evoke a great sensitivity towards a young character who enters into a game of self-denial and ruthless determination. "

On the other hand, the jury's prize for the best national short film, which gives access to the initial selection of the Goya awards, has been for El martir, by Fernando Pomares, while the audience's prize went to The verdict in case of K, by Austrian Özgür Anil, a film that also won the best actor award, awarded to Namzi Kirik.

The award for the best animated short film went to Mascot, the creation of Korean Leeha Kim, of which the official jury has highlighted "the elegance and beauty of its animated images to tell a sad and everyday story in a subtle way".

Among the winners of the thirty-second edition of the Aguilar Film Festival are also Shoko Hara, best director for Just a guy, and Plamena Stefanova and Salomé Dewaels, ex aequo award for best actress for their performances in Nina and Plaqué d'or.

The last three awards of the official jury have been for Duván Duque, best script by Masmelos; Alana Mejía, best photography for Forastera; and Vanessa del Campo and Karel de Cock, best edited by Marte, Oman.

With regard to the prizes awarded by other juries, the one for the Spanish Showroom competition has been for Solar noise, by the Basque filmmaker Pablo Hernando; the best short film in Castilla y León for De Perfil, by Alejandro Renedo; and that of the De Campo section for Rural Women, a Cantabrian production by Marta Solano.

In addition, the critics award went to Yo, by Begoña Aróstegui; the best short film directed by a woman Dacã ne desteptãm, by Larisa Faber; the best original music Sam Orti, for his composition for Rutina, la Prohibition; and that of the Young Jury for The Concierge, by Marcel Mettelsiefen and Mayte Carrasco.

Finally, the Senior Jury award went to Marte, Oman, by Vanessa del Campo, and the Red Cross award for the best social values ​​Nina, by the Bulgarian Hristo Simeonov.

In addition to the awarding of the awards, the final session of the festival hosted the delivery of the Golden Eagle to actor Ernesto Alterio.

In a video issued at the closing of the contest, Alterio assured that "it is an honor to receive an award like this one that has been achieved by people I admire so much. I take it as an encouragement and a shot of energy that comes from Aguilar de Campoo" .

The Spanish-Argentine actor recalled that the short film was his first foray into the audiovisual world, for which he thanked the festival organizers for the work they do supporting this format, which "is the seed of many things."

"Congratulations for having carried out this edition in such a complicated year for all of us," added Ernesto Alterio, who thanked the Aguilar Film Festival's Golden Eagle award to which he wished "long life."

The 32nd edition of the Film Festival began on December 4 with the presentation of the Golden Eagle award to director Pedro Almodóvar and ended this Sunday after programming a selection of 121 national and international short films.

The festival is organized by the Aguilar de Campoo City Council with the sponsorship of the Ministry of Culture and Sports of Spain, the support of Acción Cultural Española (AC / E), the Junta de Castilla y León and the Diputación de Palencia and the sponsorship of Gullón and Aquona cookies.