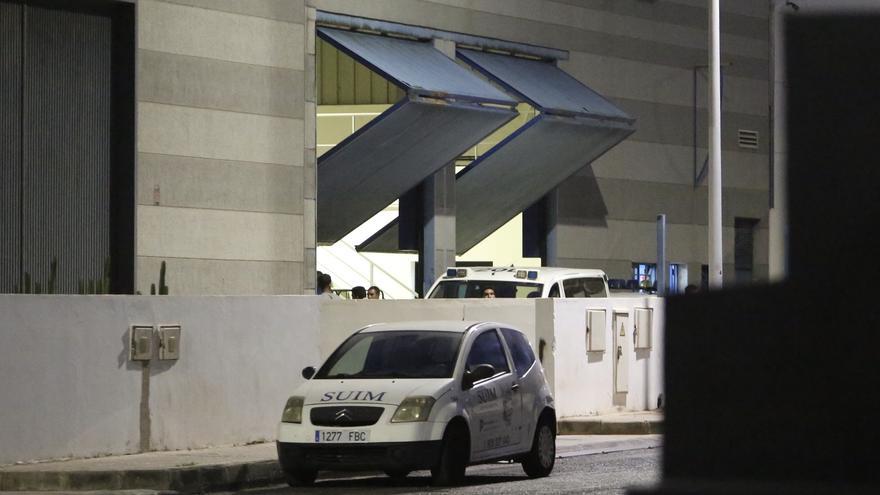 The Interior Ministry has reactivated the warehouse enabled in the Port of Las Palmas to house migrants during the first 72 hours they spend in the Canary Islands, after being evicted and closed on October 7. That same day, the Minister of Migration, José Luis Escrivá, traveled to the Islands to assess the reception situation in the Archipelago, and during his visit the Archipelago received 1,015 people in 37 different boats. With its immediate closure, the 70 people who remained in the ship were relocated to centers managed by the Red Cross in Tunte and Lomo Jurgón. A decision criticized by the professionals of the Canarian Health Service (SCS) who treat them for being remote points of difficult access, little recommended for people who require constant health care “having arrived in poor health, dehydrated and with ulcers due to spend ten days at sea in the same position. ” In addition, one of the groups that was in the ship had come in a boat in which three people died.

Health sources that assist the migrants on the ship explain that the warehouse currently houses about 79 Maghreb people. None of them, despite having spent up to 14 days at sea, “have access to showers, soap, clean clothes or toothbrushes.” In the case of the women who have been there, they also did not have access to pads. Currently, there are only men. People sleep in lounge chairs. “As there are not enough, about five migrants sleep on mats on the ground,” explain health sources.

The ship currently has four chemical toilets for 79 people, causing an “unbearable smell” due to the lack of ventilation. The food they receive is the same that was offered to them in the dungeons when, before the pandemic, they had to go through the police station for the National Police to proceed with their affiliation. The Government Delegation in the Canary Islands has explained to this wording that the function of this ship is the filiation of migrants, the performance and waiting for results of PCR tests.

The migrants housed there mainly have skin problems, as a consequence of spending several days in the same position on the barges. Health professionals explain that they find it difficult to delve further into their state of mental health due to the lack of interpreters.

The Interior Ministry announced on Tuesday that it is looking for a space in Gran Canaria to house migrants in their first 72 hours, to avoid their overcrowding at the Arguineguín pier. As the President of the Government in the Canary Islands, Ángel Víctor Torres, explained, two military spaces have also been requested on the island and formal requests to house migrants are being “finalized”.

We need your support to continue to inform you. The coronavirus crisis has dealt a severe blow to all the media, including this one. We intend to avoid any type of cut that supposes a reduction in the quality of the information that you demand of us. But for that, we need your support.