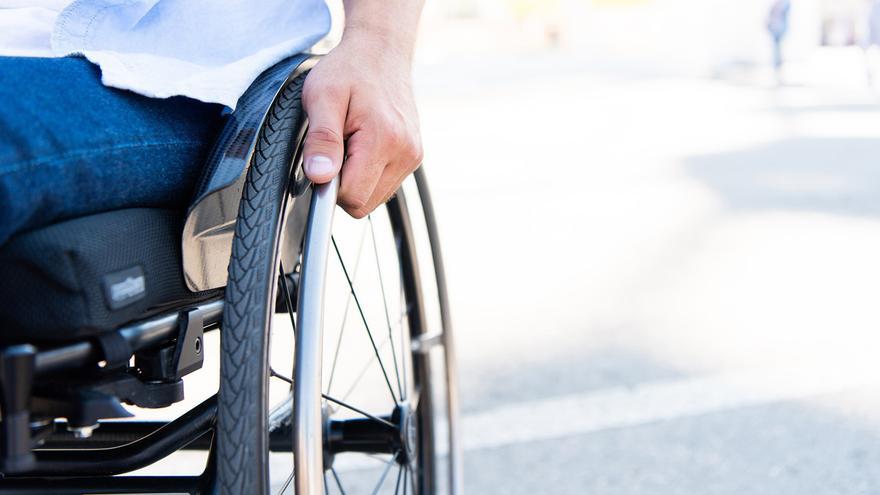 “From Sea Inside to ChampionsThat is what we have progressed “- Antonio Centeno laments -” we have gone from the absolute wretch for which the best thing to do is to help people to tell us that we are great, which is much more pleasant to see “, he says ironically.

Centeno has a functional diversity that forces him to go in a wheelchair. You need the help of another person to carry out a large part of your daily tasks, all those that you cannot do with your own hands. He puts it like this: he needs a person to lend him their hands. And that is precisely the job of the sexual assistant: “A purely instrumental intervention, like a sign language interpreter, to do what others do with their own hands,” he explains.

Professionals find that their talks are increasingly demanded in specialized centers and that more families are interested in this matter. The sexuality of people with disabilities has been making its way in recent years, although yes, in very specific areas.

Some countries of the European Union such as Denmark have developed laws by which they grant people with functional disabilities the right to access a sex worker once a month and without any cost. In force since 2005, it is similar to what happens in the Netherlands, although in this case what is done is to offer money to the interested parties themselves so that they can manage it.

“It is not what we want, there is not that idea of ​​sexual assistant as a form of autonomy, but prostitution financed by the State,” complains Centeno, who defends that sexual assistance is “a form of autonomy” similar to that offered by the personal assistant, a figure recognized in the Dependency Law. “When I comb my hair, I use my assistant’s hands, but I make the decisions,” he explains.

Although he complains that it is a very difficult subject to tackle due to a cultural problem with sexual pleasure. A personal assistant may touch the genitals of another person at certain times, such as grooming, but the conflict comes “when it is the intention to generate pleasure.”

Only Switzerland has regulated the figure of the sexual assistant, even offering training for those who want to dedicate themselves to this and regulating the monthly number of assistances allowed since 2007.

In the case of intellectual disability, the way to approach the matter is more complex. According to professor in Psychology of Sexuality Félix López because “the limitations in decision-making mean that they do not control the risks or the way in which to communicate,” something that requires greater involvement of the family and professionals.

Plena Inclusión, the most important organization for people with intellectual disabilities in Spain, made up of more than 900 associations, establishes a series of minimum principles that must be met so that these people can also develop sexually.

Among others, they highlight the importance of privacy and to stop living “with open doors”, to learn to have personal relationships in other spaces beyond the home and the occupational center, and to offer greater autonomy and less self-protection, already that if they learn to make basic decisions, they will know that their opinion is heard and valued.

The sexologist Carlos de la Cruz explains that the most important thing is “to have learned that your body belongs to you”, something for which it is necessary for the environment to show respect and consideration for all daily relationships. He clarifies that the vast majority of families are about to collaborate but that this “is up to us all”, emphasizing that “there are already laws that if developed will allow many things.”

Experts complain about the negative predisposition that always exists with people with intellectual disabilities: “We must not only study what they are not capable of doing, but what they can do and, above all, what they would be capable of doing. if we helped them, “explains Félix López.

These two professionals clarify that most of their work consists of dismantling myths and stigmas that surround the sexuality of people with some type of functional diversity. Or sexualities, in the plural, as Carlos de la Cruz prefers to call it, who understands that “in the plural it is much easier to understand that people with disabilities are part of it.”