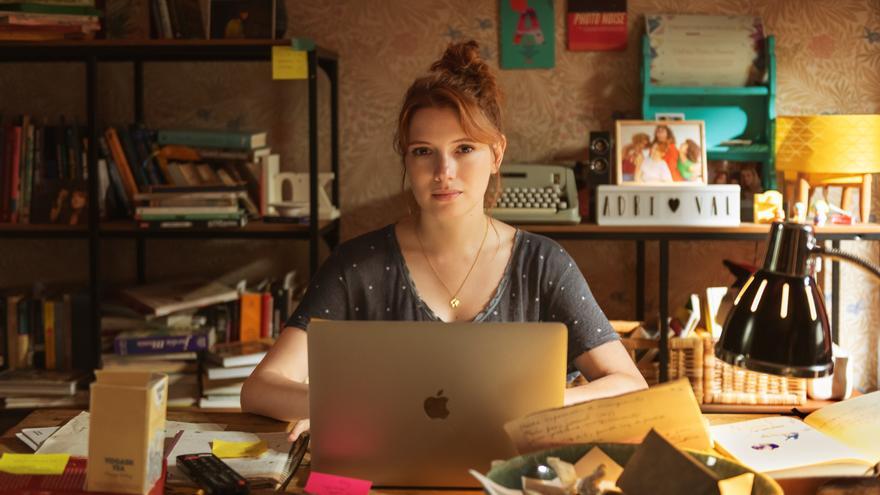 Madrid, Jun 21 (EFE) .- Reconciling with some of his fans, critics of the television adaptation of the “Valeria” saga, will be the purpose of the second season of the Netflix series, the writer Elísabet Benavent tells Efe, who this time is an executive producer and has lived through her entire process very closely.

Valeria is her “child”, the one who opened the doors for her eight years ago to become a best-selling writer and that is why she is happy to be able to experience her transformation up close. She feels “much more comfortable as an author” having the opportunity to comment and knowing that “there is a desire to return to the book,” she says.

Known on social media as Betacoqueta, Benavent (Gandía, Valencia, 1984) is one of the best-selling authors among young audiences and followers (the vast majority women) of romantic comedy. In addition to “Valeria”, Netflix is ​​also adapting two of his other books: “We were songs” and “A perfect story.”

Question: At what point is the second part of “Valeria”?

Answer: It is already recorded and we are waiting for Netflix to confirm the release date, which will be this year (…) I have been able to experience the process from within, from the pre-script treatment, the recording, the post-production… and I am delighted because in this second season there is a clear intention to return to the original of the books, after in the first certain licenses were taken. I think this season the people who liked the first season are going to like it a lot and they are going to make peace with the readers who saw many differences with the book.

Q: Is it very hard for you to let your work pass through other hands?

A: You have to do a previous exercise, which is to release the character. It is done a little when you publish the book, because before publishing it, those characters are only yours, but then they are also yours, because they can understand it in a way that is not the same as you have raised it. When someone picks it up to translate it into another language, you have to do that exercise very, very thoroughly. In the first season there are many things that were very different from the book. So I always conceived of it as “no one is going to tear the pages out of my book, my book is still what it is.” Audiovisual Valeria is another Valeria.

Q: And do you feel calmer now, as an executive producer?

A: Yes, it is true that I feel much more comfortable as an author having the opportunity to give my voice as an executive producer and knowing that there is a willingness to return to the book. But I think it is a matter of the author’s zeal because of course, she is my girl, Valeria will always be my girl because she is the first and she has given me many joys. All I have is thanks to Valeria and I am more jealous perhaps with her than with other characters.

Q: You say that the pandemic affected your inspiration very negatively. How are you now, that the light is beginning to be seen?

A: I feel motivated. After a hiatus when you cannot find the thread to pull, you have the idea very settled but it does not come out … Suddenly you start going out, you start having many more projects … The people who work on this are going the way, It is better for us to work under pressure and everything flows in a much more natural way. Movement attracts movement and ideas are like that, as some things come in, others come out. So right now I’m super motivated.

Q: Do you feel that in the pandemic your novels have gained value as an escape route?

A: The other day I was talking about it with a writer friend and I told him that I don’t feel that we (writers) make the world move, because I have a friend who is a doctor, one who is an engineer… they all leave their mark very visible. And he would say to me “what do you mean? Entertainment has been badly maligned. It has a negative connotation, but the truth is that it is needed. From the point of view of someone who makes entertainment, I am very happy to be part of the moment of disconnection, of decompression. The only thing I aspire to when a book of mine is opened is for them to forget routines, daily problems and to get in there and be able to travel from the sofa.

Q: Has the romance novel been revalued, less brainy?

A: Now you have put yourself in value for everything about the pandemic, because it has helped people. There is still a condition that is “there is quality culture and there is entertainment.” And we are going to fight over this for a long time. There are many people who wear the monocle to speak. But entertainment is also culture. We must stop labeling “culture and entertainment” because as we have seen in confinement we need everything. We need a brainy book, a less brainy one … and for me there are no major and minor genres and we have to remove a little skin from this “gafapastismo” because it is counterproductive. All culture should row in the same direction.