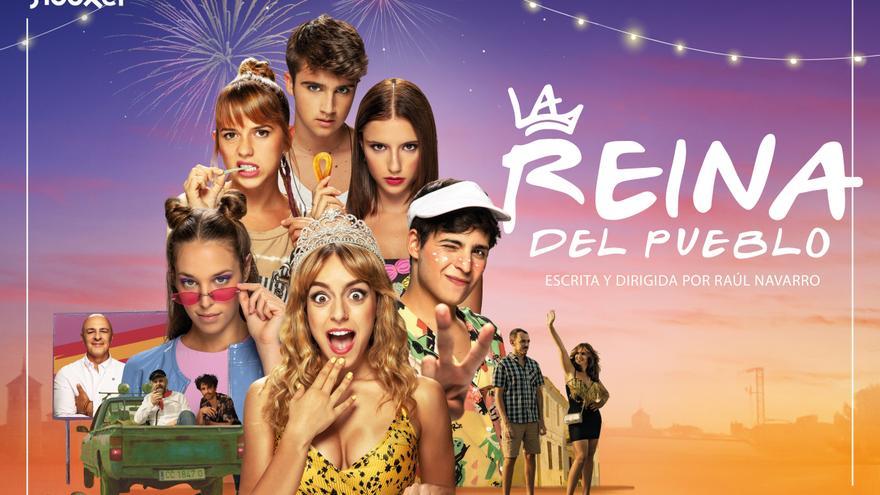 Madrid, Jun 26 (EFE) .- With most of the popular festivals suspended for the second year in a row as a result of the pandemic, Flooxer presents the series “La reina del pueblo”, an antidote to the nostalgia for open-air festivals and fairs this Sunday on the Atresmedia Player platform.

“It’s hilarious and it’s the closest we’re going to get to attending a festival or a popular meal in a year. It brings you closer to the festivities of your town and with nostalgia it transports you to that time when everything was easier and you were happier and you were walking around the fair with a mini in hand, ”the creator and director Raúl tells Efe Navarro (“The neighbor”).

Produced by Atresmedia TV, the series premieres this Sunday, June 27 in full on the Atresmedia payment platform and later it will be able to be seen openly on Flooxer, the Atresmedia group’s platform aimed at a young audience.

The central argument revolves around a desire Inma, who before fleeing her town to study the race wants to win the Queen of the festivities competition, a tradition that continues in most of the towns of Spain.

To achieve this, she will rely on her best friends: Estefi, “the activist for everything” who keeps unspeakable secrets; Javi, “the brilli brilli made a person”, a being made of sexual appetite; and Nicole, “an ‘influencer’ forced to hide from the world” in this town.

Together they will make the viewer travel to that universe of colored flags, stuffed animals won in shooting booths and tombolas, the smell of churrería, offerings to the Virgin and tributes to the products of the land. In the case of Polvaredas de la Sierra, melons and their different varieties.

“I wrote it during the strictest confinement, at the time of hysteria, psychosis and more pessimism and for me it was an escape route from doing the opposite. That is why it is a very luminous series, with festivals, concerts, calimocho…, everything that we could not have, I wanted to let go of all that and counteract the horrible moment that we were all going through, “explains Navarro.

Along with the young people complete the “casting” of characters, among others, actors such as Roberto Álamo, Helena Ezquerro, Máximo Pastor, Maite Sandoval, Canco Rodríguez, Raúl Cimas, Alberto Casado and Melani Olivares, who plays nostalgia personified.

She is Estrella, who was Miss Spain in 1993 and the most famous mamachicho of her time. He lived through the 90s and part of the 2000s with a lot of media intensity but his light suddenly went out and now he lives doing the bowling that he can and remembering his best anecdotes.

“It is a series that touches a little sticks of all ages. I do not think it is a series only for young people because conflicts are a bit timeless and in the series there are constant references to the ninety-two thousand that those of the Zeta generation do they will understand, “explains the director.

“The queen of the town” speaks, above all, “of friendship” and of “that moment in life in which you look for a way to be special, to be unique, to stand out. That is something that happens to all characters. young people but also that of Melani Olivares “, adds Navarro.

And it is that during these holidays, on the way to fulfill her dream, Inma will learn that in life the travel companions are more important than the destination and that misdirected ambition can take its toll on you.

The series was shot in Noblejas, a municipality in the province of Toledo, and with it Navarro also wanted to get away from the most frequent way of telling stories about towns, ridicule and exaggerated stereotypes. “In the towns people right now are not so different, they have the same references,” he says.

It does maintain the line of what happens in many towns, where the mayor governs for years, regardless of the party he represents. The one from Polvaredas de la Sierra, the town of melons, “was always socialist” until “in the last elections he was convinced that the only way to win was to run for Vox.”