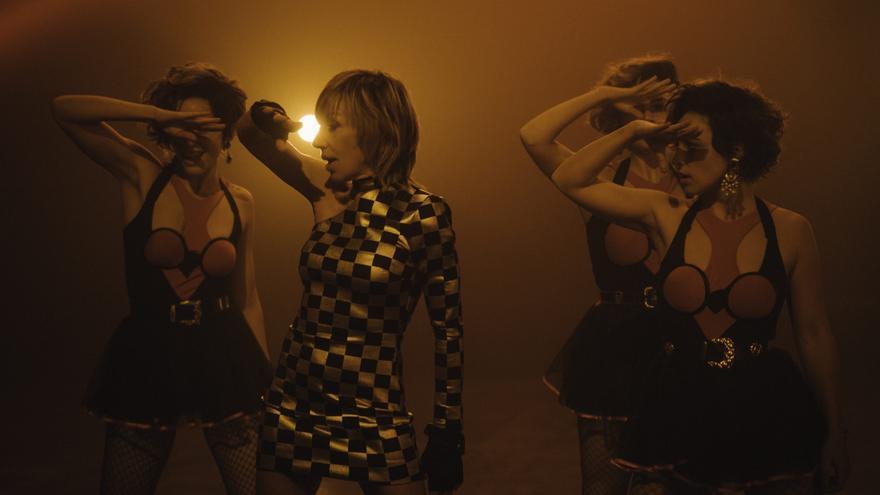 Madrid, Jun 7 (EFE) .- A few days after the premiere of "Paraíso" on Friday the 4th, Movistar + has announced this Monday the publication of the official video clip of the series, starring Ana Torroja and composed by the former Mecano vocalist and by the composer Lucas Vidal.

Directed by Fernando González Molina (creator and director of the series) and shot in Madrid, the video clip for "Paraíso" is presented "as a nostalgic look at the universe of the 90s that surrounds the series", which is the first production fantasy genre from Movistar +.

"Writing with Lucas Vidal has been easy and exciting. I was very nervous, because it was the first time I was going to write a song for a series, but both Fernando and Lucas made me feel very comfortable" and "together, we managed to make a song that will thrill, like the series, "said the singer in a statement published by the platform.

Vidal has also composed the rest of the soundtrack of the series. "I was born with Zemeckis films and watching films like" The Goonies ", which have marked a whole generation. Therefore, when exploring the sound universe for the soundtrack, Fernando and I were clear that we wanted it to have Eighties and nineties electronic touches with a more epic and orchestral part ", explained the composer.

"Paraíso" is transported to a town on the Levantine coast in 1992 and its story begins when Sandra, Eva and Malena, 15 years old and fans of Mecano, disappear in a disco without leaving a trace. The police don't seem to be looking in the right direction, so Javi, Sandra's little brother, begins an investigation with Quino and Álvaro, his best friends, and Zeta, the class bully.