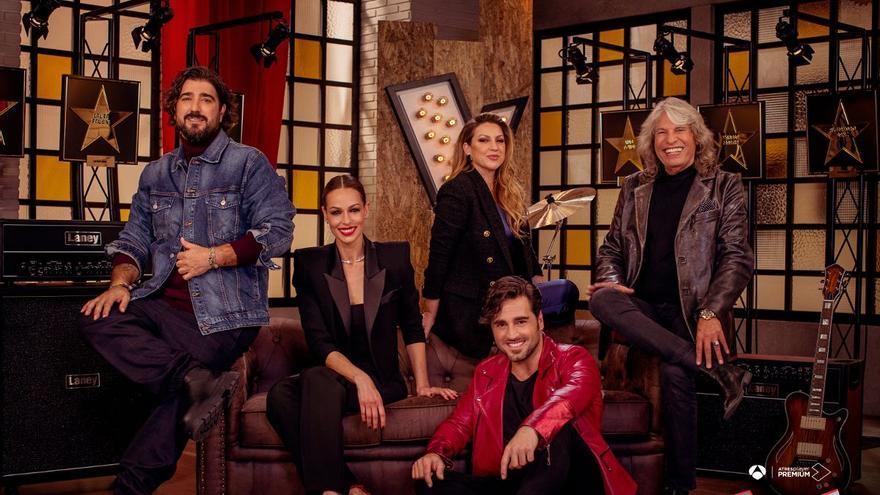 "It is never late if happiness is good", remembers Antonio Orozco speaking of 'La voz senior', the 'talent show' for the more mature that returns this Saturday January 8 to Antenna 3 (22.00 hours) with the premiere of its third season. This popular saying used by the interpreter of 'Devuélveme la vida' is a perfect fit for the musical contest, since it gives the older people the opportunity to make the dream of getting on stage come true after they have turned 60. " Society stigmatizes those years but in 'La voz senior' the contestants always feel that they are doing something nice", says the singer from L'Hospitalet de Llobregat.

He will once again be one of the 'coaches' of the program, in which he also repeats David Bustamante. They will be accompanied by two rookies in these tasks, but with ample experience in the tables: Niña Pastori and José Mercé. Both, in addition, had already served as advisers on other occasions. "We learn a lot with the participants", acknowledge the flamenco singer and the artist from Cádiz, while the finalist of 'OT 1'and contestant of the last season of'Masterchef celebrity' it states: "They remind me why I started in all this".

If you get excited about this, get ready for the show ❤

Eva González, who is once again master of ceremonies, confesses that the senior edition is the one that is the hardest for her to shoot: "They are the ones who pay the least attention to me. They are absolute freedom and they pass everything", he explains with a laugh. The reason?" They are not looking for a musical career, but what they want is to make their family feel proud. "The presenter reveals a novelty of this year:" The public will have a more important weight ", without wanting to go into details so that the surprise prevails.

As is customary in 'La voz senior', the program will not be as long as in the standard edition or the children's edition, and will consist only of four programs: two for auditions, one for the assault and one for the final. That will not prevent it from being one of the most varied, addressing all musical genres and featuring soloists, duos and even trios.

And a curious fact that Encarna Pardo, executive director of the production company of the contest, Boomerang TV reveals: this year they have had the "oldest candidate of all international editions" of 'La voz', a 95 year old woman who competed with his son, 63.

The 'coaches' recognize that, when evaluating performances (except in auditions, where they know nothing about the contestants), they do not only take into account vocal talent. "Everything counts", emphasizes Orozco, who underlines that "the path of an artist is long and there are a series of values ​​that have to be forged, such as humility". "It is that we do not stop being public too and we empathize with personal stories, with the way of being, and that in the end always influences ", adds Bustamante.

The program is one of the most internationally consolidated 'talents', and has a good number of followers in Spain. The last edition for adults, which ended last December, kept a an average of 16.6% screen share with 1,820,000 viewers. The children's version closed its last season in spring with an average 19.7% share and 2,164,000 fans.

That of the seniors is, yes, the weakest in audience: its second season scored 13.4% and 1.6 million viewers, a decrease compared to the 14.5% and 1.9 million of its first season.