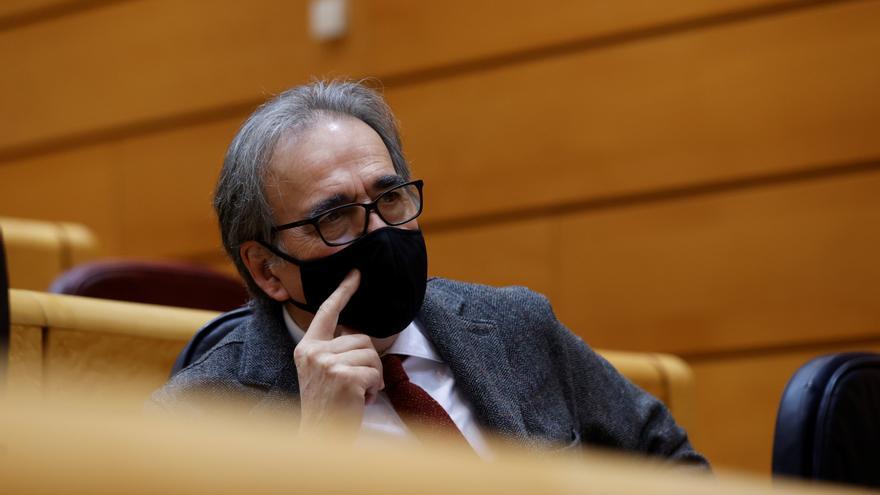 The plenary of Senate has definitively approved this Wednesday the project of Law of University Coexistence after not admitting any of the 106 amendments presented by the PP (30 amendments), Vox (25), Geroa Bai (23), JxCat (21), Cs (6) and PNV (1). The project has gone ahead with 152 votes in favor of at least the PSOE, ERC and PNV, against the 108 votes against the PP, vox, cs Y UPN. In addition, there have been 4 abstentions.

During the Plenary, three vetoes of the project have also been debated, presented by Cs, Geroa Bai and PP that, like the amendments, have been rejected.

The norm, which repeals the Francoist Decree of 1954 on Academic Disciplinewhich was still in force for students, defines a new system of fouls and sanctions for the university community (students, PDI and PAS) of public universities, with the maximum guarantees and the possibility of substituting sanctions, in certain cases, for measures of an educational or recovery nature.

Thus, with this new Law Hazing, plagiarism of Final Degree Projects, Master's or Doctoral Thesis, or sexual harassment are considered very serious offensespunishing offenders with expulsion from the college between two months and three years or the loss of partial enrollment rights during a course or semester.

Likewise, actions such as improperly seizing the content of exams are considered serious offenses; seriously deteriorate the assets of the university's heritage; unauthorized access to university computer systems; or prevent the holding of university activities, among others. The sanction in these cases ranges from the expulsion of a maximum of one month from the university, to the loss of enrollment rights or loss of the right to the ordinary call during a course or semester.

and they will be minor offenses actions such as improperly accessing university facilities or performing acts that do not seriously deteriorate property of the university's heritage. In these cases, the sanction will consist of a private reprimand.

The text submitted to vote today in the plenary session of the Upper House did not incorporate any modification with respect to what was agreed in Congress. It was precisely in this Chamber where the original project drawn up by the Ministry of Universities underwent important modifications.

Among the changes introduced (by the agreements between the PSOE, United We Can and ERC), the basic and state character of the law was suppressed with the aim of guaranteeing university autonomy, a modification that provoked the rejection of the university community and the opposition. This agreement between the three formations also allowed the universities to guarantee freedom of expression and the rights to meet, associate, demonstrate and strike.

From the PSOE, Senator María Fernández has defended the need for this law to repeal the 1954 decree and advance rights. "It is urgent to take this step that seems to have been unjustifiably postponed," said Fernández, who describes the repeal of Franco's decree as "excellent news." "This law makes the Spanish University a more modern University; what for you is ideology - he has asserted in reference to the PP -, for us are values ​​and democratic culture".

During the debate, the Minister of Universities took the floor, Joan Subirats, which has been present almost in its entirety. During his brief speech, he thanked the work carried out by his predecessor in office, Manuel Castells, and celebrated the approval of the law.

Criticism of the previous agreements between the Government and the ERC

Opposition parties like PP, Cs and Vox, have been critical of the previous agreements achieved between the two government parties, PSOE and United We Canwith CKD.

"This law had reached a certain consensus with the university community, especially with the Crue, and that text evaporated at a time as peculiar as the negotiation of the PGE of 2022", lamented the 'popular' senator Esther Basilia del Brío .

Although Del Brío has celebrated that this law ends the Francoist decree of 1954, he assures that it will be "very little useful in terms of changing or modifying university coexistence" and the "day to day of the universities". "Why has no one in a democracy wanted to modify this before? Because there has not been a great social demand, because we have above all this a regulatory framework, which is the Constitution," she pointed out.

The 'orange' senator María Ponce has also criticized the project, accusing the Government of practicing "caciquism" and lamenting the "lack of dialogue and respect" towards the senators and the Senate for not negotiating the proposals of the rest of the parties, only with the independence parties.

"They have swallowed all the demands of their sovereign partners; this is going to be the Ley Esquerra", he has said in reference to ERC, whom he accuses of "encouraging violence even in universities", using them, in his opinion, as a "battlefield" where harassment and harassment of professors and students who feel Spaniards, he said.

For its part, from Vox, its senator, José Manuel Marín, has criticized the "attitude" of the Government regarding the processing of legislative projects in the Senate. As for the text, Marín considers that "it does not contribute anything or solve anything." "We are facing a new episode of indoctrination and ideological propaganda," he said.

Reproaches to PP and Cs of the independence parties

During the debate, the senators of JxCat and ERC have addressed several reproaches to PP and Cs for talking about violence in Catalonia and for criticizing the agreements reached with the government parties.

"It must be very sad and very poor that the only argument for its existence is to go against Cataloniawhatever the issue we address", said Assumpció Castellví (JxCat) in reference to the senator of Cs María Ponce.

"To affirm that there is an open conflict in Catalan universities where constitutionalists cannot express themselves freely and voluntarily is lying; to speak of linguistic 'apartheid' is to lie; to speak of nationalist poison is to lie (...); they use language to create conflict where it does not exist, they use lies to talk about situations of non-existent harassment and, most seriously, they magnify the lies to have a press share", he pointed out addressing the PP ladies and gentlemen.

For her part, the ERC senator, Adelina Escandell, has argued that her group agreed to changes to the text with the PSOE and United We Can because they wanted university autonomy and competences in Catalonia were maintained, and because as politicians, their job is to "negotiate." "Saying no for him is not very easy, but our citizens have not voted for us to always oppose us, but rather to advance what is considered fair", he stated.

On the other hand, Escandell wanted a reflection to be recorded in the minutes: "We cannot accept lies as the basis of argumentation." In this sense, he reiterates that in Catalonia there is no harassment, but that "harassment and demolition" is practiced by both the PP and Cs. "From here to talk as if we were in a civil war... many of you would like it, but we are going to do everything possible not to fall into it", he finished his intervention.