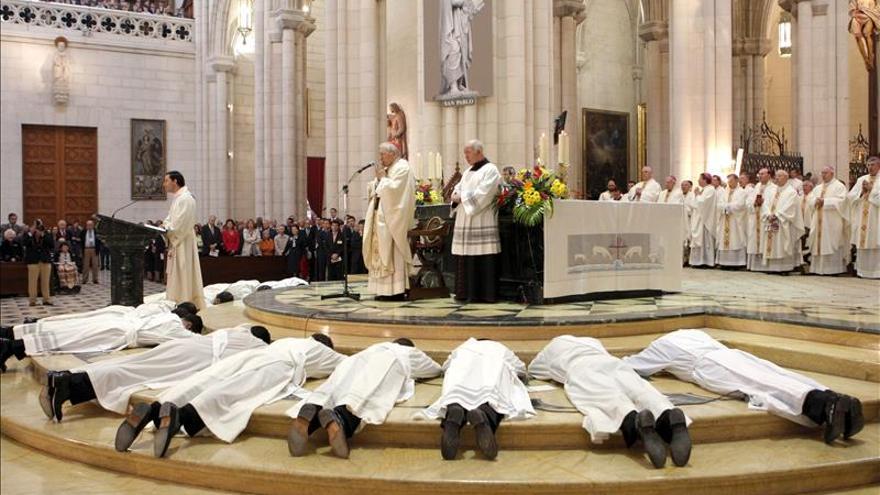 One of lime, and another of sand. The same day that the Episcopal Conference announced, with great fanfare, a spectacular increase in the collection it receives through the controversial Income Declaration box (301.07 million euros), in a small corner of its website, and after various media requested it, it also offered what is the worst data in history regarding religious vocations in Spain.

According to the figures for the 2019-20 academic year, in Spain there are 1,128 seminarians, which means that, since the beginning of the century, the Spanish Church has lost more than a third of aspiring priests. Far away are the figures of the sixties, in the heyday of Francoism, where students in Spanish seminaries numbered in the thousands. The latest figures that can be consulted on the website of the Episcopal Conference date from the 2001-2002 academic year, when Spanish seminarians numbered 1,736. And that, then, the decline could already be felt, mitigated a few years later by the last visit of John Paul II. Then free fall.

At the moment, only the data is known, because for the first time in a long time, the Episcopal Conference has not separated the figures by diocese, nor indicated the dropouts of seminarians. Just three figures: 1,128 seminarians, 208 new entrants and 124 ordinations.

And expectations don’t exactly invite optimism. Episcopal sources consulted by elDiario.es assure that during this course, marked by the pandemic and difficulties in training, the number of Spanish seminarians could fall, for the first time in history, below a thousand.

And that is counting the Redemptoris Mater Seminars, of the Neocatechumenal Way (popularly known as the ‘Kikos’), which currently accounts for at least one fifth of all vocations to the priesthood in our country, with 225 seminarians in the ten competing centers, in some dioceses, with diocesan seminaries. One more sample of model of priest who usually comes out of the formation centers of our country.

The vocations crisis was one of the issues that was addressed in the last Permanent Commission of the EEC, where the bishops learned first-hand the new (and worrying) data. Thus, the Episcopate has launched the Priestly Formation Plan To train missionary pastors, with which the Episcopal Commission for Clergy and Seminaries wants to carry out a profound formative renewal in seminaries.

Solutions? They do not appear in view (there is not even a debate about, for example, married priests, and less the access of women to the priesthood), although some bishops trust that, after the pandemic, there will be a return of the population to religiosity, and new vocations may emerge again.