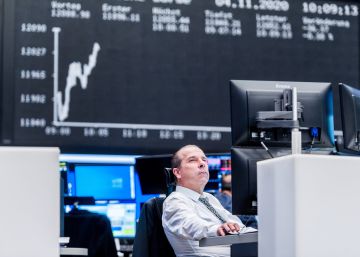 The president of United States, Joe biden, has taken control of both Houses of Congress after winning the Senate elections in Georgia yesterday. The way is thus paved for the new United States Administration – Biden will take over from Donald Trump predictably on January 20 – to adopt additional economic stimuli. The prospects for a larger tax package of aid, more corporate regulation and more taxes for companies and large fortunes favor some stock sectors and harm others. In general, experts point to cyclical, green energy, financial, biotech and infrastructure stocks as the big winners of the ‘blue wave’, while defense, pharmacy and technology would be the losers.

Investors hope that the Senate control obtained by Biden will allow him to carry out higher spending on infrastructure to boost the world’s first economy, devastated by Covid-19. The infrastructure program could not go ahead during Trump’s term precisely because of the lack of agreement between Democrats and Republicans on the scope and amount of it. The new scenario benefits construction companies. According to experts, all Spanish companies operating in the US would be boosted: ACS, Sacyr, OHL, Ferrovial or FCC. Also some related to materials with operations in the country, such as Acerinox and AcerlorMittal.

Likewise, companies of renewable energy. Among them, Siemens Gamesa and Solaria. Also Iberdrola and Acciona, which are very well positioned in renewables in the US.

In addition, Biden’s policies have an impact on the financial sector in the face of rising bond yields. Prices fell yesterday and, since they move in the opposite way, the interest of the US 10-year bond exceeded 1%. “A clean victory for the Democrats should raise expectations for US growth, with fairly obvious consequences for bond yields,” according to statements by Paul O’Connor, head of multi-asset at Janus Henderson Investors, collected by Reuters. “Especially on longer maturities, returns will have to reflect higher growth expectations and a larger supply of Treasuries,” says James Athey of Aberdeen Standard Investments.

From Link Securities, Juan José Fernández Figares maintains that the spectacular rise in banks yesterday is explained by the increase in long-term rates in the US and by the fact that valuations are very depressed. However, the director of analysis of the firm believes that a Democratic control of Congress may lead to greater regulation “that can penalize the sector, especially in the United States.” Furthermore, in his opinion, banking in Europe does not directly benefit from the control of Congress by the Democrats.

By cons, technological, which has been boosted during the health crisis, are among the most affected by the expectation of an increase in taxes and given that they could also face stricter regulations with the Executive and the Legislative in Democratic hands. Biden’s plans include potential antitrust measures. “The bad behavior yesterday of the great technological values ​​is explained in part by the fear of greater scrutiny of their commercial practices by Congress and, probably, of a new and more demanding regulation,” says Figares.

The corporate rate is expected to rise from 21% to 28%, but Natixis IM’s Jack Janasiewicz believes it could rise less, around 25-26%, given that a Senate controlled by Democrats “does not mean that everything will pass. for Biden’s agenda. ” He assures that “the Senate is far from being progressive and really should be categorized as moderate. Sudden movements to the left will be difficult to achieve.” Along the same lines, from Julius Baer they consider that “a narrow Democratic majority in a rather centrist Senate suggests that the new regulation, the increases in corporate taxes and the increase in expenses can be diluted.”

Still, “higher taxes on companies, capital gains and income will be considered as potential negative factors for the Stock Market, as will a more restrictive regulatory environment,” says Athey, adding that “antitrust regulation More robust and law enforcement have the potential to suck the wind out of the sails of big tech at a time when valuations there already seem increasingly difficult to justify. “

Also, the pharmaceutical sector It could be adversely affected if Democrats opt for price control, something they have been talking about for years. Companies with high exposure to the US such as Grifols and Almirall could be penalized.

Goldman Sachs foresees that, when the Democrats take over the Senate, a new economic stimulus package worth another 600,000 million dollars will be approved, which would join the 900,000 million dollars approved in the final days of 2020, which would boost consumption. “I think there are expectations that there will be much more spending,” Strategas president Jason Trennert told specialized media.