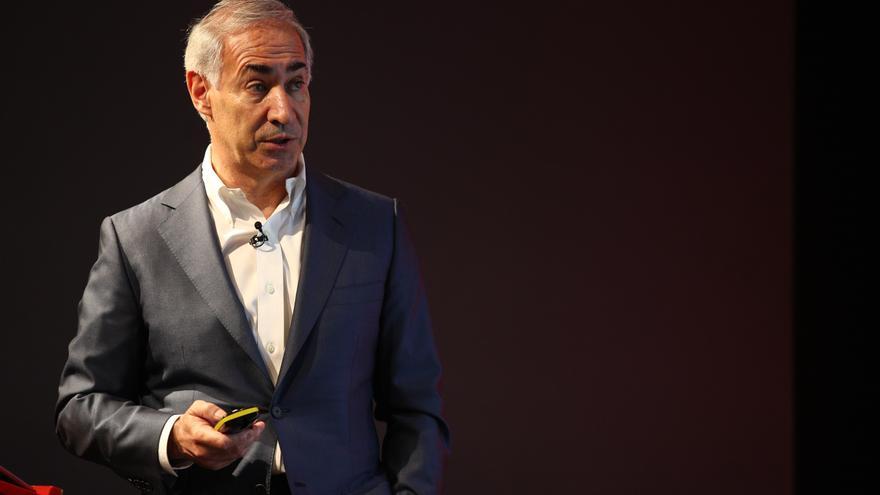 Antonio Coimbra, president of Vodafone Spain, launched a request to the Government on Wednesday to get involved in the development of 5G technology in Spain. Specifically, the manager has requested that 10% of the more than 20,000 million euros from European funds that are projected for digitization go to build the necessary infrastructures for the implementation of this technology.

Coimbra, which has participated in a meeting organized by Nueva Economía Forum, has made this request assuring that "the sector is not in a position to be able to face or support the investment necessary for the infrastructures of future economic and social development, especially 5G". He has estimated that at least 5,000 million euros are necessary and has requested that 2,000 million of them be processed from European funds, through partnerships between the public and private sectors.

The head of Vodafone in Spain has pointed out that European funds are "a great transformation opportunity" for the country and that it is a "unique" opportunity that should be taken advantage of. "If the Government is clear about it, it must invest at least 10% of the 20,000 million dedicated to digitization", has affected Coimbra. The manager has conceded that the Government "has done well" with the digitization plan until 2025 that was presented at the beginning of summer.

During about an hour of intervention, Coimbra has analyzed some of the aspects of the situation in the sector, such as the strong competition that has been experienced in recent times. The manager has assured that the regulator "has not done things well" in Spain, in a veiled reference to the CNMC. "The telecommunications policy so far has been the more the better, better 100 than 50", he assured, regarding the presence of a multitude of small competitors in the market of telecommunications operators, despite the fact that four companies dominate most of the sector .

In this sense, he has assured that in a "regulatory" sector such as telecommunications, which "needs heavy investments", it needs large operators capable of dealing with them. "The policy of the more the better has not led to the operators who invest have options to continue doing so," he stressed, stressing that the intention should be that "the better operators, the better."

This leads to the pressure being exerted by analysts and the market pointing to a possible new wave of mergers at the European level and in Spain in the market for telecommunications operators, as is the case with the financial sector. The name of Vodafone has sounded on different occasions as a participant in some of these operations in the Spanish market, however Coimbra maintains that "we are not going to comment on the consolidation in Spain."

The president of Vodafone Spain has pointed out that "Europe has lagged behind" compared to the US or China, where the markets are dominated by two or three large telephone operators. "It has a wrong policy of regulation and they are commenting on it to recognize it," he pointed out, adding that the European institutions are now seeking to encourage it to go from 40 large operators to five. "In Brussels it has been recognized that it is necessary to work to have fewer larger operators and Spain is no exception", he stressed.

Returning to 5G, Coimbra has been confident that policies that veto alliances with Chinese companies such as Huawei, Vodafone's main infrastructure partner, are not applied in Europe for the development of the new necessary networks, as has been done in the US with Trump. However, he has been less optimistic about the change in the White House. "I do not believe that American policy will change much with Joe Biden in relation to the issue of cybersecurity, although the style is different," he said, asking for "freedom to choose partners" or the implementation of 5G will be delayed.

Finally, Coimbra has recognized the problems that the traditional telecommunications sector has to improve its income. "The growth of the sector will not be due to connectivity since the income per client continues to decline, due to fierce competition, it is the reality," he pointed out. For this reason, he has considered that if the sector grows in the future it will be due to "new use cases" that can help to "create value" again. In this field, he has pointed to Internet of Things tools as an example.