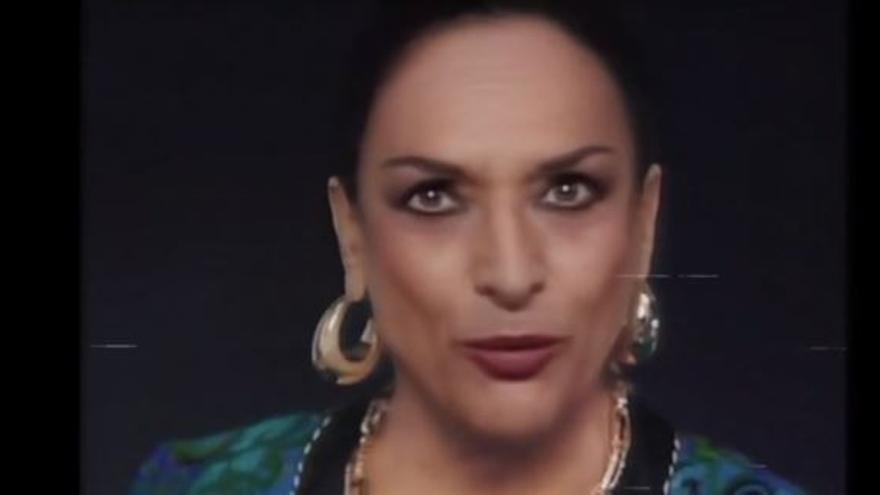 In a few hours, the Cruzcampo’s ‘Con mucho accent’ campaign has exceeded one million reproductions on social networks of an ad that ‘resurrects’ Lola Flores thanks to artificial intelligence to launch a message of vindication of one’s roots and respect for diversity, just on the 98th anniversary of the iconic artist’s birth. “Do you know why Lola Flores was understood all over the world? Because of the accent. The accent defines our personality. The accent gives us character”, reads the campaign, which recovers even the voice of the pharaoh in a ‘deepfake ‘that unfolds all the magic of advertising.

The stigmas on the accent, which Andalusians endure so often, are brought down by a claim of pride, for empowerment, ’empowerment’, or as Lola Flores herself would have said, power. All this has given rise to a cocktail praised for the creative genius that completes the music of Caliphate 3/4, the presence of young people from the School of Art of Seville, and to top it off, the Cordovan interpreter Maria Jose Llergo, who talks with the fictitious Lola Flores, in a work that has had the artistic direction of Carlos Jean and the post-production of Metropolitan. Behind is the hand of Ogilvy, agency founded by David Ogilvy, a legend in the industry and considered the father of modern advertising.

“Through artificial intelligence techniques, Cruzcampo has made it possible for what was probably the greatest Spanish ‘influencer’ of the 20th century to address the new generations with a universal message to value the pride of being who we are,” he sums up Esteban Velasco, responsible for the brand. “Getting the voice, face and gestures of the artist, which we all have so much in mind, has been a technical challenge for which hours and hours of audiovisual material, more than 5,000 images, and a meticulous composition process have been necessary and post-production, in which Cruzcampo has had the personal involvement of his daughters. Lolita and Rosario Flores they have advised and participated to shape it until the hyper-realistic result was reached, “he adds.

It has been, in fact, an almost surgical process, in which the sequence is implemented on the real face of an actress, applying the cranial morphology of Lola Flores, highlighting features such as the eyes, eyebrows, texture and color of the skin … With the added challenge that the images of the protagonist have the quality of the eighties and nineties. The company has posted the ‘making off’ In view of the impact of his campaign, a minute and a half video in which he explains the complicated work to rebuild Lola Flores and her voice.

The campaign has sparked debate about the use of the artist’s image, but it has the permission of the family, and as indicated, even the daughters have been supervising the filming. David Bravo, An expert lawyer in intellectual property, he explains that “the right of image was extinguished with his death because it is a very personal right”. Remember that the law allows “a protection action to be appointed in the will or, failing that, certain family members.” But the action is strictly in defense of his “memory”. It is a matter, according to what he says, of establishing the difference between “image” (very personal right) and “memory”, which “is basically of jurisprudential construction”.

The influence of the pandemic

Marta Garcia, Marketing Director of Heineken Spain, owner of Cruzcampo, indicates that the campaign will guide the communication of the brand in the coming years. After remembering that Cruzcampo “was born with an accent in a land of accents”, 116 years later he continues to evolve to do different things. “But this campaign goes beyond the brand, it is a universal message in defense of diversity, pride of roots and the importance of being oneself. The accent is the result of our environment, our people, our culture. The accent is present in all aspects of our personality and we all, without exception, have our own. And instead of hiding them, with this campaign we want to celebrate them “, he sums up.

In his opinion, “advertising is a living art, which lives in emotion, of the things that matter to people”. It is precisely in complicated moments like the present ones “when it touches more to pull the accent” as “a powerful tool to return to the origin, to what is really important, to get the version of ourselves and move forward”. In fact, ‘With a lot of accent’ began to take shape before the pandemic, “but it is curious how the message becomes even more relevant after what is happening,” he says.

Along these lines, he recalls the difficulties: “It was March 12 when we were filming in Malaga with María José Llergo and the rest of the protagonists, amid disbelief and uncertainty about what was to come. We decided to postpone the launch and focus all our efforts on the social movement to support the hospitality industry #FUERZABAR “. Today, without neglecting that commitment, they are “very happy that this campaign finally sees the light, with a message that becomes even more relevant and topical.”

María José Llergo is proud of her accent, “a tool to write the world in a personal way” and a reflection of the “impact” that her land leaves on her. The young cantaora admits that she has enjoyed during the making of the ‘spot’ and the “dream” of having been able to speak with Lola Flores, even thanks to technology.

It is not the first time that the company has committed to the identity of Andalusia, where it has been making beer for a century, to advertise itself. This time, yes, powerful campaign has given much more to talk about than usual. The Twitter profile of the brand, very used to responding sarcastically to those who criticize the most popular beer in Western Andalusia, has had to work hard. There has been no shortage of people who have been ironic with the brilliance of the campaign but questioning the expertise to make beer. But this Thursday, without a doubt, they have won the congratulations.

On the board, another debate. The use of ‘deepfake’, which are nothing other than fake videos of real people made with artificial intelligence. Are they valid for advertising? In what circumstances? How far can they be used? In this case, there is no doubt that the advertisement impacts but does not mislead because from the first moment the brand has explained how it was done. And Lola Flores, the pharaoh, has sent us a message again.