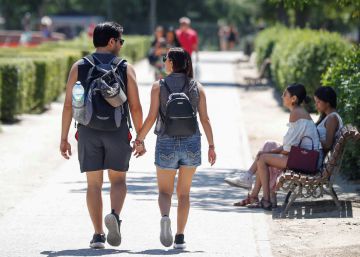 Spain lived in 2008 the chronicle of an announced death. Many economists anticipated the exit of the euro by not having enough competitiveness to grow back into the single currency. Others made Japanization scenarios keeping the family savings rate at 20% of their income in 2009, and now it is at 5%. There was talk of secular stagnation, and investment in business equipment is already at historic highs above the levels of 2008.

Some economists emphasize that the Spanish economy has proven to be very grateful since 1959, following the Stabilization Plan for opening to international trade and the gradual elimination of the price, salary and interest rate planning system. There are many causes that explain this phenomenon, but there is an idiosyncratic one of Spanish society: in Spain the family institution continues to have strong ties of roots unfit for a developed country.

Spaniards learn from children to respect our elders. And from parents to children is transmitted the healthy ambition of getting children to live better than their parents. When this generational progress is at risk society is convulsing, there is a political crisis and the necessary reforms are approved to continue social progress. In the crisis, grandparents redistributed their public pension to those most affected by the crisis, which means a very resistant protection network.

This helps explain the sacrifices of the parents so that our children have a good education. And that investment in human capital has been crucial to explain the progress of Spain in recent decades. Yet there is a lot of school failure and it is concentrated in families without studies and low income. Therefore, there is still room to increase human capital and per capita income in the future.

This obsession for our children to live better than us helps explain the high adaptability to change of Spanish society. We adapted to globalization in 1959 with the Stabilization Plan after an extreme autarchy. TO democracy after a four-decade dictatorship, without violence and with a reference transition for other countries. To the European Union and the system of greater legal security in the world.

Since 1975 we have doubled nonfarm employment and tripled social spending per capita. The problem in Spain is not the growth but the quality and stability of it. We create low productivity jobs in companies with little technological content, and that explains our difference of income and wages with the most developed countries. In recessions, our unemployment rate systematically exceeds 20%, something that does not happen in any other country in the world.

There are pending economic reforms: first, to develop the innovation ecosystem; second, to design a 21st century labor relations framework that maintains growth but reduces volatility; and third, to get the financial system to channel savings to innovative companies and not just to brick.

Four vegan recipes for the weekend