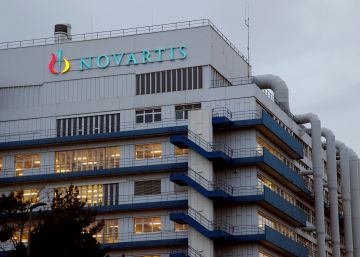 The confidential clauses signed by the Ministry of Health and the pharmaceutical Novartis and Gilead to finance expensive CAR-T therapies against two types of hematological cancer provide for a deferred payment system for which companies will not charge the second part – up to 64% of the total – if the patient does not survive at 18 months. This has been confirmed to EL PAÍS sources in the sector, who emphasize that this “payment for results” formula has been designed to alleviate the uncertainties that still weigh on the effectiveness of these treatments and mitigate the impact that their high public health will have Price, higher than 300,000 euros.

The desire to keep the content of these clauses secret has led Novartis to appeal in court a resolution of the Transparency Council that urged Health to report on them to the platform is not healthy, formed by several medical entities, consumers and promoters of transparency in the health field. These types of conditions are common in the CAR-T agreements reached in recent months between pharmaceutical and European healthcare systems, but this is the first time they are published.

The Kymriah (Novartis) is the first CAR-T included in the Spanish public health portfolio. It was last January with a maximum price – hospitals can negotiate small discounts – of 320,000 euros, while that of Yescarta (Gilead) was in July for 327,000 euros. Both drugs are the most expensive against public health cancer and “the last therapeutic option for patients who have exhausted all available ones,” explains Ramón García Sanz, president of the Spanish Society of Hematology and Hemotherapy. "They are a transcendental therapeutic novelty that combines prior knowledge about the body's defenses against infectious diseases and the fight against cancer cells," he adds. CAR-T therapies, applied in a single dose, are based on reprogramming cells of the patient's immune system so that they learn to eliminate malignant cells.

The Kymriah agreement provides for a first payment of 160,000 euros (50%) when administered to the patient. The drug is indicated for patients up to 25 years with acute lymphoblastic leukemia and for patients with diffuse large cell B lymphoma. The second half will be paid a year and a half if the patient has had a complete response to treatment and "is free of disease."
In acute lymphoblastic leukemia, this is considered achieved if the analysis reveals a "residual leukemic cell presence, less than one in 10,000 cells analyzed." In lymphoma, the response to treatment is measured with more complex and somewhat different clinical criteria. The Yescarta agreement provides for a first payment of 85,000 euros (36% of the total) and a second of 152,000. In this case, the criterion for completing the payment is based on patient survival. Yescarta is indicated for the aforementioned B lymphoma and other lymphoma subtype.

The agreements include other requirements for pharmaceutical companies regarding the first payment. The lymphocytes undergoing CAR-T are extracted to the patient in one of the 15 large Spanish public hospitals selected by Health, after which they are sent to the United States. "To collect the first part of the treatment, the hospital has to receive the cells with all the specifications in 30 days in the case of the Kymriah and in 28 with Yescarta," sources in the sector explain. "If they do not, as has happened on occasion, the first term is not paid even if the drug is used," these sources add. The sector emphasizes that firms assume "other risks", such as remaining uncharged if the patient dies or ceases to be able to receive the drug while it is in the production phase.

According to Novartis, clinical studies show that 62% of patients – children and adults under 25 years old – with acute lymphoblastic leukemia are free of the disease at 24 months, while 54% of those with B lymphoma have a response. Complete at 19 months. Gilead provides studies with similar positive results published in journals such as The New England Journal of Medicine or The Lancet Oncology.

Despite these encouraging data, the extension of the first CAR-T therapies has been marred worldwide by the high prices applied by pharmaceutical companies, in a debate in which two controversies overlap. The first is the refusal of companies to report on the real costs of research, development and production of drugs. An article published a year ago in Health Affairs magazine — rated by The Washington Post as the "bible" of health policies— stressed that the production of a dose of CAR-T does not cost more than 36,000 euros. Taking into account all the costs of research, development and margins in the sector, the magazine estimates that the price of Kymriah should not exceed 144,000 euros. In Spain, the leading hospital in these therapies – the Clinic of Barcelona – has managed to develop the drug with a cost of less than 60,000 euros, although the process is still in the trial phase.

The second is the pricing model driven by pharmaceutical companies, called "price for value" and that is not related to costs, but with an estimate of the years of quality of life that the patient achieves. In a written response, Novartis argues that "setting prices based on the value they provide to society is the most appropriate mechanism to define them in countries with free markets in most sectors."

This approach has encountered a strong response in many countries. “With this criterion, how much would the antibiotic that saves a baby's life with all life ahead be worth? Or the surgical process of appendicitis without which a six-year-old child would die? ”, Says Ramón Gálvez, former manager of hospitals such as La Paz and on October 12 in Madrid and who now runs the Association for Fair Access to Medicine, one of the six entities that is part of No Es Sano.
In the United States, the first country to approve these therapies two years ago, pharmaceutical companies are free to set prices. Novartis set the Kymriah for the treatment of leukemia at 426,000 euros and for lymphoma at 335,000 euros, the same price that Gilead set for Yescarta. In countries with public health coverage, agreements reached with pharmaceutical companies set disparate prices, although the existence of confidential clauses prevents estimating the real cost of treatments. The United Kingdom, for example, was the first European country to approve both treatments. It agreed a price of 370,000 euros for Kymriah and 387,000 euros for Yescarta, although the agreement "provides for confidential discounts," according to the British press.

The experts consulted in Spain do not share the “price for value” model, but they do highlight the advantages of the “payment for results” approach applied by Health. "It is true that prices are very high and that there is no transparency in the way they are set," says Olga Delgado, president of the Spanish Society of Hospital Pharmacy. "But the great virtue of the new system is that it requires a detailed evaluation of each treatment."

The new evaluation system, called Valtermed and which entered into force on Monday, "will allow to know the real results of treatments to which we now devote large amounts of money without knowing the real benefits they bring." According to the available results, Kymriah and Yescarta bring clear benefits over a two or three year horizon, but there are not yet enough data to assess their cost beyond. The two drugs were the first to be approved urgently by the European Medicines Agency given their potential.
Ramón Gálvez points out that these first two CAR-T therapies will add others soon. "There are some in a very advanced state of development and ongoing research focused on solid tumors, which would trigger the number of potential patients from a few hundred to tens of thousands," he says. "Will there be money to pay them all at these prices?" He asks.
The significance of this debate is what leads No Es Sano to reject the “opacity of the drug approval and financing system” frontally. “It is a decision taken by governments with public funds. Citizens have the right to know the content of these agreements and this cannot be limited by the interests of the industry, ”says Vanessa López, director of another of the entities of the platform, Salud Por Derecho.

The sector, for its part, argues that it is these agreements that allow prices to be adapted downwards according to the reality of each country. Without confidentiality, they add, the tendency will be for prices to be matched upwards and access to therapies for new patients will be hindered.

David, who is 16 today, is the bright face of the new CAR-T therapies. Football is his great passion, but acute lymphoblastic leukemia has kept him away from the pitch for most of his life. He suffered the first scourge at age five, but he overcame it thanks to chemotherapy. The second arrived at 11, his first relapse. “He had a bone marrow transplant. It was very hard. He recovered, but he had to learn to walk again, ”recalls his mother, Lydia Maqueda. Two years later, a new ax: the second relapse exhausted the available treatments and brought David to an experimental treatment with Kymriah, of Novartis. Lymphocytes were withdrawn at the Sant Joan de Déu Hospital in Barcelona, ​​which, through a process involving inactive viruses, were reprogrammed in Philadelphia (USA) to learn how to identify cancer cell antigens. Back in his body, white blood cells were able to kill cancer cells. He was admitted again two weeks, he spent some hard days, but for David that was almost like scoring an empty goal. After two months, he returned to the institute. Shortly after, he was already running after a ball. “It is a wonderful process. There are no other words to describe it, ”says Maqueda.

The treatment that has cured David is no longer experimental, but a reality funded by Spanish public health. The forecasts of the Ministry of Health are that 68 people will benefit per year in Spain from CAR-T therapies for leukemia and another 339 for lymphoma, which raises the annual cost for the public coffers of these treatments to 130 million.