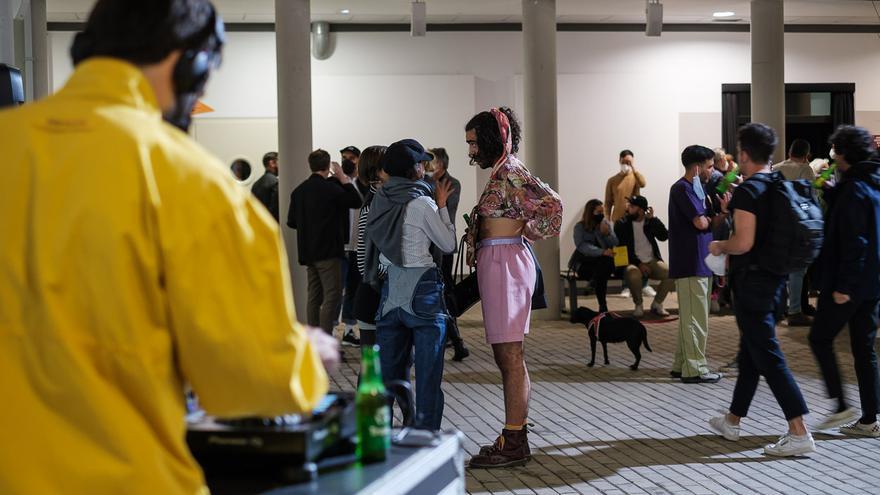 CCA Gran Canaria Audiovisual Culture Center celebrates on February 24, at 7:30 p.m., the second of the talks scheduled within the framework of the project called dance the citywhich also includes in the aforementioned center managed in Schaman by the Ministry of Culture of the Cabildo Gran Canaria, the exhibition of the sample scenariosby the architect María Rodríguez Cadenas.

The second of these talks entitled Present will have the participation of the teacher Anthropology of Tourism at the Iriarte University School of Tenerife, Pablo Estévez and the musician Kilian Gonzalez (Highkili), who will talk about the current moment in the context of the pandemic, which for both supposes a forced pause both for Party like for him public space as such. Estévez will refer to the new folklore and the sounds that can help to constitute the new Canarian identities, while the artist Highkili will offer a small musical session. Both, together with the architect Ernesto Ibanezthey will have a conversation in which they will try to reflect on these questions.

It should not be forgotten that the project dance the city is raised from a cohesive and inclusive perspective, with the purpose of explores those collective celebrations that, under different formats (romerías, carnivals, raves, or neighborhood parties) have appropriated the urban spaceapart from private leisure circuits, to become a vehicle for reinforcing identity and social cohesion.

In two exhibition rooms, the public can see audiovisual installations, large-format projections of historical videos of the festival in Gran Canaria, or a photographic sample of different spaces on the island related to the celebration. The program of the aforementioned project It is completed with the final talk that will take place on March 9, at 7:30 p.m., at the CCA Gran Canaria Audiovisual Culture Center.

Pablo Estevez Hernandez (Tenerife, 1985) He is a doctor in Anthropology from the University of La Laguna and professor of Tourism Anthropology at the Iriarte University School in Tenerife. His research work is focused on ethnic categories, borders and mobility, but his interests expand to tourism and power, to the metaphors that think the territory and traveling cultures.

For its part, Kilian Gonzalez (Gran Canaria, 1993) in its beginnings it is known under the pseudonym Privaysmoke like MC, Greenphlegm as a DJ next to his crew form the collective Jaira Sound System, heirs to the sound and tradition of Bulla People. Jaira organizes raves in different parts of the island, with the aim of making room for local DJs with tastes outside the commercial scene. Pryvaysmoke, Greenphlegm, becomes HighKili and HI-KI. With a more mature vision and the experience gathered from the local scene, Kilian connects with national and international artists through events and musical collaborations. Today he works in the production of the capital's Opera party, where he continues to export the rave scene and culture to different clubs. He currently collaborates as an active member of the Pub Pelukas, Jaira Sound System and the BONG collective projects.

Ernesto Ibáñez (Gran Canaria, 1993) He is an architect from the University of Las Palmas de Gran Canaria, independent researcher and Future Architecture Platform Fellow. His practice focuses on the relationship between city, society and digital realities, obtaining national and international recognition. He is co-founder of à la sauvette, a collective with cultural production in cities such as Paris, Ljubljana, London, Lisbon or Berlin, with whom he has developed several projects in which the importance of celebration in public space and its possibilities as a identity claim vehicle.