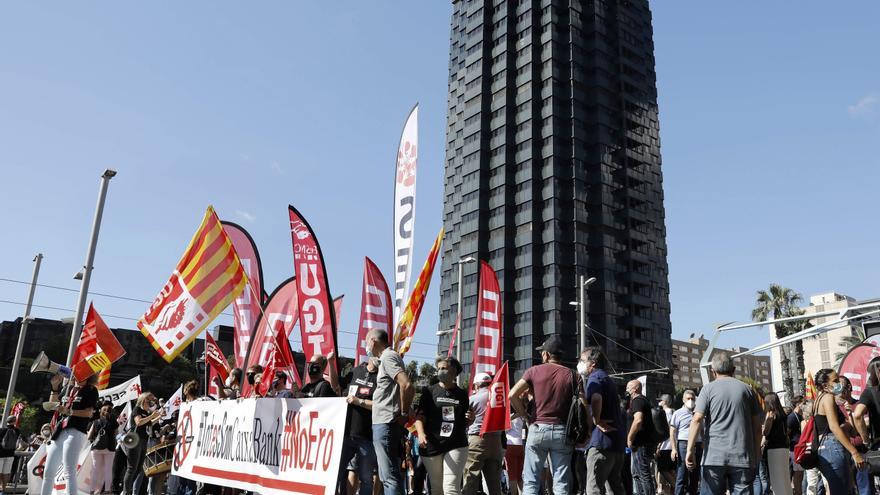 Key days for the future of CaixaBank. The bank and the unions have reached the last day of the negotiation period for the ERE, which originally affected 8,200 workers, without an agreement in sight. In the background, the workforce has returned to protest against this collective dismissal, with the second day of strike in a week. According to estimates from the unions, 90% of the offices have closed this Tuesday due to the protests and there has been a 95% drop in the bank’s activity.

The situation facing the largest bank in Spain is complicated. Formal negotiations began almost two months ago, with an initial number of affected more than 8,200 workers, although the company has been reducing the number through relocations in other group companies. However, the positions remain at odds and the unions consider that there should be no forced exits, a point that they consider a red line, and that the voluntary nature of the process should prevail.

This Monday, the negotiating table between the parties lasted until the stroke of midnight, trying to reach an agreement that would avoid the strike on Tuesday. However, the unions finally considered that the progress was not enough and maintained the day of protests. “The management is still stubborn with” forcefulness “as a means of reaching 8,291 departures,” CCOO said on social media after ending the meeting.

The CaixaBank management presented yesterday a new proposal at the negotiating table with the unions that improves the compensation for workers who will leave the entity with the ERE, although it maintains the number of departures at 6,950 workers. After a marathon meeting that began in the morning and ended around 12 at night, the unions yesterday rejected the bank’s latest proposal, since despite the fact that the entity has lowered the initial departures, placing them at 6,950 people, the imbalance in the Provincial quotas lead to “forced layoffs,” according to the unions. For them, this situation is “unacceptable” and they consider that it is possible to implement other non-traumatic measures, while accusing the management of “making small movements” without withdrawing any of the forced measures that represent a “red line”.

If an agreement is not reached on Tuesday, with the 2012 labor reform in hand, the bank could apply the ERE unilaterally. Three weeks ago the first expiration of the formal period was reached and the parties agreed to extend the negotiations. Now, according to union sources, “it is in the hands of the bank.”